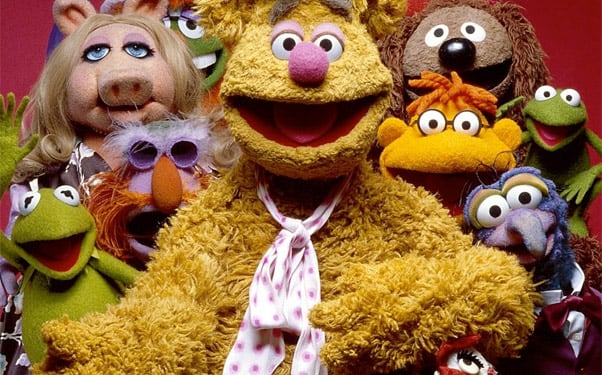 “I appreciate the Muppets on a much deeper level than you,” proclaims a popular T-shirt. It’s a garment I could never wear. Despite being a transgenerational phenomenon beloved by children and inner children alike, the Muppets have never held much sway with me. I do have TV memories of Kermit and company, but I think I watched more of the probably-odious-in-retrospect cartoon “Muppet Babies” than the classic ’70s series. It’s not that I have anything against Jim Henson’s iconic creations, but the fervor that leads legions of fans to record soulful YouTube covers of “The Rainbow Connection,” and that spurred Jason Segel to jumpstart the franchise in a burst of metafictional fanboy glee, has always eluded me.

So it’s not a surprise that I never bothered to see The Muppet Movie, the puppet troupe’s original cinematic incarnation. While I’m glad I finally caught up with it — move right along if you were hoping for some sort of curmudgeonly anti-Muppet screed — I’m also kind of glad I waited. The humor in the movie, as supplied by screenwriters Jack Burns and Jerry Juhl, is surprisingly fresh and sophisticated, with loads of self-referentiality and, amazingly, no kid-pandering whatsoever. I doubt I would have appreciated this as a youngster, and besides, Burns and Juhl’s style of humor probably makes more sense in our current comedy era than ever before. 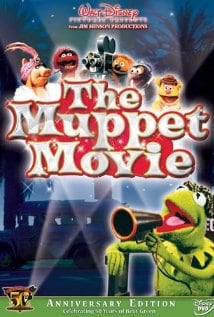 From its hall-of-mirrors framing device (the Muppets attend a private screening of the movie we’re already watching) to characters’ repeated consultation of “the screenplay” in order to move the plot forward, The Muppet Movie pioneered a form of family-friendly comic postmodernism 10 years before “The Simpsons” was a blip on anyone’s radar. We live in the post-“Simpsons” era, where network sitcoms traffic in casual metatextuality and “Curb Your Enthusiasm” can orchestrate a diegetic “Seinfeld” reunion. I won’t go so far as to claim that modern narrative comedy originated in The Muppet Movie, but despite the occasional dated or corny joke — a running gag about hare krishna is both — the film’s humor holds up perfectly, even splendidly, in 2012. I could spend the rest of this piece simply listing funny jokes. Fozzie, thinking twice about doing some crowdwork on a menacing fat guy: “Everybody liked him and there was nothing funny about him at all” (incidentally, this sentence would make a good epitaph for Jay Leno). Fozzie again, declaring his unwillingness to team up with Kermit, and then, after a long silence on Kermit’s end: “All right — you talked me into it!” And few jokes are as geometrically perfect as the following exchange. Fozzie, after the members of Muppet rock band Electric Mayhem paint his car in psyched-out colors: “I don’t know how to thank you guys.” Kermit: “I don’t know why to thank you guys.”

Timeless or groundbreaking as its humor may be, one aspect of The Muppet Movie keeps it firmly planted in 1979: the cameos. Mel Brooks indulges his Nazi fixation as a goose-stepping evil scientist; Madeline Kahn attempts to seduce Kermit; Carol Kane shows up expressly for the sake of a monosyllabic gag; Steve Martin dons hilariously unexplained short-shorts as a severely passive-aggressive waiter; and best of all, a rotund Orson Welles, as boss of the studio where the Muppets hope to make their dreams come true, stoically delivers a line worthy of “The Simpsons”: “Prepare the standard rich-and-famous contract!” Like the celebrity guests on “The Muppet Show,” the parade of cameos in the film functions as a fascinating tour of ’70s cultural history.

For all my evident appreciation of The Muppet Movie, I still don’t particularly give a shit about the actual Muppets. I mean, they’re fine. They’re cute, I guess, and as ageless creatures untethered to a particular moment in cultural history they do increase the film’s sense of timelessness. But the movie is notable for its comedy writing, first and foremost; any puppety cuteness is strictly secondary (or tertiary, if you get more pleasure out of the cameos than the main characters — which I basically did). Muppetmania still feels foreign to me, but when it comes to their debut feature’s comedic achievement, I’ll paraphrase Fozzie: all right, Muppets — you talked me into it.