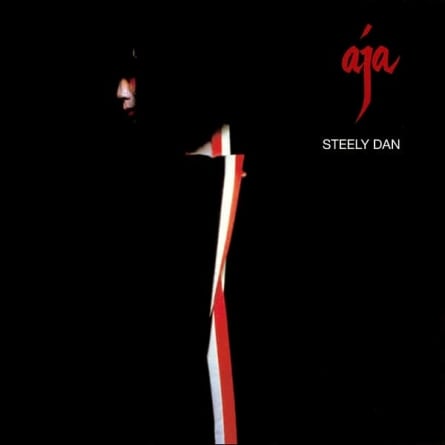 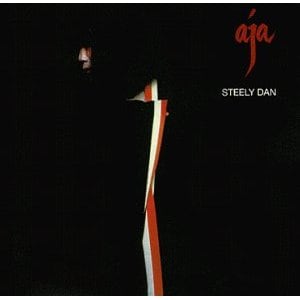 I once read somewhere that Steely Dan is one of the most sampled groups in hip-hop. It’s not hard to believe- the band’s sound is one that’s rife for consumption: jazzy, melodic and complex instrumentation with plenty of room to be worked around (notably in Kanye West’s “Champion”, which samples “Kid Charlemagne” and Lord Tariq and Peter Gunz’ “Deja Vu”, which flips “Black Cow”). They also pioneered the forgotten art of the “yacht rock diss war” with The Eagles, killing them on their own shit in songs like “Everything You Did” with the infamous refrain of “Turn up the Eagles/ The neighbors are listening.”

As the World’s Biggest Steely Dan Fan Who Wasn’t Around In The ‘70s, I’m aware of the band’s longevity and presence, but they never quite seemed to be as huge as they deserved. Their debut, Can’t Buy a Thrill, is a diverse and jaded antithesis to the psychedelia that dominated the end of the 1960s – it was an album for the folks who got sick of all the hippies and their pot and stuck to good ol’ cocaine, thank you very much. Steely Dan’s sharp lyricism and cynical, downbeat lyricism would also find an outlet in their sophomore effort Countdown to Ecstasy, but their crowning achievement is 1977’s Aja. It has been recognized as such officially, having been selected in 2010 by the Library of Congress as culturally significant, but no one ever talks about what a banger of an album it is. It’s a tight, focused and funky little number, clocking in at just under 40 minutes. It’s also a pinnacle of the accessibility that fusion and jazz-rock can attain, both creatively and commercially.

Aja is an album about loneliness, about longing – these songs are filled with characters who stare and wonder and plan for what’ll happen instead of living in the now. Opener “Black Cow” is a deceptively danceable number about a guy who’s tired of the philandering love of his life. Over a bass-heavy, synth stingy groove line, Donald Fagen and Walter Becker craft a moving yet hard-nosed account of a love that just can’t stand its partners. The specificity of the refrain, “It seems so clear/ That it’s over now/ Drink your big black cow/ and get out of here,” directly parallels the first lines of the song, and the dichotomy between a beverage as innocent as a black cow (a fountain soda with ice cream) and the sordid nature of the story is paramount. The duo’s keen sense of detail and for lyrical plotting and suggestiveness make all their songs into tiny short stories, pulsing with a healthy shade of noir and the obsession with idiosyncrasies that dominates the fiction of Raymond Chandler.

The title track is a thick and well-paced piece of pure jazz-rock, featuring two (!) percussive breakdowns that are augmented by a blistering saxophone solo from none other than Weather Report’s Wayne Shorter. The lyrics to the song are more impressionistic, but as Fagen sings of double helixes in the sky and nighttime thought-wandering, the rollicking guitar line gives way to the machine-gunning sax. Fagen and Becker are known for their engineering perfection, to wit, this album won a Grammy for Best Engineered Recording, Non-Classical (and Fagen’s sublime 1982 solo album The Nightfly is considered a benchmark in studio technique). Allegedly the solos in some of the tracks reached Kubrickian numbers of takes, but all for the right purpose; the haunting synth whistle that is laid under that breakdown at the end of the song is eccentric synchronicity.

The most telling and confident piece on the record is “Deacon Blues,” one of the most perfect pieces of song composition/ structure ever recorded. It’s a scummy, scuzzy little tale that sounds as gorgeous and expansive as it is lurid and intimately apocalyptic. Our titular character sings of nights started with Scotch whiskey and capped with car crashes, with a voice that slathers romance and desire into something so terrible. The mid-tempo backing track occasionally plunges in a soulful sax, particularly giving note to the lyric, “Learn to play the saxophone/ and I’ll play just what I feel.” While the register Fagen uses continuously slips while he sings the different refrains, perhaps echoing the character’s resolve, it’s a brilliant use of technique to indicate how the night that suddenly seemed so in love with doom is slowly giving way to the cold realization that it’s a cycle that will never sway, one of pity and regret. The song is soaked in a cloud of stale rotgut remains as much as its protagonist, who semi-proudly declares he wants a name when he loses.

Steely Dan’s Aja is recognized as one of the band’s more significant efforts, both in sales numbers as well as in award recognition, but its milestone status is rarely discussed. It stands as the band’s most complete exemplar of their signature sound. While they were labeled as “yacht rockers,” Aja is a mature and evolved work than the sunny skies and breezy days of yacht rock could never quite encompass. It’s more the sound of the crew, sneering and bitter and drunk, after the party’s cleared out. It’s a brilliant work that compromises no artistic vision and remains an upper echelon effort in American music.