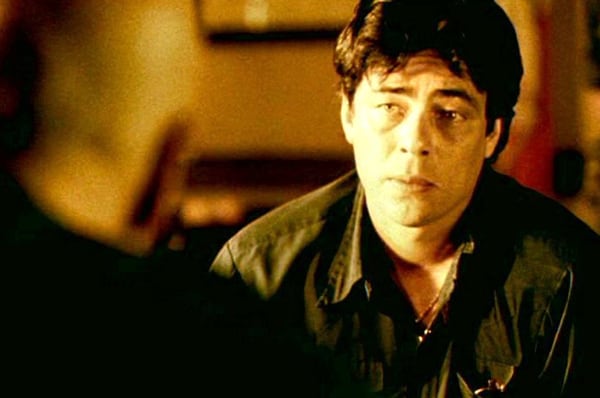 It has been 12 years since the release of Traffic, Steven Soderbergh’s remake of the 1989 British mini-series “Traffik.” The film version concentrates on three interconnected locales: an escalating drug war in Mexico, the sting operation to take down a kingpin in San Diego and Washington’s newest drug czar, an Ohio politician who cannot even prevent his own teenage daughter from falling prey to addiction. In light of the Mexican Drug War that has consumed the latter half of the ‘00s, Traffic is now a quaint, almost prescient look at the perilous direction our nearby nation has headed and how our country’s taste for drugs and its erroneous policies have fueled the conflict.

Back in 2000, violence stemming from Mexico’s drug cartels was not unheard of, but it was nothing like the current situation. Many still believed that Nixon’s deleterious War on Drugs campaign discouraged the distribution and use of narcotics in the United States. On a basic level, Traffic demonstrates just how incompetent this failed policy is, creating more harm than anything else. Written by Stephen Gaghan, who transposed the BBC’s European locales to North America, the film uses its multiple stories to point out who really suffers from these draconian policies: everyone.

The first story concerns Javier Rodriguez (Benicio Del Toro), a Tijuana cop who falls in with a crafty general who is aiding one cartel in overthrowing another. In San Diego we meet DEA agents Montel Gordon (Don Cheadle) and Ray Castro (Luis Guzmán) who are hoping to use captured dealer Eduardo Ruiz (Miguel Ferrer) to bring down syndicate head Carlos Ayala (Steven Bauer), an operation that awakens the evil in Ayala’s pregnant wife (Catherine Zeta-Jones). Finally, drug czar Robert Wakefield (Michael Douglas) is trying to transition into his new job just as his daughter Caroline (Erika Christensen) falls deeper into drug addiction.

Traffic is right to examine all of these facets of the drug trade, but the Mexico scenes are the most intriguing and also the most problematic. Last year, 11 years after the film’s release, more than 16,000 people were slain as a result of the conflict in Mexico, up from just 62 in 2006. If Traffic was written now, would Soderbergh still concentrate on the American side of it all? Somehow, a number like 16,000 is much more staggering.

Soderbergh shoots his Mexico scenes in a bleached palette, creating a world apart from his San Diego scenes, although separated by only a few miles. Since Soderbergh films Mexico as if it’s another world (he allows his Mexican characters to speak in Spanish at least, thank God) he creates a dusty wasteland so different from the hushed blues of Wakefield’s leafy, suburban Ohio home or the bright sun of San Diego, making both of these milieu feel familiar while creating a strange alienation in the Mexico passages. It may look interesting, but Soderbergh isolates us from Javier’s struggles by playing politics. It’s as clear as the border that separates Mexico from Southern California, a border that has transposed itself into the movies.

Traffic may be a movie with a message, one that the Hollywood studio system refused to make, forcing Soderbergh to release the film independently, but it is also entertainment. It is fast-paced with a host of famous actors thrust into exciting and dangerous situations. Although it runs nearly two and a half hours, the film never feels slow, never lags. He is right to leave many of his stories open-ended because the drug war wages on. The members of one cartel kill those of another, shooting down not only soldiers but the innocents stuck in the middle of the flying bullets. For these murdered innocents, there will be no lights at night for baseball. The optimism Soderbergh tries to instill in the film’s waning moments is nothing more than fairy tale.