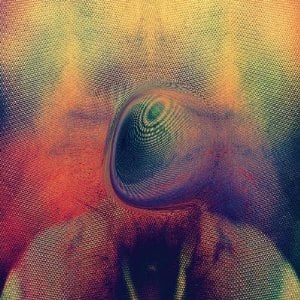 [xrr rating=3.0/5]From its colorful, tropical fish flying through a nebula beginnings to its laidback, shimmering closing track, Young Magic’s Melt is a trippy album. While it’s difficult to describe exactly what “chillwave” as a genre consists of, it’s easy to point out examples; Young Magic is most certainly one of them. The moniker belongs to one Isaac Emmanuel and various unnamed friends, Melt being the debut full length album after several scattered releases. Something like the opposite of Bon Iver’s For Emma, Forever Ago, Melt was recorded over the course of a year while Emmanuel traveled the world, enlisting friends to contribute/borrow instruments from, and it comes off surprising cohesive as an album. But while it feels of a whole as a piece of music, it rarely feels like one that rises above a mellow, unfocused trip.

Again, what is chillwave? In short, I think it’d be fair to define it as psychedelic pop without the hooks. Melt focuses the grooves that makes chillwave dreamy and relaxing, but also adds an element of percussive force somewhat unusual for the genre. At times, the 11 tracks on the album sometimes even approach a very laidback kind of hip hop, albeit one that would lend itself more to imagery of prayer beads and peyote buttons than white lines and Tecs. It’s full of heavy, looming synthesizers, with repetitive, almost chugging beats mixed with handclaps and other, less identifiable percussive elements, so much that Emmanuel’s voice is often submerged and unrecognizable under it all. Which is a pity, as so many of the songs share similar elements that they begin to blend together (not wholly in a positive way); perhaps being able to parse out what he’s singing about would help, but until the inevitable remixes appear, we’ll never know.

While the sonic similarity of many of the tracks does make Melt flow in a pleasingly organic fashion, it does make it difficult to care about most of the songs here. They share similar time signatures and all are swathed in a corona of hazy synthesizers and vague choral vocals, making the few tracks that stand out that much more remarkable. In particular, opener “Sparkly” begins with keening voices and an echoing, electric guitar until the music drops and a rattling beat takes over, the voices now complementing the percussion and building layers. But best of all is “Night In The Ocean,” an epic deep cut steeped in debt to M83. It’s a huge, soaring track, the aural equivalent of standing in deep salt water, stoned and staring at the stars, only to switch gears with a vocal that straddles the line between spoken word and rap.

And if more tracks on Melt were like “Night In The Ocean,” it’d be a wholly remarkable release, dreamy and tropical, like a chilled out companion to Delorean’s brilliant 2009 Ayrton Senna EP. As it is, the album is a pleasant trip to take, but one that tends to narcotize and blend together, not inspire or fascinate.