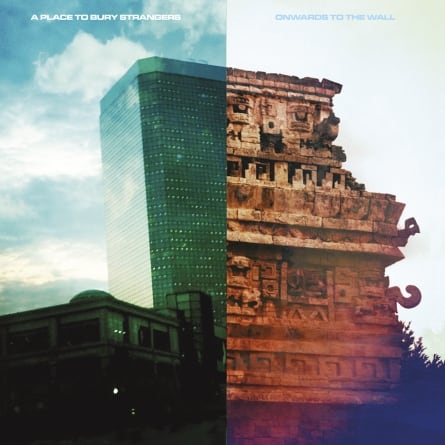 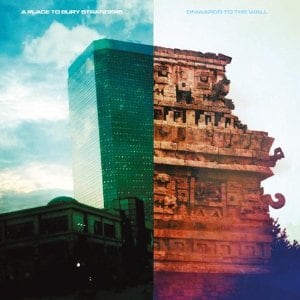 A Place to Bury Strangers’ Onwards to the Wall EP comes more than three years since their last full-length release, Exploding Head. The band, led by affable New York noise sage and innovative pedal designer Oliver Ackermann, is known as being the “loudest band in New York.” It’s a nebulous claim but accurate enough for it to be fun to think about such a band existing. Moreover, their reputation for being loud yet accessible reflects their staying power despite the fact that most of their material sounds the same. APTBS’ abrasive rock exists confidently outside the realm of metal and experimental circles giving them relevance beyond medals won for pure volume abuse. The band too, now has infamously acquired a reputation for their live performances. This October, for the Rocks Off Concert Cruise, these guys threw their plugged in amps into the Hudson for chrissakes. The teaser for their third upcoming full-length release, Onwards to the Wall shows no signs of slowing down or shaping up.

With their first two releases, APTBS was widely received as the hyperbolic grind up of the Jesus and the Mary Chain, Joy Division and My Bloody Valentine. Not much has changed. The tactful revivalist trio supplies us with this snack, Onward to the Wall, that embodies much of the same shear as Kevin Shields’ guitar heaviness and the flatly delivered Jim Reid vocals. There is plenty of distorted bass buzz and in your face guitars that slice through each recording and the drums just pound on and on. The songs here are still about a love unfulfilled, a love unrequited, Ackermann far from any romantic satisfaction. The speedy EP is solid but they don’t pace themselves as they had in the past. There’s nothing here like the wilting track “The Falling Sun” off of 2007’s self-titled debut or the slow grinder “Ego Death” from Exploding Head. Perhaps this is the nature of the extended play but the Brooklyn noise boys barely come up for air.

The smoldering spray of white guitar noise on tracks “So Far Away” and “Drill It Up” are still ablaze. The melodies are always melancholy, pushed through the effects of Ackermann’s very own pedal universe Death by Audio (pedals titled Total Sonic Annihilation, Fuzz War and Soundwave Breakdown, for instance). Think if APTBS contemporaries, the dazzling post-post-punk [sic] outfit Soft Moon, filled out their sound more with a washed-out rhythm section. This is the posturing of Ackermann and crew’s revisionist sound of the 1980s.

A worrisome part about Onwards to the Wall is the female vocals (Alanna Nuala aka Moon)on the title track. The soft vocal interplay is highly produced, hinging on the embodiment of a commercialized sound of A Place to Bury Strangers. The female presence almost feels out of place inside the head-on masculinity of APTBS’s musical musculature. The imitation of a shoe-gazing duet, an idea that they have not tried before, inspires the concern that A Place to Bury Strangers is making a more plasticized version of what they’re doing. Only the upcoming LP will tell which direction these New York post-punk ambassadors will take their already heavily derivative sound.