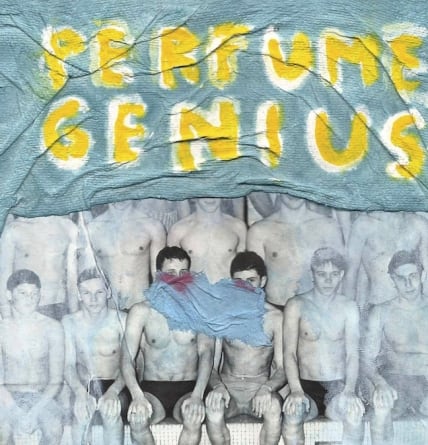 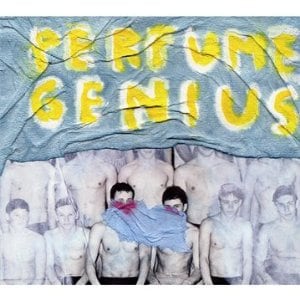 If a diminutive, fragile porcelain mouse were charged with making a pop album, the result would probably sound like Put Your Back N 2 It, the sophomore effort from Perfume Genius. The songs quietly emerge more than they start, sliding forward with barely a breath to them. If the music is sometimes slight, it’s also luxuriant, as if settling the listener into the center of a vast, impossibly soft, silken pillow. I don’t know if anybody but Bono still thinks that pop music can change the world, but a few listens to this and I was convinced that the right modern maestro could spin Heaven on its unknowable axis.

Perfume Genius is the musical identity of Mike Hadreas, a Seattle resident who shared his compositions on various online platforms, eventually tickling the ear of members of Los Campesinos! They mentored and championed him, eventually helping him get a recording contract which resulted, in part, in the release of his 2010 debut, Learning. There were a lot of harrowing tales laced into the lyrics of that release and one of the things that immediately marks the follow up as a progression is a new and different sort of hope in the songs. “I will carry on/ With grace/ Zero tears,” Hadreas sings on “No Tear,” and it sounds like the gentlest manifesto ever recorded.

Album opener “AWOL Marine” begins with a tender piano portion that sounds like the lost score to some heartbreaking 1970s cinematic romance. That sets the tone right away, as the whole album sits precariously balanced between dangerously precious chamber pop and heartrendingly beautiful confessionals. Hadreas sings with a tentative falsetto that sounds a little like Antony Hegarty stripped of his otherworldly power. This is the sound of a kid who never quite got to wow anyone with the sheer power of his voice and made up for it by plumbing his tremulous inner being until he could transform his ideas into words that enhanced the ache of his singing.

Many of the tracks on Put Your Back N 2 It clock in under three minutes, which makes the few moments when he carefully expands the song (the longest is 3:16) into quiet epics. “Dark Parts” is like a quickening pulse, and “Dirge,” adapting an Edna St. Vincent Millay poem, is the long, quavering exhalation after a good cry. Hadreas isn’t trying to push the songs to become something overly grand, but he does seem to want them to represent some swelling part of himself, some gradually settling confidence. If it was once difficult for him to raise his voice, he’s surely going to make the things he says now matter.

The measured grace of the music can sometime overwhelm the intriguing sentiments within the lyrics, and some of those brief songs wind up hitting like half-formed ideas instead of admirable examples of thoughtful brevity. Much as I admit the beauty Hadreas conjures with his artful production, a little sonic messiness to match the emotions thrown wide would have been appealing here and there. Then again, it’s his heart being exposed. He should obviously score that piercing revelation any way he sees fit.