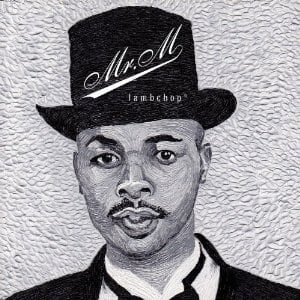 [xrr rating=4.25/5]Sweeping strings bordering on the hokey have long been a crucial part of the Lambchop experience. On “If Not I’ll Just Die,” the opening song from Mr. M, they enter as if they’re transplanted from a minor-key bridge that might come later on the band’s 11th album and not during the album intro. But the strings here have a particularly cinematic scent, matching the interrupted theme of the song’s title, and evaporating into Wagner spouting, “Don’t know what fuck they talk about.” The song, like the 10 to come, find the typically sardonic Wagner coming to terms with life’s less rosy truths – most publicly the Christmas 2009 suicide of close friend and influence Vic Chesnutt, whom the album is dedicated to.

Regardless of subject matter, Lambchop has never been a band to drastically change course between albums, and Mr. M won’t win over fans waiting for new ground to be shattered by Wagner, whose last release was 2010’s Invariable Heartache, a glowing solo collaboration with Cortney Tidwell. That album was a thin, straightforward album of country duets – a cool Budweiser compared to Lambchop’s warm White Russians. Mr. M though, picks up traces of Invariable Heartache: the instrumentation is lean aside from the strings, and a sober focus blankets the album, leaving behind the smoky, snail-paced hymns of the Nixon and Is a Woman eras. And though even though he’s not stretching to the aching, falsettoed heights he has in the past, the fiftysomething Wagner conveys a fresh sense of confidence in opening up and letting down his guard – maybe with the help of Tidwell, who makes several backing appearances here. The snark of years past has settled in with a weathered and weary tenor that’s perfect for the pitch-black tint of Mr. M.

The early “2B2” suggests a long-distance relationship, with the fuzzy recording of a phone conversation hovering through the song’s closing and the title even evoking a cold, late-night text. Themes of separation and loneliness stretch throughout the album, even through lengthy instrumental passes (not typically a trademark of Lambchop recordings) and titles like “Gone Tomorrow” and “The Good Life (Is Wasted).” Wagner’s double-tracked vocals in the former, a sleepier variation of 2008’s OH (Ohio) standout “National Talk Like a Pirate Day,” only emphasize the album’s grey, sobering mindset. There is none of the blatant funk and grit that perked up ears on records past – just not the time and place for it. Instead, in songs like “Mr. Met” (which was the original intended album title, ultimately to be damned by the corporate man), gorgeous, zig-zaggy riffs that Wagner follows up and down lead into even more stunning, sped-up sections highlighted by a sparse harmonization from Tidwell. Two instrumental songs, “Gar” and “Betty’s Overture” break up the overriding gloom with material that evokes the band’s back catalog more than any of the lyrical work here.

The lyrics in general, such as the ethereal chorus of “Nice Without Mercy” – “The sky opens up like candy/ And the wind don’t know my name” – address existential “big picture” themes more nakedly (relatively speaking, of course) than on past records. “Buttons” finds a protagonist struggling to stay afloat through an unemployed, single, drunk-driven rut that, with references to the “metaphoric housing bubble” and “better times for those that are in trouble,” might also convey a micro view of the ongoing economic shitshow. Frankly, it’s hard not to picture frail and miserable Chesnutt as the song goes on, whether it’s the intended subject or not: “No doubt I’ll see you later/ You’ll have your reasons you still hate her/ But my friend says there is a change/ That’s been coming over you.”

These two songs are by far the album’s heaviest, leading toward the wistful epilogue, “Never My Love,” a love song as straightforward and stripped-down as any Lambchop has put to record, as if Wagner is taking his own spin at Don Williams’ “I Believe In You,” the closing track from OH (Ohio). The melodramatic strings return for one last emotional tug, with lyrics from Wagner that could, in any other context, be viewed as tongue-in-cheek: “I’ve never been in love before/ And I’ve needed nothing, nothing more.” But after the emotional and psychological terrain covered throughout Mr. M, it’s something of a revelation.