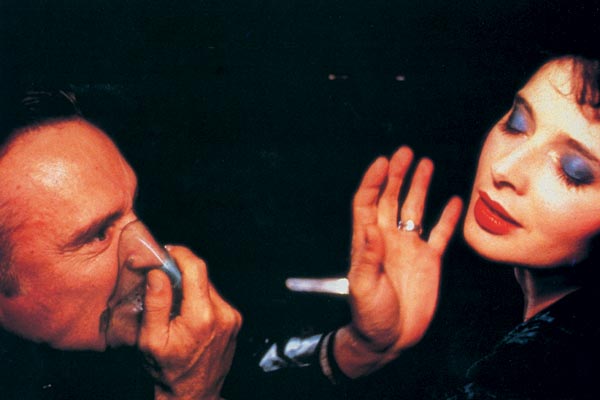 While standing at a particularly long checkout line over the Christmas holidays, my eye naturally wandered to all those new DVDs they put right next to the cash register in the hopes of firing that synapse that triggers impulse buying. Amongst all the bargain-bin selections was a newly minted Blu-Ray of David Lynch’s Blue Velvet. For a measly $12.50 (that’s Canadian dollars, too!), I knew I was adding it to my collection, despite the fact that I had never seen it. It was an easy choice for two reasons: 1) It was my biggest blind spot from a director who has made some of my favorite films of all time, and 2) No one in my immediate family was going to buy me this film as a gift. To say it’s not on their radar is an understatement. The Blu-Ray sat on my shelf for almost two months; watching a Lynch film calls for being in a particular mood. Finally, I was up for another Film Dunce feature, allowing myself the perfect opportunity to dig into the strange world of Blue Velvet.

Unlike a lot of Lynch films I had previously seen, I knew very little about this one when I sat down to watch it. There’s a scene in Bio-Dome-yes, the Pauly Shore flick-where Shore does his best Dennis Hopper-in-Blue Velvet imitation while huffing laughing gas. This was my only cultural encounter with anything related to the film. Needless to say, I was excited to dig into it. From its opening scene, I was pretty much hooked: the gorgeous calligraphy of the opening credits, taking place overtop swaying blue velvet, the white picket fence and the waving firefighter, followed by a man collapsing and a close-up of the bugs situated deep within the soil beneath the fallen man. It all signaled what I love most about Lynch’s films: there’s a sense of familiarity and honesty in the portrayal of modest Americana, underscored by the Bobby Vinton track, but not without a looming sense of fatalism. 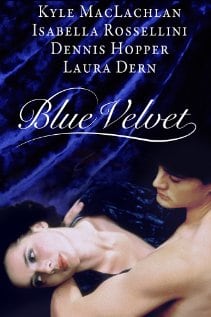 That sense of fatalism haunted me for the rest of the film, as I constantly expected the worst for every character. I’ve seen Eraserhead and Lost Highway and other Lynch films and if there’s one thing I’ve learned, it’s that shit doesn’t end well in his vision of America. There’s a tension built here, between the beauty of the direction and the set pieces and the sadistic nature of the characters that populate such a gorgeous world, which certainly informs his later films. This makes Blue Velvet an interesting document to visit outside of chronological order. The unsettling nihilism of Lost Highway or Inland Empire is present in Blue Velvet, but there’s a sense of redemption (however minimal that redemption is) in this film that left me a little dumbfounded, if only because I was expecting Lynch to really fuck with my mindset. In some ways, this film seemed tame by Lynchian standards, which is by no means a criticism, but rather a gut reaction to watching the film after seeing the majority of his filmography.

With that said, few moments in his lifelong work can match the uncomfortable feeling I got during the “joy ride” scene. Frank Booth (Hopper), who we already knows is an unhinged, sex-crazed maniac that could fuck up A Clockwork Orange’s Alex in a back alley brawl, forces Jeffrey Beaumont (Kyle MacLachlan) into a nighttime, high-speed trip around the city, only stopping to visit the effeminate Ben (Dean Stockwell), who’s holding Dorothy Vallens’ (Isabella Rossellini) son captive. It’s a menacing scene with an overwhelming amount of sexual tension, not just between Dorothy and Frank, but also the undeniable homoeroticism playing out between Jeffrey and Frank, as well as the seductive “In Dreams” performance from Ben. It’s a scene that truly encapsulates the themes of the entire film, where sexual and personal identities become a confusing mess of kaleidoscopic signification. It’s hard to be sure of any character’s intentions throughout the film, whether that be sexual or otherwise. Lynch shoots much of this joy ride from inside the car, as he does with many of his films, and the resulting feeling of claustrophobia is inescapable, which makes the climactic moment, where Beaumont socks Booth in the face, all the more spectacular. You know Beaumont is about to get his ass kicked, but at least we’re allowed to be free from the restraint of the car. It’s a small victory in the grand scheme of things.

By the film’s climax, a glorious scene of confrontation in Dorothy Vallens’ apartment, I had already come to terms with the fact that Beaumont was going to end up alone, as Sandy (Laura Dern, in a strong performance) was going to finally see him as the creep that he’s been the whole film. Instead, we get a final scene of domestic bliss between Sandy and Jeffrey, which of course, in the world of Lynch, doesn’t seem fully satisfying. I’d seen too much by this point – of Jeffrey slapping around Vallens, the undercurrent of homoeroticism, or his sadistic and insistent urge to sneak into her apartment in the first place – to accept that the two of them will live happily ever after, or that Vallens and her reunited son don’t have more troubles ahead of them. There’s no such thing as a happy ending in this glossy, chilly, Rockwell-esque version of suburbia, where the schism between morality and depravity is too wide to bridge.