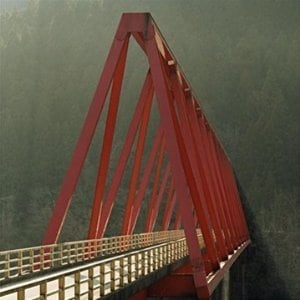 [xrr rating=1.5/5]Back in 2009, I remember catching a Fanfarlo tune on NPR, where the band had been getting significant airplay. The song was “I’m a Pilot,” the leadoff single from their then forthcoming debut album Reservoir. It was a jangly piece of indie rock with an infectious melody and one of those instantly sing-alongable choruses. It was an apt single, hinting at the mild-mannered, pseudo-roots rock that their debut contained, occupying similar territory to bands such as Beirut and a less sinister version of the National. It was a promising debut.

Their sophomore release, Rooms Filled With Light, leaves behind almost all of the charm of their debut record, the consequence of a shift in their sonic vision. Mostly leaving behind the string-and-acoustic approach of Reservoir, the band turns their focus on blending full orchestral arrangements with heavy doses of New Wave. Opening track “Replicate” signals the stylistic shift immediately, building its staccato strings over uninspiring electronic atmospherics, resulting in a hollow presence; an Arcade Fire Lite, if you will. Lead vocalist Simon Balthazar even borrows his delivery and timbre from Win Butler, though minus the conviction displayed by the Arcade Fire frontman. “Lenslife” struggles through its lazy mess of synths, horns and bass, not too mention an unnecessary use of marimba, like a last minute stab at musical multiculturalism within a stale arrangement.

There have certainly been plenty of folk-leaning indie bands that have incorporated synths into their sonic arsenal, but Fanfarlo seem at a loss when trying to fill out their arrangements. On “Shiny Things,” the bouncy melody is undercut by the dissonant, faltering synth sitting at the back of the arrangement. There’s an attempt to build big crescendos from the ground up, but it’s a nonstarter, as every layer of effects diverts any attention being paid to the melody or the tension that’s occasionally constructed. “Tightrope” has a driving pulse at its core, but all is for naught when it’s propelling a lifeless mix of organ, xylophone and some scattered guitar chords.

It’s admirable that Fanfarlo is looking to expand their sound, but the apathetic way with which they incorporate foreign elements, from the aforementioned synths and marimba to layers of reverb and sonic deterioration (Both “A Flood” and “Bones” employ electronic elements that deteriorate over the track’s length), results in an inconsequential set of tunes. Rooms Filled With Light is an insipid pastiche of indie rock’s most common denominators, drawing comparisons to Sufjan Stevens and numerous other staples of the post-2000 focus on indie-folk rock, while never seeking to surpass said influences or move the creative vision into new, unique territory. No number of synth pads can breathe life into the tediousness of the genre emulation at work here.