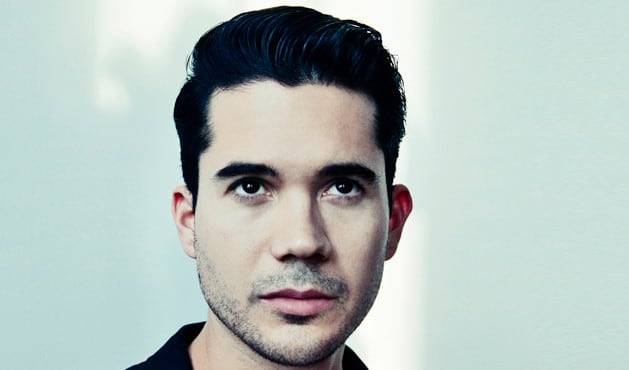 No bullshit – Matthew Dear will be a rock star. I can’t promise when or from what angle, but his empyrean, sold-out Bowery Ballroom performance could’ve been transplanted to Madison Square Garden or Wembley Stadium. If he doesn’t blow it, and the bro-step masses grow up and snap out of it just in time for his next full-length release, my money’s on Dear finding himself on a much bigger radar than the SPINs and Stereogums of the world.

This show fell on a rainy night in the darkest corner of lower Manhattan. I decided to give opening act Blondes, house jammers and ex-rockers Zach Steinman and Sam Haar, the benefit of the doubt as the first 10 minutes or so of their opening number wobbled through what I felt comfortable deeming aimless knob-twisting. It wasn’t long before I gave up. While some songs, like a percussion-heavy number with vocals morphing in and out of drum noises, possessed a certain spark, the Brooklyn duo treaded middle ground far too much. When real grooves were lit, the accompanying melodies were jotted all across the map, and the crowd remained ultimately unmoved and unenthused, apart from the scattered trance-dance goofballs. There were one or two hints of real apocalypse, but – let’s just compare this to {Melancholia} real quick – that apocalypse was surrounded by too much random bullshit that didn’t need to be there and will be forgotten a few hours later.

Matthew Dear’s set began with the pitch black stage punctured by perhaps the bassiest bass frequency I’ve ever heard. A minute later we were in a “Twin Peaks” dream sequence, with the lanky Dear lurking out from the shadows as white strobe lights flickered, leading into an a cappella hymn, modulated, reversed and looped from underneath him. Soon he was knee-deep in “More Surgery” from 2010’s Black City, the near-masterpiece that cemented Dear’s transition from DJ/producer to budding Bowie. On this night, the song was a fucking monster, with a hot off the press band (only their third show) behind him, highlighted by a warped trumpet and an atomic bomb of a drummer who blew the gates open on Dear’s intense, Zen-like rhythms while not stepping in their way.

During “Monkey,” it fully struck me how much of David Byrne in particular resides in Dear’s ambitions onstage and on record. While the latter is yet to be fully realized, the man completely owns the crowd and their imaginations, mixing dark, sardonic tales of sex and the city with parodic, maraca-shaking moves that can be traced back to James Brown as much as Bowie. The freshly-minted band tested out several new songs, each suggesting more depth and intricacy than most of the Black City and Headcage material, for the welcoming crowd. This fresh perspective on song structures found its way into previously released material as well – the live version of “Slowdance” introduced gaps and drop-outs not present on the record, and crowd favorites “You Put a Smell On Me” and “Tide” were flowing with fresh balls and vigor, thanks to Dear’s expertly-chosen cohorts.

With the crowd aching for just one more breath, the show ended without encore. I have to believe that Dear is saving it for his next visit to our black city, when he has even more eyes and ears at full attention.