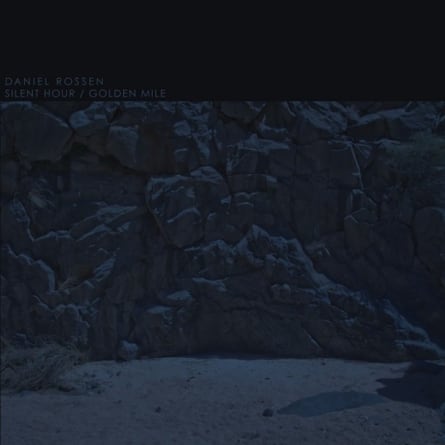 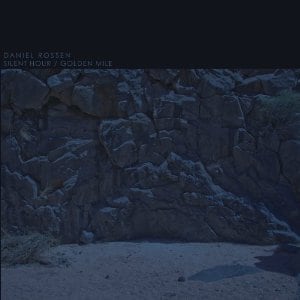 Sometime between his work with Grizzly Bear and Department of Eagles, Daniel Rossen found the time to conduct a midnight séance at the crossroads and summon the soul of the late George Harrison, an influence that’s only been hinted at previously. For Grizzly Bear, his voice has always provided the necessarily airy counterpart to Ed Droste’s vocals, while his Department of Eagles work has often been an underwhelming detour away from his strengths. On his solo debut EP, Silent Hour/Golden Mile, Rossen fully flaunts his indebtedness to the late Beatle with skilled, layered, evocative arrangements and a lyrical focus on spirituality.

By now, Rossen’s style as a guitarist and vocalist is its own distinct voice. His arsenal of tricks generally consists of palm-muted guitars, haunting strings; significant use of echo and that patented low-end electric guitar, most notably employed on Veckatimest cut “While You Wait for the Others.” The five songs on his latest record utilize a similar formula but with a more idiosyncratic feel than that of his Grizzly Bear contributions and with more precision and craft than his Department of Eagles work. Opener “Up on High” begins with a slight, descending acoustic guitar riff before the multi-layered arrangement kicks in, a heavy dose of toms, viola and flute. It’s a gorgeous, effortless arrangement that floats along with a guided purpose, anchored by Rossen’s surprisingly assured vocals. Evoking a jaded sense of the American pastoral, he sings of being overwhelmed, lonely and lost, something undoubtedly personal given his public contemplation about the purpose and motivation behind his art. Within this track is the key to the success of the entire EP – it presents a wonderfully lush and complex arrangement, but also makes room for introspection and emotional connectivity.

“Silent Song,” with its heavier kit work, reverb-drenched electric and 12-string guitar, evokes the “My Sweet Lord”-era Harrison. Rossen’s ghostly vocals, layered with numerous harmonies, undercut the brightness of the sonic space before sliding into a dissonant, pounding bridge. Here, he projects his judgment outwards, begging for the return of friends and the solid foundation they bring with them, while also lamenting the lack of redemption in a failed relationship. There’s no lifting Rossen out of this state of negativity, but the resulting contrast between arrangements and lyrical content is mesmerizing. The cyclical rhythms of “Return to Form” spiral into obliteration as he states, “The flames leap towards the clouds/ And draw whispers from the crowd/ Return to dark again.” It sounds like death metal, and it might as well be, the heavy acoustic guitars churn and coil inwards, meshing in a haphazard, destructive post-rock catharsis.

This leads into the quiet mourning of “Saint Nothing,” the inevitable outcome of its preceding track. Over a spare, repetitive piano and the occasional horn or woodwind flourish, he begins walking the path to redemption: “Leave the throne/ A mind so clear/ You feel no pain/ You taste the blood/ How long?” Closing track “Golden Mile” completes the journey, with Rossen emerging renewed but also scarred. A wall of guitar sound punctuates the heavy kit work and crashing cymbals, while Rossen beckons us onwards with him, to come along “for a silent hour/ For a golden mile,” acknowledging that “there is bliss in this mess.” Sure, he hasn’t surfaced completely unscathed from his existential and introspective crisis, but there’s assurance to be found, not just in the final lyrical couplet, but also in the confident, progressive and dynamic set of songs that make up Silent Hour/Golden Mile.