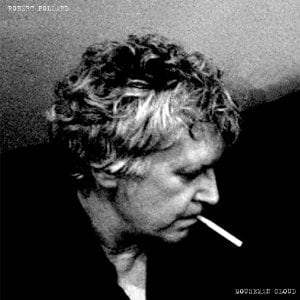 [xrr rating=2.5/5]I was a hungover mess the first time I consciously listened to a Guided By Voices song, exacerbated and deflated following a miserable and sleepless winter night. About to put on Bee Thousand, I noticed the massive tracklist and miniscule song lengths and just didn’t feel like dealing with what I assumed would be weird bullshit. Then, “Sitting out on your house/ Watching hardcore UFOs.” When that lewd lead guitar line hiccupped in at the one-minute mark, it was perhaps the quickest a band’s clicked with me. Thirty five minutes later and it was on to Alien Lanes, another set of effortless and brilliantly production-less melody. I was a fan.

Now, Bee Thousand and Alien Lanes are classics in a number of broad categories – lo-fi, indie-rock, ‘90s, “alt,” whatever – and despite the rest of the catalog being spotty, it’s unfair to hold these albums next to Robert Pollard’s 700 (or so) solo albums that he’s released in the last decade. Mouseman Cloud is his latest, a pastiche of hazy browns and grays that’s looser and lazier than nearly anything the 54-year-old Daytonite has done.

It doesn’t start so bad. Typically, a number in a song’s title indicates some major indifference in that department (see: Flying Burrito Brothers, R.E.M., Spiritualized). Instead, “Obvious #1” are the first words out of Pollard’s mouth, mirroring a jangly guitar line that seems to reappear throughout Mouseman in less appealing configurations. It’s respectable, middle-aged British-aping punk musings about god knows what. Whatever he’s singing about, it’s “pretty obvious,” “way too obvious,” or just “fucking obvious” that not much has changed for Pollard since a few months prior, when Guided By Voices released Let’s Go Eat The Factory, their first album with their original lineup in more than a decade.

Pollard can still be a sprightly wordsmith, for sure: “They raise their dead Hemingway heads” and “Culture war with Oscar Wilde” come to mind – but they’re not all winners. “You’ve got to stand in line to see Dr. Time“? Eh. The cover itself – Pollard sitting around in black-and-white looking bored with a cigarette – suggests a complete lack of inspiration and perhaps Pollard’s acknowledgement of it. Songs like “Bats Flew Up” and “Mother’s Milk and Magnets” exemplify what comes off like some sort of “first takes only” mandate: refrains of alliteration with less than little meaning and melodies adrift from their chord progressions, coupled with dry, humorless production courtesy of Todd Tobias.

Despite being built around already written poems, Pollard’s previous solo album, 2011’s Lord of the Birdcage exuded confidence and focus that is nowhere to be found on Mouseman. That album’s “In a Circle” and “Smashed Middle Finger” together had more nuance than any package of seven or eight songs here. Gung-ho Guided By Voices nuts (including White House Press Secretary Jay Carney) might find enough redeeming Pollardisms and sludgy riffs to eagerly anticipate the Pollard release that will inevitably follow in a year or so. For me, making it through these 17 sloppy, tossed-off tunes brought me back not to the first time I spun Bee Thousand, but those moments immediately beforehand, not wanting anything to do with it.