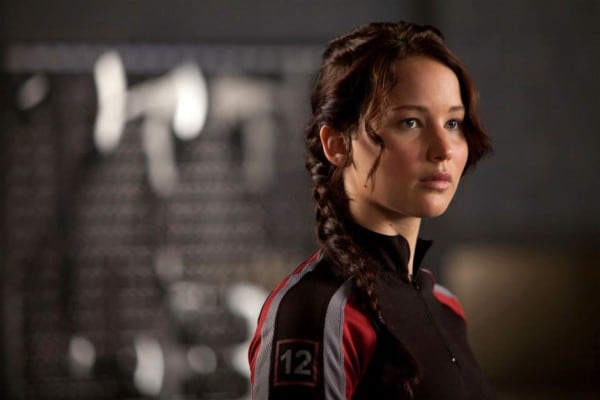 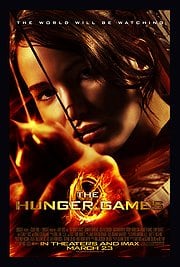 The task of reviewing a film born from a franchise such as Harry Potter or Suzanne Collins’ The Hunger Games makes the critic’s life extremely difficult. No matter how much negative press an adaptation receives (see the Twilight movies), droves of fans will turn out no matter what. So how to make the review relevant? At least in the case of The Hunger Games, I had nothing more than an inkling about the plot going into the screening: young people are chosen a la Shirley Jackson’s “The Lottery” and forced to fight to the death. It is a premise with a definite hook, one that has already been used by Battle Royale and Series 7: The Contenders. Starring Jennifer Lawrence (following her star making turn in Winter’s Bone), The Hunger Games is gripping and moves fleetly through its nearly two and a half hour runtime with barely more than a few clunker scenes to drag it down.

As for the standard plot tease, Katniss Everdeen (Lawrence) is a teenager who lives in the dusty District 12 of some futuristic, post-war society. She is a hunter, skilled with the bow and arrow, a weapon she uses to dispatch animals to sell to the impoverished denizens of her district. Lawrence plays Katniss with a quiet fire, an anger that becomes steadily hotter as she sees the dichotomy in wealth between where she lives and the other areas of the world. See, each year a boy and girl are chosen from each district on Reaping Day to compete in the Hunger Games. This televised event is thought to bring unity to all 12 districts that once rebelled against the wealth at the heart of the Capitol. Only one Tribute (aka contestant) will survive.

At its best The Hunger Games is a taut thriller, an edge-of-your-seat ride once the actual games begin. But prior to that, Katniss and baker’s son Peeta Mellark (Josh Hutcherson) must travel to the Capitol where they will train and hunt for sponsors. At times, the film stumbles when demonstrating the socio-economic differences between the day-glo folks who live in the wealthy Capitol and the have-nots from some of the poorer districts. Katniss and Peeta are greeted and trained by a triumvirate of adults before they are dispatched to the games: the obnoxious wigged and powdered Effie Trinket (Elizabeth Banks), the fashion designer Cinna (played with feminine glee by Lenny Kravitz) and former champion Haymitch Abernathy (Woody Harrelson), a broken down drunk who still may have a trick or two up his sleeve. In a film that eschews nuance for spectacle, Harrelson shines by giving a rich performance, his second great turn this year after his corrupt cop in Rampart.

The Hunger Games continues the thread begun before the reality television boom by the prescient The Truman Show (and to a lesser degree by the Harrelson vehicle Edtv). Even in the poorer district, people are hooked to their televisions. Stanley Tucci does a knock-down job as a demonic talk show host who narrates the telecast of the games and Wes Bentley is positively unctuous as the smarmy games master. But most menacing of all is Donald Sutherland as President Snow, the man who runs the Hunger Games to keep the districts subservient.

The kick in the ass here is the knowledge that only one Tribute will survive. Director Gary Ross does a good job painting both Katniss and Peeta as likable, although the film obviously belongs to Lawrence. As the film skewers reality television, Peeta and Katniss appear to grow fond of one another despite the presence of Katniss’ hunky boyfriend Gale (Liam Hemsworth) back in District 12. Do the two Tributes truly have feelings for one another? Or is one (or both) playing up the romantic angle to trick sponsors into sending them care packages while they fight for their lives? Ross isn’t telling and that is one of the great things about the film: you’re not entirely sure of Katniss or Peeta’s true motivations, even when the final credits roll. Perhaps it was conscious or maybe Lawrence and Hutcherson fail to create sparks. The idea is definitely interesting but the scene devoted to their relationship, as the two hide out in a cave, is one of the film’s more boring sections.

For those hoping for the same dark brilliance of Battle Royale, The Hunger Games may disappoint. The violence is mainly bloodless and occurs with the PG-13 demographic firmly in mind. Sure, the risk of death hangs over these games, but Ross puts a soft touch on the adaptation. “Imagine what David Cronenberg would have done with this material,” someone muttered at my screening and she is certainly right. The darkness is there, but dark doesn’t necessarily mean box office bucks when your main crowd can’t even drive to the cinema. It’s a minor quibble, but one that could have made the film brilliant.

I could complain about a myriad of issues (the annoying handheld camera, the quickness of the cuts, a lack of fleshed-out characters in the competition) but the bottom line is that The Hunger Games is a fun and exciting movie that never once completely sells itself out by pandering to the audience. It is certainly better than The Running Man. The Hunger Games pulls itself above the competition simply by being endlessly entertaining. Sprinkle in another great performance by Lawrence and you have the recipe for a hit film. I’m already excited about seeing the sequel Catching Fire, an inevitability when The Hunger Games slays all the opposition at the box office this weekend.