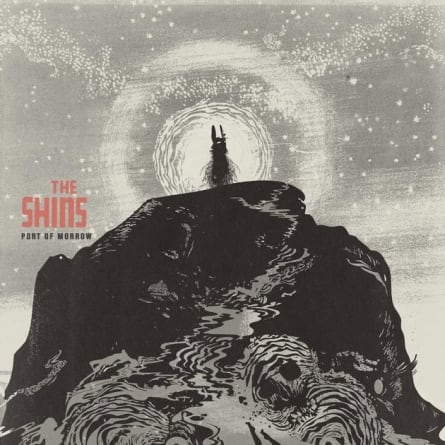 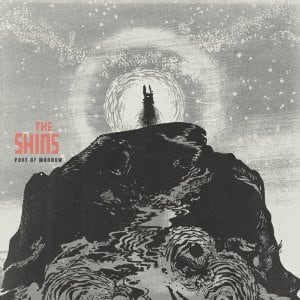 I saw the most fervent indie kids of my generation – who rushed out to buy Oh, Inverted World after falling in love with Natalie Portman, who convinced themselves that “New Slang” would change their lives, who reveled in their deepest late adolescent fears and desires as James Mercer sang, “I’m looking in on the good life/ I might be doomed never to find,” who carried a broken jewel case copy of Chutes Too Narrow with them to class every day in college, who listened to “So Says I” while contemplating The Communist Manifesto, who broke up with random girls they never really cared about anyway after hearing “Pink Bullets,” who received Wincing the Night Away as a graduation gift. You remember those kids, right? The ones who have sort of grown up now. The ones who have had kids of their own.

Well, many of them have been waiting for five years to see what James Mercer, creator of the soundtrack for so much of their lives, has been up to. Broken Bells, his 2010 collaboration with Danger Mouse, suggested a more abstract, experimental direction, one still rooted in beautiful melodicism, but lacking a bit in the authentic pathos that characterized those first three Shins records. For Port of Morrow, Mercer is working with an entirely new cast of players, including producer Greg Kurstin, who has worked with the likes of Lily Allen, Beck and Ke$ha. I wish I could say that this fourth record is as mind-blowingly dynamic and emotionally resonant as the first three. Unfortunately, it’s bombastic, overproduced and ultimately underwhelming.

To quote another indie hero of our generation, “We gotta stay positive.” So, let me say that “September” is a pretty good song. It’s authentically folky and has the most poetically potent lyric on the record, “Love is the ink in the well when her body writes.” I could quibble about the unnecessary pretentiousness of the first verse’s mythological allusions or the contrived “ooh” backing vocals on the chorus. Despite these imperfections, “September” can almost stand with the greatest Shins songs of yore. By and large, though, there’s little on this record that I can imagine listening to on repeat the way I still often do “Weird Divide” or “Phantom Limb.”

Port of Morrow is an exercise in the art of “almost.” There are plenty of good moments, but they’re often overshadowed by Mercer’s willingness to settle for the obvious over the inspired. “Simple Song” features Mercer’s trademark falsetto on the chorus, but its spirit is killed by the cluttered, ironically non-simple production style. “It’s Only Life” could be an affecting little pop ballad, the kind that Freddie Mercury or the band fun. might appreciate, but it features cringe-worthy lines like, “You used to be such a lion/ Before you got into all this crying on my lap.” The first part of “Fall of ‘82” has a similar chord progression and melody as the verse of Steely Dan’s “Reelin’ in the Years,” albeit the tune is slow enough that it has none of the latter song’s poppy energy. “40 Mark Strasse” has enough clichéd string layers to bury the emotion of a lyric such as, “You’re gonna let these American boys/ Put another dent in your life.” Opener “The Rifle’s Spiral” and closer “Port of Morrow” find Mercer at his most boldly experimental, two tracks that could appear on a follow-up to the Broken Bells project. They’re not perfect, but at least they avoid some of the obvious pop trappings found elsewhere on the album.

Mercer has given us the type of record we might expect from a humble, independent artist who finally has the money and time to take a dive into the mainstream. Under the circumstances, part of me wants to forgive Mercer his indulgences, but, damn it, it’s the Shins we’re talking about here! I can’t let Mercer off that easy. Not when he wrote the songs that streamed through my caffeinated consciousness late into the night, as I painted mental pictures of my future self. I don’t know about the rest of those grownup indie kids, but as for me, I’m convinced that Mercer’s not in the life-changing business anymore.