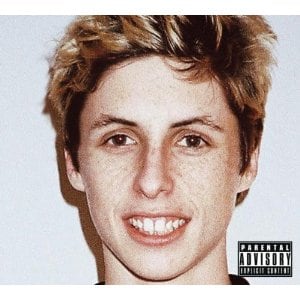 [xrr rating=2.75/5]For years artists have claimed it wasn’t about money, maaaaan. Instead, it’s been about ideas, or breaking new ground, or actually about the holy trinity of money, fame and sex. Pick your poison, really. But the internet era has made it so that you can say these things and we can immediately discover whether you mean them or not, whether you are a phony or a loyalist to the cause of art or at least upfront about your intentions to take over the world with your particular brand of pop. This is but one of the things that has made Odd Future such a fascinating organism: a group of kids loyal only to their aesthetic and their belief that everyone else on earth is a fucking asshole, who have somehow wound up as hip-hop’s saviors/assassins. Again, pick your poison.

Why is this relevant? Because in the case of The OF Tape, Vol. 2, Odd Future’s main purpose in releasing it at all is to prove they not only don’t give a shit about money, they think you’re utterly stupid for paying for what they do. This is a release that is most concisely summed up with a line from its closing song “Oldie,” a track that, it should be noted, has a video comprised solely of Odd Future derailing a Terry Richardson photoshoot to mug at the camera while the 21st Century’s greatest arty smut purveyor becomes more and more annoyed. The line in question? “This is for the niggas in the suburbs/ And the white kids with nigger friends that say the n word.”

The point is that until recently, Odd Future was a collective you experienced for free, on free services like tumblr and YouTube and Twitter. Those in the know were experiencing them before Pitchfork’s schizoid interpretations of the group and their “leader” Tyler, the Creator got them a P. Diddy courtship and a landslide of record deals. Before an appearance on yet another free enterprise– in this case, network TV and Jimmy Fallon– made them a certain kind of dangerous famous. Before hissy fits at SXSW and questions of “is this done yet?” This isn’t an argument of who saw who first, but of what that means for the artists in question, who clearly have some issues with fame and the fact that they’re living through their immediate post-teenage years in a spotlight that is burning itself out over questions of authenticity, intent and odds of survival. After all, it’s no coincidence that Tyler’s own “real” debut, Goblin, was an entire album devoted to an evaluation of his own psyche and fame, navigated by a voice in Tyler’s head that had been given its own identity and prominent placement on his biggest tracks. “I’m not a fucking role model,” indeed.

Now that Odd Future are successful, whatever that means, they’re in the curious position of even having their collective samplers released in pricey $15 digital editions, courtesy of a Sony distribution deal. The OF Tape, Vol. 2 seems like it was clearly never meant to be purchased, instead intended as a suitably goofy, intimate look at the collective at leisure. Sort of Odd Future hypeman Taco gets a spotlight in three tracks. MellowHype offer up a few generically messy tracks that continue their fascination with sequences of numbers: liked “64?” Maybe you’ll like “50!” Desperate to hear more from the Internet, that weird interpretation of what Odd Future would be like if they were an anonymously urban band? Then there’s “Ya Know.” Of the lesser known Odd Future acts, it’s really only Mike G that makes the most of his moment, with “Forest Green” standing out as both an actually good track, with no real baggage, and a clear example that Odd Future as a unit can step outside of their comfort zone and adopt different styles, in this case a more normal Dungeon Family-influenced mixtape entry.

Tellingly, the album’s best moments are tied to (free!) videos the group has created, such as the explosion of rubbery surreality that is “Rella.” Separating “Rella” from its John Carpenter/ Harmony Korine-collab-like video is next to impossible, with its ridiculous images of Tyler as a centaur snorting mountains of coke and Hodgy Beats as his interpretation of Al Bundy. Since most of us were introduced to both The OF Tape, Vol. 2 and “Rella” via its video, that weird fun pervades the audio, from the hollowed out explosive beat and hypnotically circular synth. Likewise, “Rella” prequel (?) “NY (Ned Flander)” shares a visual aesthetic with the track, and its production has plenty in common with “Rella,” less explosive, more circular and hypnotic, a sluggish, syrupy glimpse at what’s to come. By putting both of these standouts out in video form first, and making them widely available at no cost, Odd Future only make their opinion of the monetization of their art all the clearer.

And that opinion is that Odd Future are perfectly happy to take the money of the suburbians who think nothing of doling out $15 for an entire album of goof offs and pranks. But for real respect, you’re seemingly expected to acquire the (quite possibly internally) leaked version of the album and save that money catching the crew in the live setting, where they can shout in your face and tell you exactly what they think of your interest in their fame.