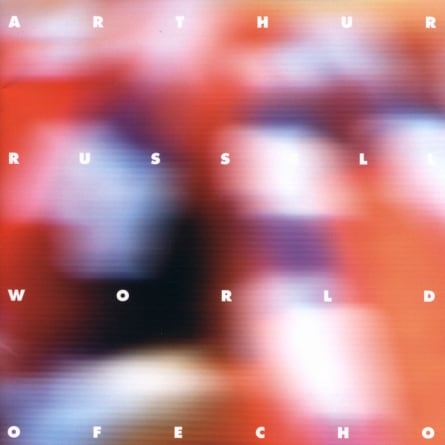 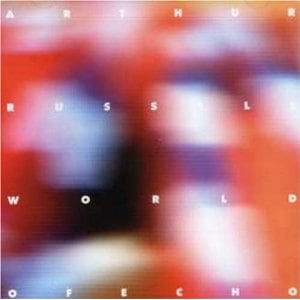 Initially released in 1986, Arthur Russell’s World of Echo is just as much about the music of a personality as it is about the personality of the music itself. Recorded between 1980 and 1986, World of Echo often feels like a recorded dialogue between the artist and himself. His lyrics fall in curled falsettos like poetic verse and the instrumentation is often singular with Russell behind a cello for the duration. The original release of World of Echo stands in between Russell’s experimentation with mass-market music (namely his work in the NYC mutant-disco scene) and his toiling with avant and pop folk recordings. His work with minimal compositions were always a constant, whether he was sketching songs as love notes to his partner in Manhattan or working on a performance piece with Allen Ginsberg. Since his death in 1992, Russell has become somewhat of a recovered phenomenon with numerous posthumous compilations of his revived work from the Soul Jazz Records label as well as through the Audika imprint. His tenacious dig into disparate worlds of music allowed him to realize his ideas about recording from realms opening at either end of the spectrum. Take the thumping, four to the floor “Go Bang” hit produced with singer Lola Love or his instrumental collaborations with Ginsberg’s spoken word performances. Russell’s dichotomous works dissolved any notion that having aesthetically cohesive music is or was necessary for cultivating a lasting identity as a recording artist.

Returning to the careful and obsessive work of Russell on World of Echo, the experience has the effect of “the more you know, the less you know.” Like his reverb concussed cello loops, Russell himself is on World of Echo that dog pleasantly chasing his tail around in reverie. As receivers of Russell’s delicate and often private works of art, we do the same by taking in the dreamy sketches of World. We end up where we started: intrigued, amused and yet mystified by this individual. The 2004 reissue that included newly uncovered versions of four songs yielded the same result. The need to search further into a prolific artist is proof that it’s us studying him studying himself. Again and again.

Raised in Iowa by his who father ran an insurance company and by his mother who introduced him to the cello, he found himself bound for San Francisco by 1970 at 18 years old. Three years later he hit the streets of Manhattan where he would later collaborate with the Modern Lovers and Talking Heads. Parts of World of Echo offer themselves as looking-glasses into his incremental geographical journey as well as his genre traversing past. Verbal and textural photographs of people and places Russell came to know on “All-Boy All-Girl” and “She’s the Star/I Take This Time” are just a part of the greater zigzag that makes up the continuum of his unflagging curiosity. The dream space that so much of the 18 “song” collection seems to take place in procures the mystery of Arthur Russell’s avant-pop ambition just as it perpetuates the finite unknowingness of the man himself. We’ll never know completely of his intentions with “The Name of The Next Song” that appeared on the 2004 reissue where Russell begins the track by announcing, “The name of the next song is ‘Anti-American/’” and goes on to say, “The name of the next song is ‘painted box/’ The name of the next song is ‘I’m sorry this is how I learn/’” as interspersed between imagery of moving to California. There are other puzzling nuances to World such as the constant reverberations of the mic’ed cello itself knocking around in the room. For all the other elements of the record to be so carefully recorded, mastered and produced by himself and a cast of his close collaborators including Phil Niblock, it’s a wonder to consider the peculiar recordings left in of Russell shuffling around or situating his body in relation to the cello.

Perhaps the most luminous moment on the record is the nine and a half minute stretch of “Soon-To-Be Innocent Fun/Let’s See” where the rippling echoes of Russell’s cello effect transcends bass and treble frequencies. Like on most of World and characteristically on “Soon-To-Be,” the cello drifts wide, sometimes the bow striking high strings for wholesome melody and other times bouncing across the low strings for percussive results. Towards the end of “Soon-To-Be” when the cello proper drops out and all we hear is the thumping of the cello body and its muted strings, Russell’s voice takes on the role of the bass with a dynamic shift into the center of the recording. The expression here is playful and aloof even, but he sounds so utterly alone while doing it. This is the introspective temperament of the album’s emotional colors. Unbound by style or genre (or sometimes even freed from actual words themselves), Russell’s self-conscious tenor and sleepy timbre slide around from distant bellows on “Being It” to the wispy croon on “See-Through.”

There’s also “Treehouse” and “Place I Know/Kid Like You” that flirt with Russell’s undeniable penchant for disco and dance sounds. The thump on the former and the coruscated keyboard snippets on “Place I Know/Kid Like You” wink at Russell’s mirror ball projects like Dinosaur L, Killer Whale and his work with Sleeping Bag Records. World of Echo is the sound of anachronistic combinations of song at work. It is the sound of solitude. And it does less to bridge his particular ideas about different kinds of music as it does to free the conceit that there ever was such polarity in the act of musical expression. Consider that Russell single-handedly changed the way we think about pop music under the auspices of experimentation with a cello, the Yahama DX7 and some old DAT machines. Arthur Russell’s world of fragmentation, poetry and drone is one worth revisiting.