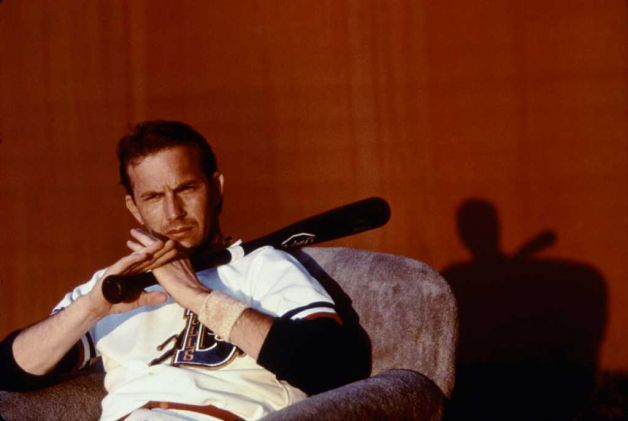 Considering the dominant sway sports have over the American psyche, they’ve often been poorly served in the movies. For example, even though the pinnacle of baseball’s popularity roughly coincided with Hollywood’s golden age, when cinematic yarn-spinners were presumably especially well equipped to exploit the sport’s romantic, pastoral underpinnings, America’s Pastime largely served as fodder for decidedly subpar movies. Some of them – such as Robert Mulligan’s Fear Strikes Out in 1957 – were even notorious for how shoddy the scenes of actual ballplaying looked. Filmmakers simply didn’t know how to combine the romance of the game with the reality of playing it. At least that was the case until Bull Durham.

The directorial debut of Ron Shelton, Bull Durham was inspired by his own time playing minor league baseball (in his best season, he hit .277 with the Stockton Ports, the Class A affiliate for the Baltimore Orioles). For his story, Shelton didn’t want the sort of comfort and spoils that came with Major League players. He wanted the grit and toil of players lower in the professional pecking order, toiling day in and day out, aching desperately for that extra hit that could be the difference between staying forever in small town baseball and getting a chance to make it to “The Show.” These were men playing a boy’s game, going to the ballpark each day to take their swings and try to scratch out a dream. And yet they’re also just guys doing a job. Ironically, stripping away the romance of the game is exactly what it took to best capture it in film. When fan Annie Savoy (Susan Sarandon) expounds on the poetry of the game in the voiceover narration, the veracity of her ardor is proved by the simple mechanics of what takes place on the field. 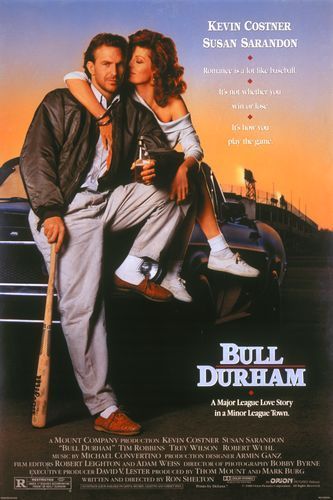 Shelton also knew that the romance of baseball was catching, and his film needed to reflect that, even benefit from it. Paralleling the baseball action is a love triangle that finds Annie torn between the thick-headed fire-balling prospect Ebby Calvin “Nuke” LaLoosh (Tim Robbins) and Crash Davis (Kevin Costner), the veteran catcher brought to the Durham Bulls to help harness the kid’s wild stuff. Annie has a longstanding habit of adopting a player to be her lover every season (“There’s never been a ballplayer slept with me who didn’t have the best year of his career,” she boasts), a practice that Davis rejects, opening up the alluring possibility of an actual mature relationship. The whole movie is about the reckless promise of youth and the moment as middle age approaches when that promise needs to be given up in favor of something more stable. The open question of the film is whether that moment is terrible or a pure blessing.

Shelton’s writing through the whole movie is exquisite, evoking the intelligent snap of classic comedies from decades earlier. The characters are all vividly drawn and the three performers at the core of the story serve the material especially well. Sarandon and Robbins may have their Oscars for other films, but I’d argue that each of them is as good here as they ever were. Sarandon has a particular verve as she makes fiercely empowered sexuality and unashamed intelligence into the most appealing qualities imaginable. And Costner really never did reach a peak like this again, filling Davis with easy charm cut with the cranky impatience of someone mustering the strength to maintain denial about his fading professional place in life.

Barry Levinson directed The Natural four years earlier, wallowing in the myths of the game. By ignoring that in favor of the hard hop of an uncompromising game, the sort that can turn fortune on its head with every new sunshiny day, Shelton brushed the dusty sand off of what was truly special about the game. It’s possibility and heartbreak all in one: a well-struck ball can land right in a fielder’s mitt and a weak hit off the end of the bat can float right over the infield and drop in for a game-winning RBI. Bull Durham understands that and relishes it. In many ways, it’s the clearest precursor to last year’s excellent Moneyball. Before anyone else, Shelton realized the best way to convey baseball’s magical, maddening pull was to take the game seriously and remain unyieldingly true to all the messy, funny contradictions at its heart.