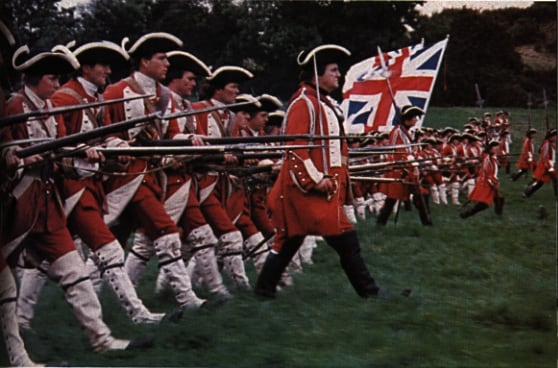 I assume it’s not at all unusual that Stanley Kubrick was one of the first filmmakers who gave me a sense of film as serious art. Kubrick hovers equally over all the various camps of serious moviegoers, and as with any omnipresent artist, what matters most is coming to terms with him in one’s own way. For a long time I dismissed him unfairly. In my mid-teens, discovering Godard’s Breathless and Fellini’s Nights of Cabiria, the two films that really sparked my cinephilia, took me on a course that led away from Kubrick, not deeper into his work. It took this wayward cinephile some time before I could return to him, but this circuitous path is very much in the spirit of the one Kubrick film that has most eluded me, Barry Lyndon. It would be convenient for me to argue that I needed to wait until this moment to watch it, but in the case of a film like Barry Lyndon, there’s a lot to support this argument.

Like last year’s Mysteries of Lisbon, Barry Lyndon is an epic charting the history of an individual (or in the former case, a number of individuals spiraling out around its principal protagonist). Raúl Ruiz’s film hones in on the question of identity, constantly undermining our sense of who each character is by introducing baroquely elaborate, convoluted storylines and using virtuosic, flowing camera movements to destabilize our identification with any one character. Kubrick’s film shares this same spirit, but instead of examining the question of identity (the prominent stability of which is affirmed in the film’s unadorned title), we are presented with a three-hour meditation on free will, on whether we can give shape to our lives or whether external events will always overwhelm and overthrow any sense of control we think we have.

We watch the journey of Barry Lyndon (initially known as Redmond Barry), played by a near-affectless Ryan O’Neal, from his youth in Ireland through to the end of his life. We see him make choices, but more importantly, we see external events exert their influence over the course of his life. He falls in love with his cousin Nora (Gay Hamilton) but is thwarted by Captain John Quin (Leonard Rossiter). He is told that it would be financially advantageous to his family for Nora to marry Quin. Warned many times, Barry nonetheless chooses to engage Quin in a duel. Initially, Barry seems to have killed Quin, and he flees in order to avoid being arrested, unable to pursue Nora. As we later find out, the duel was staged and Barry’s gun was not loaded with a real ball. Moreover, Quin and Nora are now happily married. This realization is one of cinema’s greatest depictions of disillusionment. 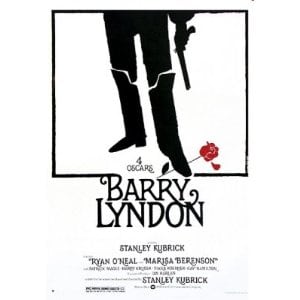 Barry finds himself buffeted about by winds of chance, his fate decided by whims and desires of others. Sometimes mere strangers completely change the course of his life: he flees home with his mother’s life savings and is almost immediately robbed by two highwaymen. With no money, Barry joins the British in the Seven Years’ War. We are goaded by the film to wonder how his life might have been different if not for one little thing—if he hadn’t been robbed, for instance. Barry’s life unfolds before us in complex detail, allowing us to see its contours and the various points at which it irreversibly changes directions. We watch him escape the war only to join the Prussian army when his desertion is discovered, and from there, he finds a way to escape once again, embarking on a career as a gambler and then marrying the wealthy Countess of Lyndon (and adopting her surname as his own). As time passes, Barry seems like a mere survivor, hanging on to whatever opportunities present themselves. The completely sovereign life that he might have wished for himself is unrealizable, a childish fiction.

In one early scene, Barry and his unit engage French troops in battle. Kubrick stages this sequence with historical verisimilitude that nonetheless seems absurdly unreal: as the French stand in a line with their guns aimed, Barry and his fellow troops march toward them and toward their death. The French fire shots at regular intervals, and the British drop like flies. After every wave is shot, other men step forth to take the place of their fallen comrades. We all live with a sense of inviolable uniqueness, and so it’s horrifying to watch humans depicted as being merely interchangeable. Kubrick depicts this as an utterly normal event, a routine battle in a war that lasted seven years. The incredulous look on Barry’s face lets us know the absurdity of it all. This battle—and countless others that fill the history books—is a microcosmic depiction of the individual’s lack of freedom, his servitude within a more complex system, and Kubrick’s career was partly one of illuminating the dimensions and behavior of such systems.

One of the most important features of the film is the director’s use of voiceover narration. This seemingly omniscient observer (voiced by Michael Hordern) knows Barry’s history in thorough detail, and his immediate effect is giving us a sense of superiority to Barry and the other characters. Indeed, in one scene, we witness the Countess of Lyndon’s husband (Frank Middlemass) suffering a heart attack, and a voiceover from the narrator telling us that Sir Lyndon will die is superimposed cruelly over a shot of Lyndon grasping for his pills and asking for help. This narrator creates an ambivalence that is characteristic of Kubrick’s work: we can either feel superior to the characters—and Kubrick never fails to tempt us with this possibility—or we can empathize with them, recognizing that their fate is not so different from ours. Unfortunately, many immature viewers tend to choose superiority, which might explain why Kubrick’s films are so appealing to younger viewers. This also explains the persistent criticism of Kubrick as a cold, unfeeling director, but Barry Lyndon is immensely compassionate, betraying even Kubrick’s own vulnerability, his recognition that he too cannot escape Barry’s fate.

The second half of Barry Lyndon depicts a man who finally has what he wants, or at least what he thinks he wants, but who nonetheless cannot avoid personal tragedy. Its cruelest twist of fate is in the way Barry is robbed of the most important thing in his life, his son Bryan, as a result of his own loving devotion. For his birthday, Barry buys Bryan a horse but warns him not to ride unsupervised. Kubrick shifts from one scene to the next and follows cause and effect with such extreme precision that we know exactly what will happen. Kubrick forces us to confront that all actions have consequences, some unforeseeable. Barry showers Bryan with love, but because Bryan can get away with anything, he sneaks off against his father’s command to ride the horse, whose uncontrollable bucking knocks Bryan off and fatally injures him. But if it is precisely Barry’s love—in excess, to be precise, but how can love be excessive?—that leads to Bryan’s death, what do we do with this knowledge? How can we conclude that Barry’s love for Bryan was somehow wrong, to be avoided if he could be given a second chance?

After Bryan’s death, Barry’s life spirals downward uncontrollably, and his will to live seems sapped. Kubrick presents Barry’s life to us with stunning detail, mapping out exactly how each of his actions has led to this point. This doesn’t mean that Kubrick sees life in strictly determinist terms, as though Barry’s tragedy was predestined. Rather, Kubrick understands that our lives play out in a constant struggle between our own free will, which is itself never entirely free, and the external forces that limit our options and coerce us into making certain choices. In our youth, we fundamentally misunderstand this tension, believing that nothing can truly defeat our will. For this reason, Barry Lyndon is a mature film that can only be entirely appreciate from a similarly mature point of view. The film recalls the Søren Kierkegaard adage (which Marshall McLuhan has echoed) that life is lived forwards but understood backwards. We will never have the opportunity to view our own lives as we witness Barry’s, which means that each successive step we take in life is an act of faith, courage and the most necessary kind of reckless abandon. Viewing Barry Lyndon may be a paralyzing experience, but its ideas are those that every person must come to terms with sooner or later.