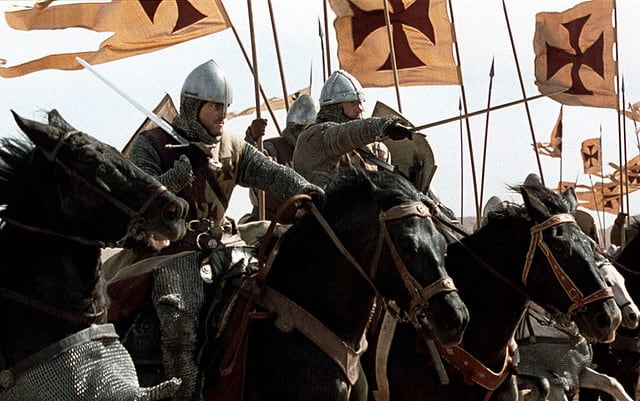 Released in a butchered form by studio executives looking to fill a void left by the success of the Lord of the Rings franchise, Ridley Scott’s Kingdom of Heaven met with mediocre box office receipts and worse reviews. In a perverse way, 20th Century Fox got its wish: people couldn’t help but compare it to Peter Jackson’s epic, and they did so unfavorably. But Scott, who’s made something of a cottage industry with his alternate cuts, managed to get his full version released on DVD a few months later.

The differences are revelatory. In place of an awkward historical fiction cash-in on a fantasy epic is a defiantly old-school historical epic with breathtaking set design working in tandem with textured character portrayals and thematic exploration. The DVD cut even presents the film in a roadshow format reminiscent of Ben-Hur or Spartacus, complete with overture, intermission and entr’acte (inexplicably removed from the subsequent Blu-Ray), linking Kingdom of Heaven not to a fashionable box office smash of the day but to a gone-but-not-forgotten Hollywood tradition.

And yet, Kingdom of Heaven belongs specifically to the modern era, using its focus on the Crusades during the reign of Jerusalem by the leprotic King Baldwin IV (Edward Norton) to make overt commentary on the everlasting religious conflict in the Middle East and the (arguable) resurrection of Christian-Muslim combat with the War on Terror. Though there are action scenes aplenty in the film, extended in this long cut into R-rating territory, Kingdom of Heaven takes no pleasure in its killing, only waste. “I have done murder,” says Balian (Orlando Bloom) to his father (Liam Neeson) when he moves to join the lord on his next Crusade to gain forgiveness. “Haven’t we all?” sighs his father, the “noble” warrior. 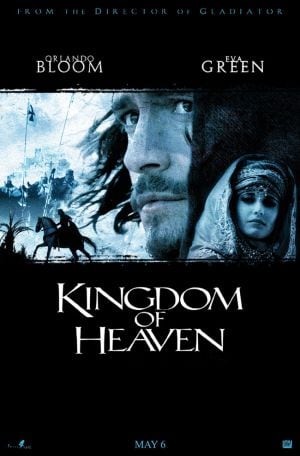 Scott’s depiction of Jerusalem is undeniably charmed: he presents an uneasy truce that even creates some respect and admiration between Christians and Muslims. What feels more accurate, though, is the general weariness on both sides of the fighting, and an irritation among those who have seen their share of bloodshed toward the fanatics who arrive thirsting to bring glory to their god. The longer cut simmers in this distaste for fighting, a knowledge that a peace cannot last but also that it should be preserved for as long as possible to prevent a senseless waste of life. There’s an ironic inversion to the religious conflict here, compared to the modern military actions in the Middle East: here, it is the leaders who exercise wisdom and restraint in avoiding unnecessary conflict while the people clamor for war.

My favorite aspect of the director’s cut is the inclusion of a character’s entire story arc, namely, that of Sibylla (Eva Green), Baldwin’s sister and the wife of Guy de Lusignan (Marton Csokas), who allies with the anti-Muslim Knights Templar and looks to break the peace for the sake of cementing Christianity as the only religion in Jerusalem. Sibylla was relegated chiefly to love interest in the theatrical cut, but here she is a tragic figure, forced to watch her beloved brother waste away as her husband plots to undo all the king has accomplished. Sibylla is capable and intelligent, and she is routinely frustrated by Balian’s naïve honor as she designs “a little evil for the sake of a greater good.” There’s also the gut-wrenching matter of her son, slowly revealed to have contracted his uncle’s disease, provoking an action that not only makes her arc legitimate but, in all honesty, more interesting than Balian’s.

One of the few aspects to come through entirely in the film’s theatrical cut is its magnificent production design, which uses physical sets and extras where possible and mounts carefully coordinated battle scenes on a massive scale. The dodgy CGI Coliseum of Gladiator has been replaced by actual brick and mortar for the most part, and Kingdom of Heaven has a solid foundation simply for placing real objects in the frame. Scott continues to use some of the tricks he picked up for filming close-quarters combat in Gladiator, using fast but (barely) coherent editing and alternating film speeds. Re-watching the film, I was surprised at how often I thought of Sir Ridley’s more freeform, abstract brother in some of the tight shots of battle.

This combination of large-scale historical recreation and political commentary gives Kingdom of Heaven something of a feel of Gangs of New York crossed with Munich. All three films use the past to comment on the present, specifically on when it is right to fight for one’s cause, and when fights are misguided. When Balian asks the Saracen leader Saladin (Ghassan Massoud) what Jerusalem is worth, the Muslim replies, “Nothing. Everything.” Kingdom of Heaven ends with the promise of more conflict, conflict that has existed in some form through the present day. And during a time when peace in the Middle East seems impossible, the all-too brief period of ceasefire shown here seems like a shimmering, mocking mirage.