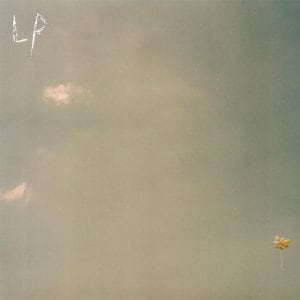 [xrr rating=3.75/5]While Bradford Cox has spent his time recently being, depending on one’s point of view, either obnoxious or brilliant – or maybe a bit of each – his Deerhunter bandmate Lockett Pundt has instead opted for a more understated route. Befitting a man whose presence in Deerhunter leans towards the unassuming and unobtrusive, both on stage and record and especially when compared to the polarizing Cox, the guitarist has now quietly added two solo LPs to his résumé under the Lotus Plaza moniker. The Floodlight Collective, released in 2009 before Halycon Digest further cemented Deerhunter’s standing as one of indie’s critical darlings, was a solid debut effort, even if it was prone to occasional bouts of clumsiness and a tendency to submerge its vocals. With Spooky Action at a Distance, Pundt has purged most of those shortcomings, and the result is an assured almost-gem of a guitar-pop album.

Spooky Action’s tracks are typically built around warm layers of instrumentation soaked in reverb. Like Floodlight, the album is inviting and its instrumentals are dazzling; it’s a wonder to hear on a decent pair of headphones. After a short untitled opening song, the next several tracks showcase Pundt’s ability to craft distinct, instantly memorable melodies while coloring them with a modicum of unconventionality. “Strangers” glides with a jangling guitar line and a martial drumbeat, “Out of Touch” displays a more aggressive side and the mostly-acoustic “Dusty Rhodes” unfolds like a lonesome lament to leaving; all three songs’ vocals lag slightly behind the arrangements to nice effect. Like much of the record’s content, these tracks are constructed flawlessly. Spooky Action was clearly carefully arranged and well plotted, but it never feels excessively labored over or dryly technical.

This emphasis on sound and structure does, however, sometimes come at the expense of Pundt’s vocals, which – like parts of Floodlight – are periodically indiscernible to very little benefit. This lack of vocal clarity detracts from the album at times, most noticeably on the rocker “White Galactic One” and to a lesser extent during the album’s front half. Yet when they do come across they’re often introspective and poetic, as on “Monoliths” – which also features one of the record’s most expansive and catchy choruses – and the more subdued “Remember Our Days,” a gorgeous and bittersweet song of reminiscence. Pundt strips closing track “Black Buzz” down to acoustic guitar and some minor keyboard flourishes, simple lyrics like “the darker it gets/ The faster you drive” setting the song’s dark overtones.

Spooky Action at a Distance takes its name from a phrase Albert Einstein used to describe quantum mechanics. I suppose there might be a highfalutin parallel between this phrase and Pundt’s choice of album title, though I’m betting this is more of an interesting piece of trivia rather than a key to “getting” the album. Regardless, Spooky Action is a steady, reliable record whose replay value will likely be high and whose flaws are easy to look past. Perhaps more to the point, it likewise does enough to suggest that Pundt’s role in Deerhunter has been overlooked or, at the very least, undervalued.