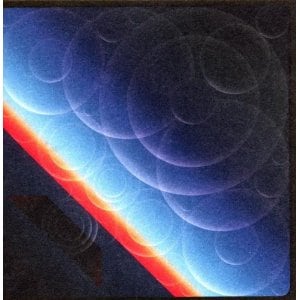 [xrr rating=3.25/5]The Mars Volta are like the new step-dad of music. They’re always going to be second, and while you may not like them, you will respect their proficiency. Over six finger-fretting, instrumentally impressive albums they have carved a niche for themselves as a fundamentally tight and impressive prog rock group. Their latest, Noctourniquet, is a remainder in form, from baffling puns to semblances of concept. Apparently the album was actually recorded in 2009 and was shelved while Cedric Bixler-Zavala attempted to keep up and work on the lyrics for the record. While it still holds up due to the group’s core interrelation, the album feels less exploratory. It’s more akin to a familiar ride than an exciting voyage, which is a regression in terms of the Mars Volta’s perceived mission statement.

The album is a solid 60 minutes, filling all of the space with the band’s patented “tension building” and technical prowess, but even though there isn’t anything overly striking, they have found moments of inspired brilliance. “In Absentia” shifts gears halfway from a metallic Lou Reed love-in to a surprisingly upbeat, semi-danceable number with Bixler-Zavala getting his Sade on all over the chorus to a spacey glam-esque guitar line with a kinetic percussion line.

“The Whip Hand” kicks things off with a scuzzy, distorted riff that sounds like it was wiped from Tony Iommi’s asshole, which gives way to the sound of Tron and CLU jerking each other off inside a speaker factory. It’s a strong opening salvo that bleeds well into “Aegis,” the most Mars Voltaiest songs that ever Mars Voltaed. Bixler-Zavala’s voice remains as bloody and diffuse as ever, never faltering to keep up with Omar Rodriguez- López’s frenetic and razor-sharp guitar playing. “Dyslexicon” is a frantic, metallic smash-up with pitch-shifted singing and machine-gun keyboards that fulfills the band’s attack mentality, but the rest of the record middles about with aspirations for the same idea.

“Vedamalady” begins with a rejected Vangelis build-up that segues into a lone acoustic guitar, and gives way into a rollicking and melodic number which is well-produced, but lacks bite and complexity. The title track itself also has a spacier feel and is technically sound, but lacks a spark, a demand of attention that the band usually has no problem expressing. Perhaps due to the timeframe of recording and release, the record slips into disjointedness in the tail end, never quite keeping the steam it rushed out in the first third or so. With the announcement of At the Drive-In reuniting, perhaps the commitment to the side project is gone? Noctourniquet lives up to its ridiculous name: the album almost feels like a bandage and not a proper treatment to a wound.