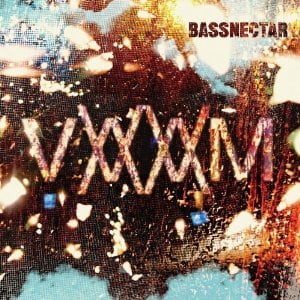 [xrr rating=3.5/5]During a notable stand-up diatribe, Henry Rollins lambasted the entire electronic dance music (EDM) genre, sniping, “I don’t know what came first: shitty rave music, or the drugs.” Besides sounding crotchety, Rollins illustrated a level of vitriol often directed at purveyors of nouveau electronica. There have always been men and women of a certain age who dump on the music of the younger generation, in this case chiding the creative use of samples as if more traditional music doesn’t also owe a debt to its predecessors. But with much-maligned newcomers like Skrillex dominating the ear-space of millennials, some of that animosity has turned inward. Perhaps that’s why EDM veteran Bassnectar (Lorin Ashton) bristled at labeling his music as “dubstep” in a recent interview with Rolling Stone. And the guy has a point; he’s been active for over a decade, emerging in an era when the term “dubstep” had yet to gain prominence within our musical lexicon.

For a genre that’s defined by its live performances − with up-and-comers more likely to make a name for themselves on festival side stages or during late night dance club sets than through studio albums − Bassnectar managed to churn out a staggering eight LPs in his first decade of existence. He’s a regular at Coachella and Lollapalooza and has reached an echelon where, when he spins during set-breaks at smaller festivals such as Camp Bisco, he manages to draw in a larger audience than the host band.

Released in an era that could very well mark the genre’s zenith, Bassnectar’s ninth album Vava Voom may not be enough to placate the Rollinses of the world, but displays a more diverse scope than most of his contemporaries. With this release, Ashton manages, at various moments, to both validate and defy the detractors of dubstep, a genre often over-reliant on stratospheric electro-builds and seismic bass drops. The opening and titular track launches with what sounds like an 8-bit power-up and then gives way the fluid rhymes of guest rapper Lupe Fiasco. Actual vocals are always a nice added touch for a producer who so often relies on manipulated samples. The booty-dropping bass should be popular at clubs, but by the track’s second half the screeching knob-twiddling plays into the stereotype of the genre.

Ashton backs “Empathy” with a more industrial beat, but the track again features an over-reliance on the bass drop. Photon blasts and laser darts are tempered by trickling sonic icicles, but the whole endeavor aims for the hedonism of the club. Despite the change in tempo with “Ugly,” which features staccato drums and guest vocalist Amp Live, the grinding inflections of drum and bass can’t overcome a lurking sense of musical homogeny. A subtle shift in tone begins with “Ping Pong,” a track that opens with the actual sounds of table tennis, eventually warping that plastic-on-paddle effect into something more juiced. While this approach may seem novel, it’s been done before, most notably with the back-and-forth plunk of tennis balls in the Stranglers’ “Love 30,” but Ashton still deserves credit for throwing a decent curveball. From there, the album ventures down paths less traveled. “What” incorporates a mix of chirpy and Jamaican vocal samples contrasted by eerie monster movie interludes. Bassnectar completely breaks the mold with the track “Pennywise Tribute,” an only slightly augmented version of that punk band’s iconic song “Bro Hymn.” That seminal guitar riff coursing out through the middle of this dubstep record marks a turning point on the album, with a backend that serves as a spacey afterglow.

From there, Vava Voom settles into a steadier groove. “Laughter Crescendo” utilizes Vocoder and whimsical atmospherics without completely neglecting the sub bass. Loops of female laughter aid in the comedown from the album’s first-half rush. The last two tracks conjure haunting female vocals that almost drift away on breeze, until the bizarre final track “Chronological Outtakes” ignites a death metal growl followed by eight minutes of other random snippets to end the album on an atonal note that probably would have been better off as a buried bonus track.

Ashton stays true to his roots while pushing the envelope with Vava Voom. He’s produced club-ready tracks along with more nuanced soundscapes that sprawl like ink in water. There may always be curmudgeons like Rollins who insist the music of generations past was the bee’s knees, but Bassnectar has risen to the fore of music’s present.