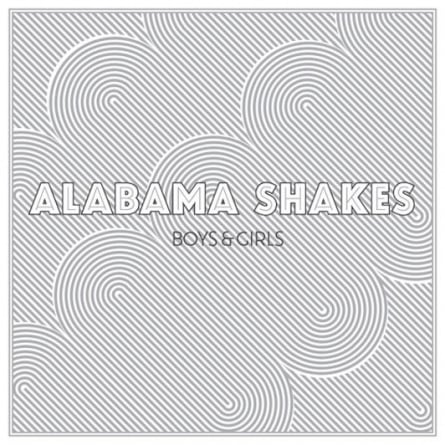 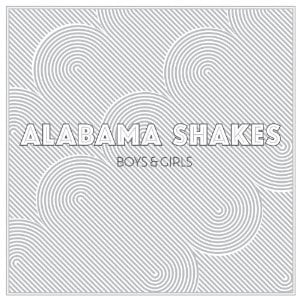 If a group of scientists were charged with coming up with the archetypal rock record for this moment – shaped by all the power chord crunching antecedents that came before, merging the sensibilities of every treasured band that accounted for a sizable slice of a 1960s or ‘70s record collection with just enough of a modern tinge to keep it from feeling like a retread – their round the clock efforts might just come up with something that sounds a lot like Boys & Girls, the debut full-length from Alabama Shakes. Scruffy, schlumpy and genially nondescript enough to look like the garishly blocky Rolling Stone magazine logo could shimmer into place above their heads at any time, the Alabama quartet first snapped the music blogosphere to attention with their self-titled EP from last fall. Soulful, moody and elevated by the dreamy vocals of Brittany Howard, the release promised the sort of true, earthy rock ‘n’ roll revival that Kings of Leon once seemed destined to lead before the whisper of success on their tongues brought out their collective inner prima donna.

Boys & Girls doesn’t betray that first impression, but it does raise some concerns about how far afield the band can take their music. It’s admittedly pretty cool to make a record that sounds like half the selections from one of the best dive bar jukeboxes ever heard, all bluesy yearning and swampy guitars. There’s also a question, though, about how all those songs sound in the harsh light of day when there’s no cold suds filled with sorrows taking their last futile gasp of air before going under for good.

There’s enough of a tough, tight old school vibe to the album to make it seem like it would be best delivered on a stack of scratchy old 45s, maybe emblazoned with the Stax logo. Then again, even at his most dour and angry, I’m not sure Eddie Floyd ever busted out a lyric as rough as, “If they want to fight/ They done started fuckin’ with the wrong heart” as Alabama Shakes does on “Be Mine.” The band hasn’t been around all that long, but there’s still a sense of years of hard living being condensed down into riffs, beats and notes. If blues, soul and rock ‘n’ roll are all, at heart, expressions of pain that you can dance (or at least sway) to, then Alabama Shakes is adept at showing they understand the syntax of their chosen form.

After “Hold On” and “I Found You,” two fine carry-overs from last year’s EP, the band cuts into “Hang Loose,” hitting a loping mid-range tempo that invites the listener in rather than bristling outward with energy. Howard sings, “Don’t worry, sweet baby/ Don’t you ever worry about a thing/ Put your worries on a shelf, learn to love yourself/ Don’t be your own worst enemy,” a sentiment that is agreeable but not especially revelatory. Just a scan of the track list (“Goin’ to the Party,” “Be Mine,” “I Ain’t the Same”) hints that the band might still be trying to find ways to say something new as they luxuriate in the well-worn sounds of the past. Not everything need transform the very fabric of music, of course, but there should be some sense that a new record has a reason for being, that a collection of well-chosen covers wouldn’t have been just as effective a vehicle for the group.

Still, Alabama Shakes does sound good as they edge through these songs. It’s easy to imagine being enthralled watching the band burn and grind through “Heartbreaker,” a track in which Howard hits some growling, yowling emotional peaks that call to mind Janis Joplin at her most exhaustingly wounded. They’ve clearly got the chops; it’s the creative voice that’s still trying to catch up a bit. If it does, they’ve clearly got a raging inferno of a record waiting to flare to life.