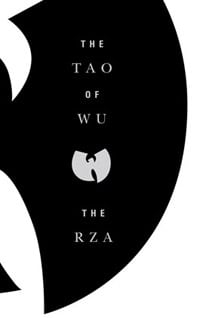 The Tao of Wu by the RZA

If there is one incontrovertible fact that my generation knows, it’s that Wu-Tang Clan ain’t nothing to fuck with. The head of the Gundam that is that rap collective is RZA, aka Robert Diggs, and while rap music may be known for boasting and an inflated sense of self-image, his 2009 memoir The Tao of Wu is uncompromisingly personal, self-critical and revealing in a way that is rarely seen in authors, let alone rapper/producers. While his previous work The Wu-Tang Manual (2004) primarily dealt with the evolution of the titular hip hop force, The Tao of Wu focuses on RZA’s own life, fears, battles with the law, desperation and indomitable work ethic. It’s an amazingly articulate work by a man who mostly stays behind more dynamic personalities like his cousins GZA and ODB (whose self-immolation is heartbreakingly addressed), and one of the most unread musical autobiographies around. – Nathan Kamal

I originally questioned why James Joyce needed a biography at all; his bibliography is so packed with personal recollections and beliefs (to the point of extreme esoterica) that a summary of Joyce’s life by another would be redundant. Yet Richard Ellmann’s intricately detailed effort is a masterpiece of the genre, perhaps the greatest biography of an artist ever written. Filled with so many anecdotes you’d swear Ellmann grew up with the author, James Joyce excels for making those anecdotes meaningful. The minutiae of his observations on the author’s influences, temperament and process give invaluable insights not merely into the author but his work. Ellmann presents Joyce’s life and work with such clarity that I’ve found this biography to be as handy in unlocking Ulysses and Finnegans Wake as various reference books stuffed with annotations. So definitive is Ellmann’s work that one need only take a look at anything written about Joyce’s life since and find this magnificent biography sourced repeatedly. – Jake Cole 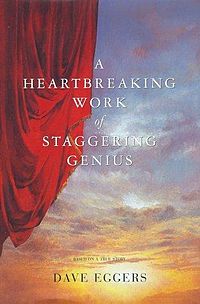 A Heartbreaking Work of Staggering Genius by Dave Eggers

Dave Eggers’ A Heartbreaking Work of Staggering Genius is exactly what its title suggests, a monumental work of art that is both heartrending and staggering in its scope and ingenuity. It’s a book that blends creative fiction with real-life fact; a memoir that consistently breaks the fourth wall yet remains piercingly evocative in its emotional honesty. A Heartbreaking Work chronicles Eggers’ life throughout his early twenties; he was just 21 years old when both his parents passed away within a month of each other from cancer-related illnesses. This left him with the responsibility of not only being young and grieving the loss of his parents, but raising his youngest brother, Christopher “Toph” Eggers, just eight years old at the time. The beauty of this work lies in the fact that Eggers avoids tasteless manipulation, but also feels free to revel in long, prosaic pieces of indulgent grief, transforming A Heartbreaking Work into more than a mere autobiography. It’s a powerful exploration of humanity, grief and responsibility that also explores the limits of non-fiction and the memoir. – Kyle Fowle

The Autobiography of Malcolm X

The Autobiography of Malcolm X just might be the one book every American should read. It’s not that X is necessarily a more crucial figure than, say, Martin Luther King, Jr., to whom he is always compared and contrasted. But because X never needed to moderate his thought, unlike King, what we receive from his autobiography (a collaboration with future Roots author Alex Haley) is pure, undiluted reflection on the single most defining characteristic of the United States, the interrelationship between races. Lost in the iconography and controversy surrounding X is the fact that he is undeniably one of the country’s great thinkers, and his autobiography is not just a riveting story, a kind of spiritual and intellectual rags to riches epic, but a practical yet philosophical analysis of America’s soul. It is truly a book for everyone because, no matter one’s race, we are all touched by the inequalities and injustices illuminated by X. But the vulnerability of its subject, who shows himself nakedly at his lowest, ensures that we might take his progress towards enlightenment as a model, making the book not only the journey of one man but also of the reader. – Trevor Link 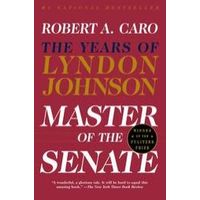 The Years of Lyndon Johnson: Master of the Senate by Robert Caro

Robert Caro’s first book was a 1974 biography of Robert Moses, the urban planner who essentially designed New York City. Well over 1000 pages, the work won the Pulitzer Prize and became a central text in the understanding of the country’s biggest city. For an encore, Caro quite simply mounted a massive, multi-volume biography of Lyndon Johnson with the first effort appearing in 1982. Caro has literally made the extended effort his life’s work, publishing a new weighty tome roughly every 10 years with the fourth of an expected five books arriving in May of this year. It’s the third volume, Master of the Senate, that I found to be utterly astonishing its breadth, depth and intellectual thoroughness. Covering roughly 1949 to 1960, the book not only tracks the life and career of a central figure of 20th century America, but also provides an amazingly intimate glimpse at the questionable mechanics of senatorial lawmaking. Ten years after the biography’s publication, the legislative branch of government has become such a dysfunctional mess that reading Caro’s book is a little like a happy fairy tale, especially for Democrats. There was a time, Caro promises, when a member of the leftward party actually could get bills passed with the sheer force of his intimidating will. – Dan Seeger