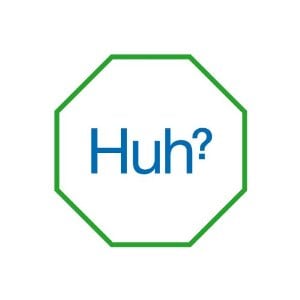 [xrr rating=3.0/5]Ostensibly titled as some form of reference to the Velvet Underground’s White Light/White Heat, the fact that Sweet Heart Sweet Light’s primary highlight is a nine-minute Lou Reed-esque epic should give Spiritualized’s Jason Pierce some pause. After more than two decades of experimentative behavior, exemplified by constant reinventions and new infusions throughout his work as Spiritualized and prior to that with Spacemen 3, he’s fallen into a groove. It’s not so much that he’s run out of good ideas, but that their proportion has been upset, and Pierce as a result relies on more proven sonic touches. 2008’s Songs In A&E provided a needed reinvigoration of the Spiritualized project after a five-year drought, but Pierce’s creative hardening has been a trend developing mostly unbroken for the last decade.

Enter Sweet Heart Sweet Light. Apart from the previously mentioned “Hey Jane,” recalling, besides Lou Reed, earlier psych classics and even an irreverent tinge of Elephant 6 whimsy in the backing vocals, there isn’t much on offer, although some prospects are more promising than others. For example, follow-up “Little Girl” starts off with an upbeat R&B rhythm but becomes muddled by the time Pierce gets to the pat “ride into the sun” bit (and any adult songwriter who uses the phrases “hey little girl” and “get it on” in the same song is worthy of scorn and derision). The restrained influences at play later in the track work; the predictable guitar solo a little less so. And later track “Mary,” focus of more fire and fierceness than elsewhere on the record, seems at first to veer in an interesting direction, sounding like something ineffably fresh in the Spiritualized repertoire, even as it stumbles into funk in some of its last moments, but still somehow falls flat.

The rest is even less inspired. “Too Late” is a tasteless romp that unfolds in telegraphed surges and arrangements; “Headin’ For The Top Now,” in its attempt at Velvet Underground drone, is a repetitive and essentially content-free 8 minutes save for a few redeeming moments. “So Long You Pretty Thing” gets canned-sounding drums in its glittering Brit-pop outro, whereas “Freedom” is a precious interlude, just Pierce, piano, acoustic picking and some soft backing vocals rendered with a sort of warbling Dave Davies crackle. Meanwhile, in better news, the angular violin swells, familiarly staggering textures, guitar fuzz and sustained faux-organ keys on “Get What You Deserve” appealingly complement Pierce’s contrarian vocal timbre, while “I Am What I Am” rambles in familiar Spiritualized cadence, a steadily chaotic fusion of warbling horns, otherworldly backing vocals, guitar twang, blues groove and swing and sway.

But even with the dynamism of “Hey Jane,” its dissipating and resurging piano, soothing refrains of “Sweet light, sweet heart, love of mine” and the urgency that makes it sound like an extended revisit of Ladies And Gentlemen We Are Floating In Space’s “Electricity,” the cumulative result of the whole record is too sedate, even for Spiritualized, and too monotonous. While Pierce’s creative focus is still undoubtedly marching inexorably onward, a few snags seem to have been hit. With Sweet Heart Sweet Light we unfortunately get nothing novel or particularly inventive out of the band, even for its years-long silence; none of it, sadly, any territory Spiritualized has not tread previously