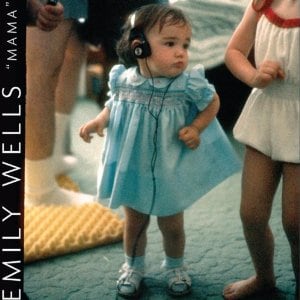 [xrr rating=3.5/5]A more straightforwardly poppy release than her previous work, which tacked more strictly in the rap-meets-classical direction, and shot through with rickety folk and indulgently swelling strings, multi-instrumentalist Emily Wells’ Mama is an impressive if sometimes shaky next step in a burgeoning career. Recorded in often single takes in a cabin in metropolitan Los Angeles’ Topanga Canyon, with assistance from tourmates Sam Halterman (drums) and Joey Reina (bass), Mama sees Wells shed some of the more experimental facets of breakthrough The Symphonies: Dreams Memories & Parties (2008), while retaining everything that makes her sound attractive to the ear. That prior release (for which she picked up a bit of press) now firmly in the rear-view mirror and Wells continuing to accumulate prestige with every recording, Mama, with its clipped martial drums and creaky jams, is not likely to break the pattern.

Gentle counting off launches opening track “Piece Of It,” Wells manifesting first in a gaseous butane hiss against the barest, wailing melodica flailing in a wash of upright bass, ukulele and plucked violin strings. Later in the imbalanced waltz, having wavered softly among liltingly impressionistic, paper-thin instrumentation for a spell, her vocals come cross-directionally and ghastly sounding, layers of Wells singing concomitantly, “Get a little piece and then give it away.” It’s a fitting induction that leads seamlessly into follow-up “Dirty Sneakers And Underwear,” on which Wells incorporates the hip-hop rhythms and breathless inflections found previously elsewhere, and for which she is at least partly known. Big drum strikes and atmospheric samples carry it out as Wells half-moans, half-sighs, again in multiplicity, “You got your hands on me.”

After, plucked strings and organ punctuate the classy capering of “Passenger,” a mash-up of street beats and chamber pop that features Wells lopping off the ends of lines and syllables in appealing bursts of barely caught breath. Subdued, never attending to the heights elsewhere in the record but content to meander along on the muscles of its rhythm alone, the track and its composite elements bleed a sort of breathlessness that underpins the desire for self-determination and presence spotlighted in the lyrics. Twofer “Mama’s Gonna Give You Love” and “Johnny Cash’s Mama’s House” further the mood, the former percussively all cymbal, snare and rim, its sampled squeezebox and handclaps growing in intensity while bass and a smoky-voiced Wells stroll and jockey in a co-cadence that later becomes a gallop. The latter’s shufflingly unobtrusive synth riff lends it a steady RPM as it stumbles through movements in Wells’ vocals, banjo and squalls of noise thrown in for effect.

The drugged-sounding opening line on record highlight “Let Your Guard Down” (the brightest in the bunch) immediately raises the specter of Portishead, and while its hazily jazzy aesthetic owes something to Beth Gibbons and company, the construction is all Wells’. Violins far in the back (at first) emulate computerized textures or perhaps orchestral tuning, and turn downright menacing later; cello downturns communicate an air of hip urban malaise and guitar is frequently edged off the side of the cliff by Wells’ understated howl. By the time Wells shrugs off the song’s reservations nearly four minutes in with an unbridled “guard down!” at the end of a beat-silencing run, signaling another late coming run on drums and guitar and cuing sampled god damn’s in the background, its packaging as a self-contained piece of thrilling, noir-ish hip-hop-pop can be fully appreciated.

Of perhaps more arguable appeal is the quavering quality of Wells’ voice, adding subsonic measures of uncertainty and doubt to the self-assured recordings as textures and discarded tones creep in on all sides around the album – scuffs of static, scarce notes on toy piano, a horn line compressed and twisted, tweaked until its muted squeak is hardly recognizable. The underlying strength of the record’s music, however, is much more sure. If Mama is a preview of whatever Wells and producer Dan The Automator manage on Pillowfight, their collaboration out later this year, it’s tantalizing; if it’s a one-off work, its breezy, creaky appeal could be merely happy circumstance. But in either case Mama is less potboiler than interlude, and enjoyable nearly all the way through – its lattermost tracks (“Fire Song,” “Darlin’” and “Instrumental”) being somewhat more of a drag. On tour this May with alt-classical outfit the Portland Cello Project, Wells, who in concert builds up each turn at the mic loop by loop, a la Andrew Bird, is not to be missed – on headphones, speakers, live or at home.