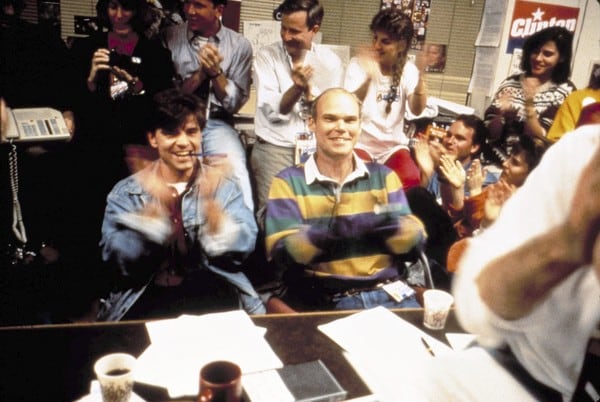 Let’s think back to 1992, those of us who were conscious of that year. The internet was in its nascent phase and the few who had email used Prodigy and logged onto a BBS. This means no Facebook or YouTube. Cell phones were not omnipresent. They existed in bulky, unwieldy bodies and were most often referred to as “car phones.” No one had ever heard of a DVD. Laser discs were about to flop. Our lives were not movies. We didn’t record our every step, photographing our babies and dinner and posting them somewhere for a multitude of disinterested “friends” to see and promptly dismiss. We didn’t text. There was no “checking in.”

The terrorist attacks of September 11, 2001 may have irrevocably changed the political climate of the United States, but those planes crashing into towers likely altered television news more than anything else. The attacks galvanized networks such as CNN, MSNBC and Fox News, turning them into 24/7 dope dealers that handed out the fix to information junkies and those who thought duct tape would save them from an airborne anthrax attack.

It is with this context that I revisit 1993’s The War Room, Chris Hegedus and D.A. Pennebaker’s examination of Bill Clinton’s 1992 ascendency to the office of President of the United States. It may seem quaint now with ubiquitous streaming footage of political candidates blasting moose from their Alaskan front porch or shows that take us into the cribs of rock stars, but in 1993 The War Room gave viewers a unique look at the machinations behind a political campaign. Hegedus and Pennebaker don’t frame The War Room as a typical documentary. There are no talking heads, it lacks narration and its subjects never address the camera. Instead, it’s a fly on the wall perspective of what went down in the offices of the men who helped vault Clinton to power. 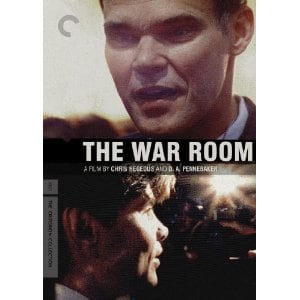 After the filmmakers were denied direct access to Clinton himself (although he does appear in the film), Hegedus and Pennebaker instead focus on a pair that are just as charismatic as the candidate they are supporting. James Carville and George Stephanopoulos, both well-known political pundits often featured on news programs now, are the true heartbeat of the film. What The War Room does best is capture the unique energy each man exudes. Chief strategist Carville, known as the “Ragin’ Cajun” is fiery and impetuous while the slick media director Stephanopoulos is calmer and more studious.

The War Room carves out the story of how these two men of polar extremes worked together to put Clinton in the White House. Stephanopoulos, a former Rhodes Scholar, is usually dressed to the nines in a suit and tie and does most of the campaign’s outreach to the press. Carville, on the other hand, spends much of his time pacing the campaign’s “war room” in Little Rock, wearing jeans and other relaxed attire. He is also a dyed-in-the-wool liberal, something that makes his relationship with Mary Matalin, George Bush’s strategist, even more perplexing.

Hegedus and Pennebaker’s film follows the exciting peaks and mundane troughs of mounting a presidential campaign. For every tense debate or primary election there is a roundtable meeting of demographics and strategy. The men and women in the film look exhausted, the nervous excitement of the campaign bolstered by caffeine and bad take-out food. They also quibble over every piece of minutia whether it be an adjective in a speech or the color of a font on a campaign poster. The War Room looks at strategy at both the micro and macro level.

In a day and age when the camera never really stops rolling and footage instantly makes its way to YouTube, The War Room is a relic from a time when we all weren’t so plugged in. Smartphones and the web have certainly had an impact on the way campaigns are run today, but the politics behind them are still the same. The War Room is a turning point of sorts, a demarcation of a time when backroom politics really meant just that and the dawning of a world where just about everything is on display for just about everyone was right around the corner.