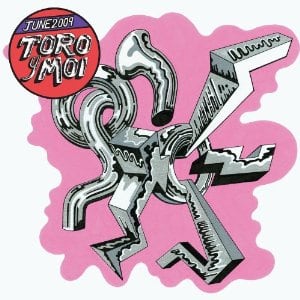 [xrr rating=2.0/5]The ambient, do-it-yourself chillwave subgenre emerged in the late 2000s with little fanfare but notable critical acclaim. South Carolinian Chazwick Bundick, who performs under the bilingual stage name Toro Y Moi, emerged just in time to hit the movement’s apex, launching a number of 7”, cassette and CD EPs in 2009 before gaining widespread notice with 2010’s Causers of This, which placed him in the same conversation with acts like Panda Bear. Trends move with blurring speed in today’s musical climate, and by 2011’s notably more soulful Underneath the Pine, Bundick had already shifted focus. In contrast, his recently released June 2009 returns to tracks plucked from his inchoate era. It’s a gamble to release a retrospective record only three years after the fact (though some tracks do predate the title), but given how much indie music fans enjoy discovering diamonds in the rough, Bundick seeks to offer latecomers a chance at unearthing what have been touted as unpolished gems.

This utterly low-fi compilation is the musical equivalent of an author’s collection of previously unpublished stories, and the end result is as hit-and-miss as such a format is prone to be. Factoring that in, it gets off on a particularly unsteady foot. “Best Around” injects some heartily plucked guitar and breezy synth, but Bundick’s languid vocals nearly reach unintentional comedy during his flaccidly falsetto “la-la-las” at the brief track’s coda. Sampled chatter introduces “Take the L to Leave” and the subdued synth has a decidedly ‘80s after-school special feel, but once again the flat-lined vocals derail any chance of even a chill groove.

The album’s three most fleshed-out tracks appear in sequential order near its middle. Bundick’s frail voice manages to achieve its intended charm with “Dead Pontoon,” evoking a strange brew of youthful angst mixed with the mirth of summer vacation as he sings, “Don’t worry ‘bout us losing everyone/ Cousin Rachel and we’ll go out on the pond/ We’ll get stuck in the middle of it all with a dead pontoon/ I don’t think I have enough battery.” Quavering guitar, a murmur of bass and a steady drum beat build into a cymbal-infused mini-climax that hints at the strides Toro Y Moi has made since 2009. The same vibe carries over into “Ektelon” as the guitar, bass and percussion emulate the previous track along with mirrored watercraft imagery, this time incorporating lyrics about floating down a river rather than stalling on a pond. To close, the track dissolves into an electronic scatter of crystalline tings. Completing the lone trifecta of effective songs, “Drive South” injects some funk, with a shimmying bassline that subtly channels “Thriller” (June 2009 was, after all, when we lost Michael Jackson).

“Sad Sams” shifts to a more atmospheric tone with massively reverbed vocals, a grinding synth and rapid cymbal strikes. But while the track adds welcome variety, it never quite manages to settle on a direction and instead wafts aimlessly. The same can be said for the remainder of June 2009. “Talamak (First Version)” opens with a distorted cosmic ascension leading into a spacey funk drop, and Bundick’s delivery is so diffuse that the meandering track gets disorienting. “Warm Frames” burnishes the tone but does so with a plodding pace that’s nearly anesthetic. The gentle acoustic guitar of “New Loved Ones” may add texture but the vocals echo too much for the song’s good, and the minimal instrumentation makes for an underwhelming outro.

After only two previous LPs, why Bundick opted for a compilation of rough cuts from his musically formative years is anyone’s guess, especially coming off his solid Underneath the Pine release that demonstrated his progression away from the unpolished conceits of chillwave and into a sleeker vein. June 2009 isn’t a regression so much as a mistimed and unearned stab at retrospection. Toro Y Moi devotees may enjoy rummaging through the unvarnished relics from the barely bygone era of June 2009, but for the less invested listener it’s difficult to shake the notion that Bundick just slapped together some shit he had lying around the studio. Geologic inaccuracies aside, sometimes a diamond in the rough is just a lump of coal.