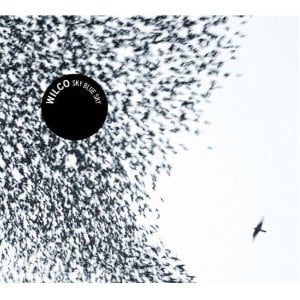 Drugs help. When Wilco frontman Jeff Tweedy went to rehab (no, no, no) in 2004, the band had just come off the masterful one-two punch of Yankee Hotel Foxtrot (2002) and A Ghost Is Born (2004), two of the most experimental, sophisticated albums of the decade. Then after he cleaned up, they produced Sky Blue Sky…which is not so much. Now, it’s not a bad album per se. “Either Way” and “Impossible Germany” are both lovely tracks, but it’s a collection of pretty acoustic songs that are exactly what detractors claim Wilco is: dad rock, forgettable and without much import. Am I saying that musicians should take more drugs to make better music? Of course not, but… if we get more Yankee and less Sky… – Nathan Kamal

After the stellar debut Food & Liquor (2006), which featured smart, smooth tunes about family, the injustices of urban life and skateboarding, and the socially conscious concept album The Cool (2007), hopes were high for Chicago rapper Lupe Fiasco’s third effort. It turns out that Lasers is a deeply flawed record, an artistic compromise between Lupe and Atlantic Records. The rapper has described the painful recording and release process that led him to depression. Lasers represents the clash between an artist struggling to be himself and businessmen struggling to make lots of money. Collaboration tracks with the likes of John Legend and Trey Songz are relentlessly formulaic and lack the creative vitality of Lupe’s first two efforts. Radio single “The Show Goes On” is a lazy appropriation of a beloved Modest Mouse tune. Here’s hoping that Lasers will ultimately be the only runt in a talented artist’s litter. – Jacob Adams 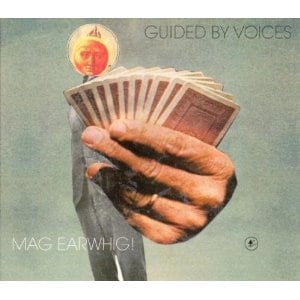 Haters will have you believe that Guided by Voices frontman Robert Pollard is “too prolific,” and that his putative incapacity for self-editing resulted in a discography with two or three great albums surrounded by inconsistent dross. For me, though, only the band’s 1997 release Mag Earwhig! comes close to being a front-to-back stinker. This album began Pollard’s trajectory as pop music’s Pinocchio: eager to shed his wooden lo-fi style and become a “real” rock band. To that end he booted all his previous bandmates, hooked up with punk outfit Cobra Verde, and composed a rock opera about “an insectile cartoon figure named Magnificent Earwhig.” This insect creature must not have been much of a muse, because Pollard turned in the GBV oeuvre’s weakest batch of songs, a turgid mess with little personality. Contrary to conventional hater wisdom, Pollard did eventually get his groove back – even the maligned Do the Collapse contains enough great songs to merit reevaluation – but Mag Earwhig! (that exclamation point working overtime to compensate for the dull music within) stands as a reminder that even geniuses have their slumps. – Brian Wolowitz

It’s easy to pick duds from Prince’s post-Emancipation work, less so from his golden run in the ‘80s. But try as I might to appreciate it, I can never get into Prince’s post-Purple Rain journey into psychedelia, Around the World in a Day. Though it’s graced by one of his all-time best songs, “Raspberry Beret,” the rest of the album sounds like Prince merely trying his hand at a genre merely to test himself. It lacks the true genre immersion that categorizes his best work, and indeed he’d do psychedelia better on future releases. Here, it’s just too withdrawn, processed with the same solipsistic electronic approach that defined his pre-Revolution albums. That’s fine for his early, compelling robo-funk, less so for a genre all about love and expansion. The songs on Around the World all sound like they’re about to explode into something huge, only to get stuck on the way. Thankfully, it didn’t take Prince long to better incorporate this sound into his repertoire. – Jake Cole