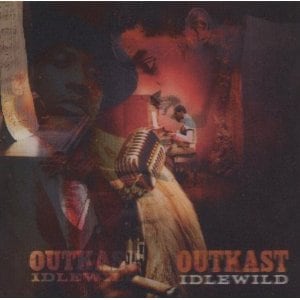 It’s an absolute travesty that Idlewild, Outkast’s sixth studio album, isn’t hated on more. Speaking as a longtime fan, I’m shocked and appalled by how, to this very day, people are willing to make excuses for it. During its release in the summer of 2006, Kast were still riding high off the critical and commercial acclaim of their Speakerboxxx/The Love Below album. With that outing moving over 11 million units (!) and delighting both traditionalists (with Big Boi’s half) and pop fans (with Andre’s “Hey Ya!”) the stakes were high. I’m fairly certain tying this collection of atrocious songs to their comparatively better film Idlewild was just to give their fans an excuse for how critically maligned the release was going to be. Not to mention, the actual film Idlewild contains more music from the duo’s Greatest Hits’ bonus tracks than from the soundtrack itself. Combining a frustrated Big Boi, whose creativity was at a career low, alongside an Andre 3000 more interested in experimenting in other genres at the time without the eventual mastery such a release would require, this was a recipe for disappointment. While there are some great moments (“The Mighty O” is among their best singles and “The Train” remains a nice farewell to the group) the disc is obnoxiously bad. It’s telling that in the final days of the Tower Records liquidation when all rap CDs were $1.00, the store shelves were still stocked with Idlewild. – Chaz Kangas

Oh God, as much as I love the Cure, I’ve always wished that “Mint Car” (you know the one, “The sun is up/ I’m so happy I could scream!”) would take a long drive off a short pier. It’s just super that you feel so super but please. I don’t begrudge Robert Smith his giddiness – the cabaret silliness of Japanese Whispers’ “Lovecats” is one of the best songs of their catalog – but the aggressive cuteness of “Mint Car” always felt like a betrayal, a breach of contract. Other songs on this album are bizarre to varying degrees of offensiveness. Robert Smith wears big sneakers and drowsily half-raps! (“Club America”) Robert Smith plays a casino! (“Return”) Robert Smith does the rhumba in calypso sleeves! (“The 13th”) Robert Smith streaks through the air on a glittery winged strawberry! (“Mint Car”) WHAT THE HELL. It might not make for a great album, but I’d love to see the coloring book. – Stacey Pavlick 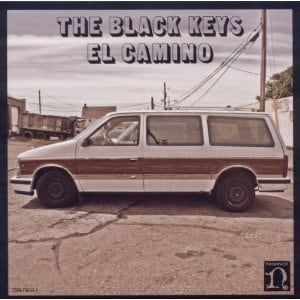 While being overshadowed by a certain peppermint candy-themed blues duo in the early 2000s, the Black Keys were putting together one of the most consistent discographies that still stands head-and-shoulders above any act to come out of the early-aughts garage/blues rock revival. Then, in 2011, they delivered El Camino, a complacent, tedious record. Despite the outstanding “Lonely Boy,” there’s little else to set El Camino apart from its predecessors. Sure, there’s some solid hooks here and there, but they’re not as memorable or original as on Rubber Factory or Brothers. Simply, the band doesn’t execute their vision with the same vigor and swagger as they did on every record before it. It’s little more than an average rock record that gets hyped because of the artists behind it. The Black Keys have always pushed the limits prescribed by genre labels such as “blues,” “garage” and “indie”; on El Camino, they do little to elevate themselves above the same generic markers. – Kyle Fowle

Never had R.E.M. been so mellow, so chill, so sedate and calming — or so damn milquetoast. Around the Sun offers up a few flickering (and heartbreaking) reminders of R.E.M.’s tightly constructed jangle or the porcelain beauty of tracks like Up serenade “The Apologist.” But those reminders are so diffused by synthesizers and sleepy melodies that they’re difficult to even notice. Like Up, Bill Berry’s touch is a notable omission from the mix. Unlike Up, Stipe and company don’t seem to be experimenting with a new sound as much as forgetting what made the one of their I.R.S. years so damn exciting. – Michael Merline