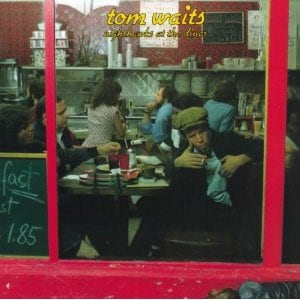 Tom Waits has released a lot of weird stuff in his time (the Black Rider soundtrack has its moments), but none of it reaches the level of futility exhibited by Nighthawks at the Diner, which stands as the kind of album that becomes less enjoyable with each listen. Recorded in a studio in front of a small group of friends, posing as an impromptu live show, it features as much of Waits talking as him playing; even the songs themselves are jangly and improvisatory. Listening to him jabber on a talk show or in brief pre-song patter can be entertaining, but the volume here quickly becomes wearying. – Jesse Cataldo

If Jay-Z hadn’t followed it up with American Gangster (a very good throwback album) and The Blueprint 3 (fine enough and a huge commercial success), we might now regard Kingdom Come as the beginning of the end for an artist who can, not without legitimacy, claim to be the “best rapper alive.” Unfortunately, we’re now used to losing our best rappers to untimely deaths, but with Jay-Z, hip-hop fans had to contemplate how they would deal with a hallowed rapper simply getting old, creaky joints and all. It turns out this isn’t a pretty sight: it involves beach chairs and Chris Martin. Despite an absence of good material – lead single “Show Me What You Got” is the obvious highlight (though it was later improved upon by Lil Wayne), but I have sentimental affection for “I Made It” – Kingdom Come is nonetheless interesting because of its failure. Rappers are always testing the limits of what they can get away with, but this was the first time a rapper this big attempted merely to age gracefully. He might very well have laid the path for another rapper to one day pull this off successfully. – Trevor Link 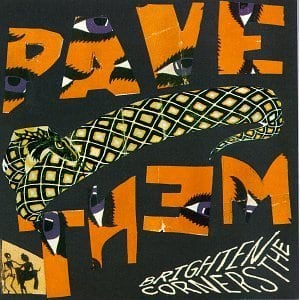 Brighten the Corners by Pavement (1997)

Brighten the Corners came when seminal slack-rockers Pavement had reached peak popularity, or at least peak cultural saturation. Besides being their second best-selling record apart from the classic Crooked Rain, Crooked Rain, two of its singles, “Stereo” and “Shady Lane,” had hiply off-kilter videos to go along with the oblique and playful stylings of the songs – and band – themselves. But for a bandspan heavy on innovation and firmly resistant to labels, Brighten the Corners comes off sounding too safe, hardly daring. The unhinged Stephen Malkmusness of predecessor Wowee Zowee was reined in considerably, and the album’s back half can’t match the first’s exuberance. Whereas 1999 follow-up and swan song Terror Twilight was the bombastic, wistful sign-off of five guys through with giving a shit, Brighten the Corners represents that first half-faltering step that led the band asunder. – Joe Clinkenbeard

Human Touch was Bruce Springsteen’s first misstep, an album filled with songs that feel like cast-offs and rejects. For a publicity stunt, Springsteen released both Human Touch and the slightly superior Lucky Town on the same day in 1992 after making fans wait almost five years. He should have just released one record with the strongest material. While the inept Working on a Dream is home to its share of stinkers, there is absolutely nothing about Human Touch that warrants repeat listens. Springsteen replaced almost all of his E Street Band members with sessions players and the results show. Have you even heard of “Roll of the Dice,” “Soul Driver” or “57 Channels (And Nothin’ On)”? Worst of all? The album clocks in at a leaden 59 minutes. Human Touch is the first real stinker in a career filled with the utmost quality. – David Harris