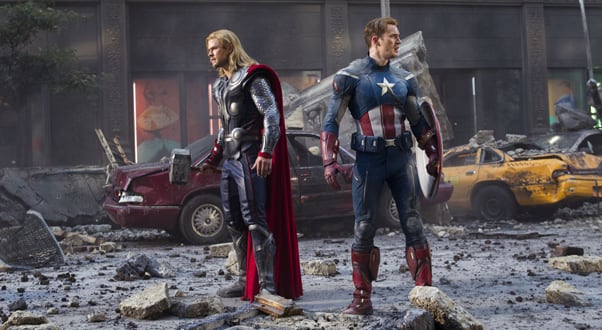 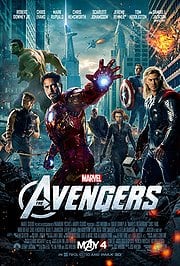 My biggest fear going into The Avengers, the supposed culmination of the barrage of Marvel Universe comic book movies that have been bombarding us the past few summers, was that it would be a Frankenstein-pastiche of characters fighting for screen time and therefore reducing each superhero’s part into a mere cameo. While that preemptive fear was allayed by generous screen time for Iron Man, Captain America and company, writers Joss Whedon (who also directed) and Zak Penn have transgressed in a way I couldn’t have imagined before I witnessed it with my own eyes: they made The Avengers very, very boring.

It is immaterial whether or not I read comics because as a film, The Avengers filled me with ennui, not a good sensation for a popcorn movie loaded with explosions, creatures from another dimension and a green behemoth determined to smash everything in sight. Sure, The Avengers accomplishes everything you would expect in a comics movie with the added spicy pizzazz of a Whedon script. But shouldn’t a movie that costs millions to make reach for the stars rather than be merely serviceable? That’s a huge letdown.

Whedon and Penn decide to devote much of their script to the growing pains associated with the formation of the Avengers, wringing schmaltz from an age-old golden rule of team work. Egos clash, muscles ripple, rivals bristle but eventually the Avengers figure out that working together rather than against one another is the key. Pretty fucking stupid when Loki (Tom Hiddleston) and a cadre of inter-planetary goons are threatening to destroy the Earth. But hey, it gives Whedon an opportunity to drum up superhero on superhero fighting porn as Thor fights the Hulk and Iron Man fights Thor and Nick Fury fights Hawkeye. It’s the most expensive version of Marvel Vs. Capcom ever produced but even less exciting than watching your little brother play on your crappy 12” television.

So what’s my problem? There is absolutely nothing at stake here. The Avengers picks up the threads from a handful of prior films and tries to create a reason to bring all these superhero together in one place (besides make a shit-ton of money for Marvel and Disney). We all know that Whedon is supremely talented when the sky’s the limit. Hell, look at The Cabin in the Woods or Serenity to see what the man can do when his imagination runs amuck. But with The Avengers he is hamstrung and leaves us with a story that lacks not only gravitas but no human element whatsoever. Peter Parker and Bruce Wayne (often) succeed in their filmic incarnations because there is something tragic and human in their narrative arcs. In this rancid amalgam we get nothing but explosions and long, boring passages filled with sermonizing and stale dialogue that makes the most recent Star Wars trilogy read like eloquent theater.

So what is the gossamer of a story about? Nick Fury (Samuel L. Jackson) assembles the Avengers after the banished Loki steals the Tesseract, a glowing cube of energy that will allow him to open a portal and destroy the Earth. So Fury calls in Iron Man (Robert Downey Jr.), the thawed-out Captain America (Chris Evans), Natasha Romanoff aka Black Widow (Scarlett Johansson), Thor (Chris Hemsworth) and Bruce Banner (Mark Ruffalo, stepping in for Edward Norton) to join the fight against the banished Asgardian and his minions.

While the action sequences are dull, the film’s extended sections where Whedon tries to explain each and every backstory without pandering to the demographic too much feels interminable. Whedon must walk a tightrope of not saying too much (and thus alienating the fan boys) and saying too little (wiping out the folks who don’t know the difference between Steve Rogers and Bruce Banner). Also, I hate to say it but Loki really isn’t a very interesting villain. With all of these factors working against him, Whedon turned out reams of dialogue that not only feels flat but sucks the living joy out of a picture that should be about thrilling its audience.

However, I think the problem is inherent in the format. Can comic books really successfully translate into a film, especially one that packs in a lot of characters? Sure, you can count the good ones (Burton’s Batman, Nolan’s Dark Knight films, the second Spider-Man feature) but often times comic book movies are lifeless or downright silly. That is because comic book writers can suspend the drama and stretch it out over multiple issues, creating a story arc that can be both exciting and resonant. Think of the stories by Chris Claremont and Peter David and how they take multiple issues to sustain. In a movie like The Avengers, you have to cram everything into two hours, removing any sort of true peril to the characters or any real reason to care. It would have taken balls to end with a frozen Han Solo moment. But it didn’t.

While researching for this article I found evidence of sequels to Thor, Captain America and Iron Man all in the works. Maybe there is one thing these films have in common with the comics industry. They keep going and going, no matter how shitty the story. As long as someone keeps paying for it, you can rest assured we will see superhero films during the summer. And if that doesn’t work, they will reboot the idea two years later.