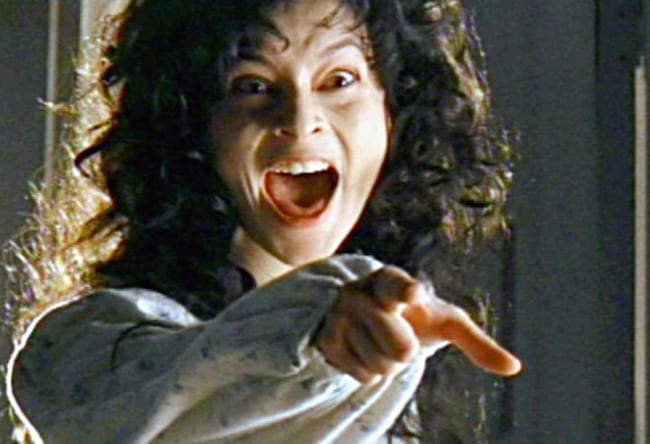 Don Siegel’s version of Invasion of the Body Snatchers has proven one of the most durable sci-fi allegories ever committed to film, a classic that stands as one of the bulwarks of the genre. But that monumental status comes at the expense of clarity because it’s impossible to say, with any definiteness, what the central allegory is about. For the liberal-minded, it’s an attack on the conformity of ‘50s culture. For the conservative, it’s a distillation of the creeping threat of Soviet communism. The possibilities don’t end there; the film’s ideological blankness allows it to act as a mirror, giving the viewer the chance to see whatever they want inside.

Whatever your stance on what an allegory is supposed to achieve, whether this central blankness is a sneaky coup or a failure to commit to a side, it’s indisputable that the Siegel’s setting of the trap is airtight. It doesn’t hurt that the black and white palette, along with strangely canted angles and an atmospheric sense of dread, help to diminish doubts, and the resulting movie remains creepy and unsettling even nearly 60 years later. 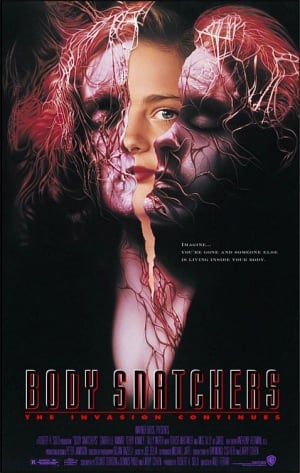 Thirty-seven years after Siegel’s rendering, Body Snatchers was adapted again by Abel Ferrara, in a move that seems like a direct challenge to the reserve of the original, coming from a director known for anything but subtlety. Ferrara claimed to go back to Jack Finney’s original story for his source material, but the allegory he comes up with is just as vague but as in Siegel’s version, only for entirely different reasons. This is mostly because it’s never clear exactly what Ferrara is railing against. In the original the blankness felt like a conscious choice, an example of a director playing his material close to the vest. In this case it feels simply unhinged, giving the film the loose feel of a manic rant.

Switching the point of view from a middle-aged scientist to a disaffected teenager, Body Snatchers follows Marti (Gabrielle Anwar) as she adjusts to life on a military compound. Her father (Terry Kinney), a scientist and EPA agent, has been called in to investigate biological weapons at an Alabama base, and his family follows, settling into pre-fab housing in a miniature rendering of a suburb. This opens up the field for any number of possible targets, from environmental irresponsibility to the indoctrinating practices of public schools to the close-minded culture of the South. The hive mindset of the army seems to signal that Ferrara has a bone to pick with conformity in general, culminating in an attack by alien force that makes everyone the same. But his issue of choice is so amorphous and so immaturely rendered that the film shows the increasing strains as it develops the plot. Yet the wackiness never goes far enough to make this anything close to a deranged masterpiece.

Like most of Ferrara’s films, Body Snatchers is never short on passion. This is one thing the original does lack; while scary and impressively baroque, it can feel bloodless. Its monsters are close to actual human beings, and their insidious evil is subtly presented. That’s not a problem for Ferrara’s version, whose aliens point out remaining humans by emitting ear-shredding screams. Body Snatchers fails at allegory, but succeeds at turning the original story into a crazy mess, a situation that makes you wish it had pushed just a little further.