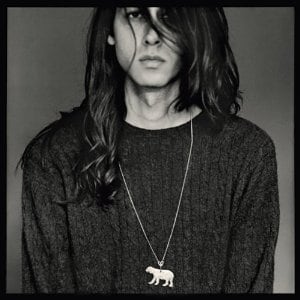 [xrr rating=2.0/5]Pleasant does not mean bad. Of course, it doesn’t mean good, either. More than anything, “pleasant” means innocuous, something that could be taken or left. With that context, saying World, You Need a Change of Mind, the debut album of UK act Kindness, may be a bit harsh, but it’s what the music of Adam Bainbridge comes off as. Pleasant and well constructed, but lacking in depth or intensity. As such, Kindness’ mix of smooth beats, synthesizers and mellow soulfulness is a perfect soundtrack to cool down to after a long night clubbing, but just like a soundtrack, is bound to be in the background.

As the one man act of Kindness (pun!), Bainbridge has slowly been building up internet buzz for the last several years, scattered tracks appearing on the band’s MySpace page and circulating on blogs. In particular, his peculiar tastes in cover material seem carefully chosen to tweak the interest of web-savvy tastemakers, two of which show up on World, You Need a Change of Mind: “Swingin’ Party” and “Anyone Can Fall in Love.” The former is a winsome country-inflected number by college rock heroes/shambling drunks the Replacements, while the latter is the theme song to never-ending UK soap opera “EastEnders,” originally sung by Anita Dobson. It’s a perfect collision of indie sensibility, cult sensibility, veneration of kitsch and trash; perhaps it’s cynical of me to view that as a targeted attempt on Bainbridge’s part rather than his own tastes, but well, here we are then. Both tracks are run through the same filter of deep bass, serene walls of synth and multi-tracked vocals, and end up sounding essentially the same as the rest of the album, which is remarkable for such disparate tracks.

And here’s the thing: World, You Need a Change of Mind sounds great. It’s perfectly designed music (of its particular variety), directly descended from Chic’s Nile Rodgers, Arthur Russell and a little bit of Prince. It’s calming music, while still seeming vaguely dance-appropriate, with enough jabs of funky guitar work (as on “Gee Wiz” and “Gee Up”), female back up vocals (“Anyone Can Fall in Love”) and shimmering keys (“SEOD”) to not entirely sound like a single, unbroken LP length track. But with that caveat and the complete failure of one track “Bombastic” (which has a distorted sense of swing jazz and sounds amazingly out of place), if you’ve heard the first 30 seconds of the album, you’ve heard it all. Does that make it bad? No. Does it make it good? Definitely not that. But it’s undeniably pleasant, and if you heard it in the background of a cool party, it would blend right in. But should music do that?