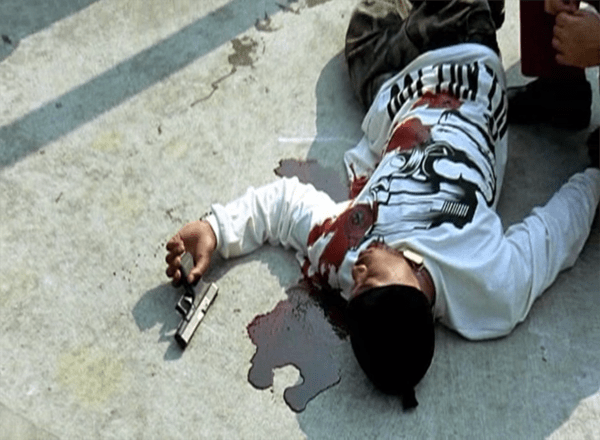 Nearly 10 years after the release of She’s Gotta Have It, Spike Lee was expanding his scope. While Malcolm X was officially an adaptation of the autobiography written with Alex Haley and Crooklyn was written with his siblings, both were clearly deeply personal to Lee. He shared screenplay credit on those films for the first time (although Malcolm X was hardly a collaborative effort since supposed co-screenwriter Arnold Perl died in 1971), but the finished efforts onscreen unquestionably rang with Lee’s distinctive voice. Clockers, released in 1995, was the first time Lee adapted someone else’s fictional story, and it’s the merging of Lee’s sensibility with that of writer Richard Price that makes it an exceedingly strong, sadly underrated film.

The film is based on Price’s thick slab of novel from 1992, for which Universal paid big dollars. The original intent was for Martin Scorsese to direct the film adaptation, drafting Price (who worked with the director previous on The Color of Money) to handle screenplay duties. Eventually, Scorsese turned his attention to the Goodfellas redux Casino instead and he drafted Lee to take over the project. Lee shifted the balance of the story a slight amount, favoring one of the two dueling main characters over the other, but otherwise the finished work is remarkably faithful to the original book.

Lee’s statement begins with the opening credits. They play out over a series of brutal crime scene photos as a slow groove soul song about “people in search of a life” purrs from the soundtrack. The film is a fiction, but Lee forcibly reminds the audience of the real-life consequences of the toxic behaviors depicted. This isn’t meant to be some bland crime drama or stern police procedural where the victims are happenstance that drives the plot. Safe as it is out in the theater seats (and even, realistically, with the oblong borders of the screen), blood is really spilled out where the pavement is reality rather than a movie set. 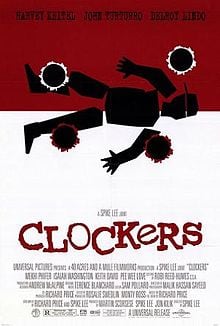 The story follows a street-level drug dealer (or “clocker”) called Strike (Mekhi Phifer in a vividly charismatic film debut) who is dispatched by his boss Rodney Little (Delroy Lindo) to take care of a fellow dealer named Darryl (Steve White) whose fingers have been a little too sticky. When Darryl is found shot dead in front of the fast food joint where he worked as a manager as a front, it’s not Strike but his brother Victor (Isaiah Washington) who confesses to the crime. Victor is a hard-working, upstanding family man with ambitions to get his brood out of the corrupting inner city, and soon his confession doesn’t sit right with Detective Rocco Klein (Harvey Keitel). It doesn’t take much imagination for Klein to suspect that Victor is trying to take the fall for Strike, theoretically banking on a self-defense plea and a clean record will earn him a lesser sentence than might befall his brother.

The novel split the focus fairly evenly between Strike and Rocco, but Lee’s interest largely settles on the former. In building out Strike’s world, Lee shows his great skill for evoking the natural rhythms of an interconnected neighborhood culture. With a few deft strokes, Lee makes all the interrelated concerns and conflicts of the people surrounding Strike fully evident. What’s more, he gives insightful life to the inherent contradictions that Strike lives with: the necessary posturing of toughness even as his body is rebelling against the stress of his job, the fascination with model trains that he shares with a younger neighbor (Pee Wee Love) right before explaining the fine art of cutting and selling drugs, the relationship with Rodney that can turn from fatherly to menacing in a hot, unpredictable moment.

Following the switched lens trickery of Crooklyn, Lee plays it relatively straight here, although the film is sharp and stylish enough that the moments when he does bend the image to his liking don’t come across as jarring. While it might seem nitpicky to hone in on the use of a single technique, it’s remarkable how effectively the overall quality of a Lee film can be discerned by how effectively he uses his trademark dolly shot, with the actors seeming to hover through the space as they move from one place to another. When it’s dropped in awkwardly, it’s usually indicative of a dearth of ideas that is present throughout the film. In Clockers, the first moment it’s used works wonderfully, heightening the tension that’s pressing in on Strike, the increasing lack of control he feels. It’s also employed a bit in a bravura sequence in which Rocco turns an interrogation into a helpful embellishment of a story. Lee’s not tweaking convention to show off. Instead, he’s honestly determined that it’s the best way to tell his story.

If there’s a place where Lee falters somewhat, it’s in the delivery of the film’s bracing moral. When it’s revealed that Victor is the killer, it’s with the insistence that he did indeed act in self-defense, but not under the most rigid legal definition. Instead, he was defending himself against the corrosion of society, a constant chipping away at his good nature by viciously rude patrons and a society of criminals that barreled into every corner of life, threatening harm simply because their angry attitudes and concealed, illegal firearms gave them license to do so. It should hit like a rueful condemnation of the regression of humanity found in the city (that’s certainly the way it comes across in Price’s novel), but it’s more of a soft collapse of the mystery. Lee doesn’t quite know how to drive the point home, opting for understatement that drains the power of the conclusion. It’s here that he could have used some of the ingenious mixing of the subtle and the overt that defined Do the Right Thing.

That small issue is a side effect of what is largely a positive adjustment for Lee in Clockers. Lee sometimes seemed to be straining a little too hard in earlier films to place his fiery stamp, raising that voice of his a little more loudly than needed to be absolutely sure he was being heard. With Clockers, he seems confident enough about the material to let it do the speaking, to merge his own voice with that of Price. In the process, he proves that sometimes harmonizing makes the most satisfying sound.