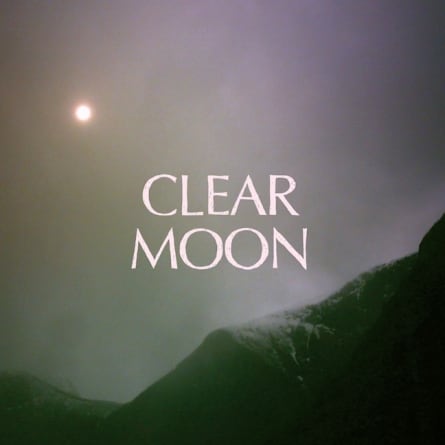 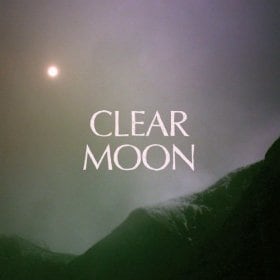 It’s not often artists imbue their music with a sense of place as strongly as Mount Eerie’s (and formerly the Microphones’) Phil Elverum. Having already derived the band’s name from Mt. Erie, near Elverum’s residence in Anacortes, Washington on the island of Fidalgo in Puget Sound, with Clear Moon the intention is even more overt. The first half of a pair of records to be released this year (Ocean Roar to follow in September), it’s ostensibly about “a living place as a modern questioning person, walking around and looking at things for 80 or so years before disbanding back into dirt.”

The album extends the alternate history first outlined in the final Microphones studio album, 2003’s Mount Eerie. At the beginning of the record, Elverum jumps off the bluff at Fidalgo Head into the bay waters (or as the liner notes describe, “In which the story begins, where you are born and run away from death up the mountain in fear and are watched by a ball of fire”). This time, Elverum is reborn as the island itself, a landmass unmoored from tectonic constraints, wandering Puget Sound and dissolving in the ocean somewhere. (Midway through the record, by the time “Over Dark Water” arrives, it’s already happened.)

Befitting a narrative outgrowth of this sort, Clear Moon treads the same territory musically as Elverum’s past work. The familiar sense of quiescent solitude that Elverum perfected on 2001’s The Glow Pt. 2 bleeds through dusty chords and wandering arrangements. And place associations reign: lush waves of synth (such as those on “the Place I Live” and the closing track) act as perfect corollaries for languid waters rolling over sand, and on “Over Dark Water” Elverum’s vocals hiss like fine foam cut by the prow of a boat, his referencing “the ocean” the cue for the track to shake out in crashing excess. As a result, the album often feels swept away, like some forgotten history.

Elverum’s shaky-handed, coolly luminous brand of highly contemplative folk is best on display within “Through the Trees pt. 2” and “House Shape.” In the former, a muted start leads to an airy percussive line sneaking in and growing as Elverum sings, echoing this track’s predecessor, home on 2009’s Wind’s Poem, “I can see the lights of town/ Through the trees on the ridge/ On my way home in the dark.” The rolling “House Shape” bursts two minutes in, scraping guitar dominating giving over to a siren-like drone and Elverum’s voice – timed to provide the pulse’s counterpoint, filling in the gaps syncopatedly. Both are satisfyingly arranged and emotive without being overbearing or tedious and somnolent.

Other tracks aren’t as fortunate. The skittering “Lone Bell” gets pulled under by its own hypnotic vortex of noise and piano, never emerging except in occasional punctuations of saxophone. Processed vocals, repeating, “Imagine a clear moon in a black sky,” lean lightly against the title track’s percussive and cymbal smashes while ascending texture swells try to inject further life into it. Two interstitial pieces, identically-named “(something),” fade in and out of existence so quickly they attract hardly any notice. But “the Place Lives,” in the insistent discordance it propagates as Elverum’s taciturn offerings, a squeezebox and guitar interlace and compete, and “the Place I Live,” which unfurls in deliberative string swells that coalesce to a steady hum, salvage the effort somewhat.

Overall it’s difficult to judge Clear Moon on its merits alone and not devote any consideration to how the two-record endeavor will sound together. With archly named instrumentals, an ending that feels more like the subdued dawn of a second act and the prospect of a follow-up immediately around the corner, Clear Moon feels slightly incomplete. As it stands, it doesn’t amount to anything as quietly monumental as The Glow Pt. 2, but its highlights are of the same caliber as the strongest slices of Microphones or Mount Eerie material. With Elverum renovating a new studio space and growing a small music festival in Anacortes, sending deeper roots in the region that has so informed his releases, the shaky union of man and mountain, singer-songwriter and sea is likely to continue.