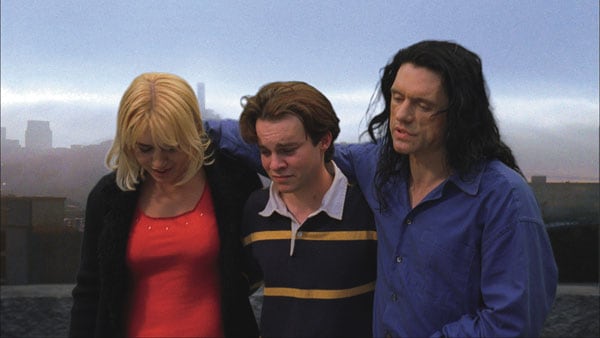 The little geeky film dude inside my head jumps with joy each time I utter the immortal line, “You’re tearing me apart, Lisa” to a friend or acquaintance and all I get in return is a blank stare. This means the person hasn’t seen Tommy Wiseau’s 2003 cult classic The Room, and I get to be the one to share it with him or her for the first time. Watching a Room newbie’s reaction to the asinine sex scenes, the forced melodrama and the irrelevant subplots is priceless. A character’s casual mention that she has breast cancer is completely ignored and abandoned for the rest of the film. Men inexplicable play catch with a football while sporting tuxedos. This could only happen in the world of Wiseau. This so-called “Citizen Kane of bad movies” should never be watched in isolation. The communal experience of gasping in outrage at the film’s narrative inconsistencies and laughing uncontrollably at the movie’s so-bad-it’s-surreal dialogue is what makes it one of the greatest horrible films of all time, as the many worldwide “special” midnight screenings of the film have proven. – Jake Adams

I’ll just go ahead and explain the bare bones of the plot. In a standard-issue post-apocalyptic future, Roddy Piper plays Sam Hell, the last fertile human male on the planet. Understandably, this makes him a precious commodity, so he’s equipped with a futuristic, computerized codpiece that administers a zap if he tries to flee his keepers, a commando unit of warrior nurses led by Spangle (Sandahl Bergman, in a natural extension of her Conan the Barbarian stardom). To properly take advantage of Sam’s virility, they need to retrieve the fertile women who have been taken captive in the city that has been set up by the mutated frogs who now rule society. Now imagine it as even more whacked out than that descriptions makes it sound (“Hey, you try making love to a complete stranger in a hostile, mutant environment, see how you like it,” is a typical line of dialogue), and you’ve got the proper idea of what a loony experience it is to watch this. At this point in time, I would rather not elaborate on the “Dance of the Three Snakes” scene. Like everything else in Hell Comes to Frogtown, it must be seen to be believed. – Dan Seeger 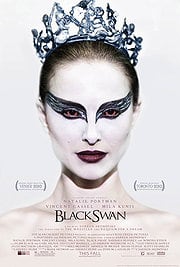 Black Swan, a half-dimensional tale of good girl vs. bad girl, is spilling with metaphors and symbolism that have all the subtlety of an Amtrak train ablaze and barreling through your apartment building. Nina (Natalie Portman) wears pastels, Lily (Mila Kunis) is always in black! Like the poems I crapped out in middle school about roses with thorns and mirrors shattering, this is deep-delving stuff.

Though you can map out every plot point from the trailer and predict each cardboard character’s arc (the obsessive mother, the pervy director), there are moments of pure, squeal-worthy joy to be devoured, such as the unexplained creepy staccatos, where Nina sees versions of herself lurking in glass reflections and screaming at her from the walls. Winona Ryder’s performance as a ballerina past her prime is wickedly fabulous and gives us the movie’s best scare scene. The soundtrack, based off of Tchaikovsky’s Swan Lake, is rich and haunting, especially in the film’s last moments, which combine everything we’ve plugged in the DVD for: dramatic choreography, a barrage of black feathers and batshit-crazy red contact lens close-ups.

Oh yeah, and Natalie and Mila get it on. Ridiculous? Who cares! It’s stupid-hot. – Tabitha Blankenbiller

I discovered Showdown in Little Tokyo under near-ideal conditions for happening upon a bad movie: a few friends, a few beers, flicking around the TV on a lazy Saturday afternoon. I’m glad we stayed tuned, discovering a movie so weirdly off-kilter that the whole thing seems like a joke, or a dream. A buddy cop action flick starring Brandon Lee and Dolph Lundgren, it’s full of half-baked Asian mysticism and radiates bizarre sexual tension between the male leads (“you have the biggest dick I’ve ever seen on a man,” begins one exchange). There are also extravagant villain death scenes, ritual suicide and gangsters eating sushi off of naked women. – Jesse Cataldo 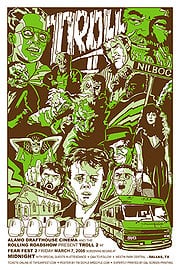 Where to even start with this glorious disaster of a film? The title itself is a joke, an attempt to tie this totally unconnected movie in with a 1986 horror film it has since eclipsed in popularity for all the wrong reasons. The actors are uniformly terrible, be it Michael Stephenson as the endlessly whining boy protagonist or the slew of men who give the impression that the casting director accidentally mistook a sex offender registry for an collection of headshots. Add a score of what sounds like royalty-free synth-pop to incongruously support the tale of vegetarian goblins converting humans into plants for food, and you’ve got one of the most compulsively watchable pieces of shit ever. Every stilted line (written by two people not fluent in English), every ludicrous goblin chase, every ultra-creepy appearance of “Grandpa Seth,” it’s all gold. I’ve watched it multiple times with the same friends and we’ve come up with all-new riffs each time. -Jake Cole