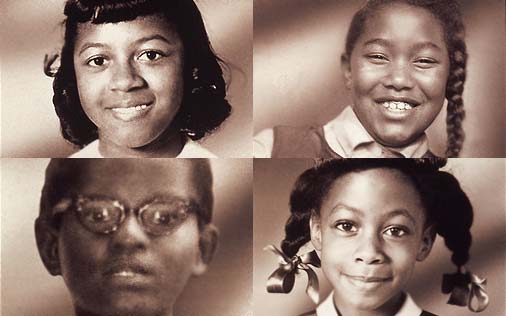 Spike Lee was in an interesting place in his career by the mid-1990s. He was probably about as famous as a film director could be without having a significant hit to his name (his highest grossing film to that point, Malcolm X, petered out before getting to $50 million), largely thanks to Lee’s willingness to offer deliberately provocative quotes to the entertainment news media. Acclaimed as he was as a filmmaker, he almost had more impact as a brand. However, there was a sense that even that wasn’t quite working any longer. Even as he tried to expand his scope, working with different writers and taking on slightly different stories, interest in his films was waning, evident by the commercial and critical disdain for Girl 6 and the arguably more troubling indifference that greeted Get on the Bus. Even Spike’s Joint, the New York shop devoted to merchandise associated with his films (think a Disney Store with Mo’ Better Blues posters and t-shirts instead of Mickey Mouse plush dolls), closed its doors for good in 1997.

If Lee was in need of a certain amount of artistic recalibration, he certainly found it in 4 Little Girls. Working as a documentarian for the first time in his professional career, Lee looked back to one of the most significant and tragic moments of the Civil Rights Movement, the bombing of the 16th Street Baptist Church in Birmingham, Alabama that claimed the lives of four girls: 11-year-old Denise McNair and Addie May Collins, Carole Robertson and Cynthia Weasley, all of whom were 14 years old. Taking place in the fall of 1963, the terrible incident is often cited as instrumental to getting the attention of the country, helping the passage of the following year’s landmark Civil Rights Act. 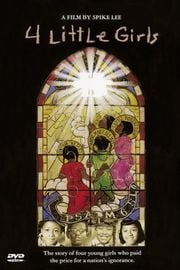 Lee had obviously dealt with matters relating to race and racism through much of his work, but he had typically framed them as a provocateur. It’s Mookie who unexpectedly and perhaps uncharacteristically throws the garbage can through the pizzeria window in Do the Right Thing specifically because Lee wanted to get audiences talking. There was cause to believe that Lee might tilt towards sensationalistic anger in revisiting the way the ingrained racism of the Deep South decades earlier had irreparably harmed the most innocent of the innocent. Lee’s reputation, not entirely undeserved, was for stirring up trouble and mercilessly scratching at raw nerves.

Little of Lee’s prior combativeness is evident in 4 Little Girls, though. Instead, he delivers the most somber, understated work he’d created to date. In some ways, he seemed to take his dramatic cues from Get on the Bus, which was at its best when Lee got out of the way and let the story and character conflicts unfold on their own, without overt prodding. While Lee’s voice is occasionally heard asking follow-up questions to the exceptionally well-chosen interview subjects that tell the story of the day (an impressive array of family, friends and reporters who clearly remember the chilling particulars vividly), he almost entirely cedes the attention to his subject, a basic task he sometimes had difficulty with in his fiction efforts. It’s as if he senses the very different import of the story he’s carrying to the audience, and he knows it requires a level of humble respect.

One of Lee’s common flaws in his approach proves to be a great strength in 4 Little Girls. The filmmaker sometimes lets his films became a little too scattered as he brings a wavering focus to his storytelling that can make something like Jungle Fever or even Crooklyn feel stuffed beyond reasonable capacity. In the documentary form, that means he provides a totality of context that only enhances the work. Without ever compromising the integrity of the remembrance for the quartet of victims that provide the film’s title, Lee incorporates important background of the state of the struggle that gives such disparate figures as Bull Connor, Fred Shuttlesworth, the Freedom Riders, Dr. Martin Luther King Jr. and George Wallace their rightful place in broader story. It’s that last person, the horrid, segregationist governor of Alabama at the time of the bombing, who Lee presents in the most memorable fashion. The director was able to interview Wallace, looking like a crumpled little man near the end of his life. The only real defense Wallace can offer is repeatedly calling over an African-American gentleman who he calls his best friend, the man forced to stand there in the frame, silent and uncomfortable as he’s used on camera as a cheap ploy to absolve earlier crimes against an entire people.

Even when Lee has got this grizzled bigot on the ropes, he doesn’t press in for the kill, letting his own addled actions be enough. The only time Lee slips a little into old habits is when he tries to draw parallels between the 1963 bombing and a series of arson attacks against black churches that had taken place around the time he was putting the film together. It seems dated now, but even in the framework of the film, it comes across awkwardly, an unnecessary stab of relevance in the middle of a moving history lesson. What Lee already had was strong enough. He should have known that he didn’t need to look to recent headlines to convey why the story of 4 Little Girls remained pertinent.