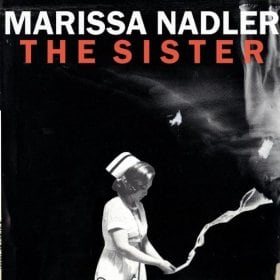 [xrr rating=3.25/5]You’ve got to be doing something right when your voice is described as being “one you’d follow into Hades.” Guitarist/ vocalist Marissa Nadler has established and percolated buzz over eight years and five albums of versatile, brimming folk-tinged expressiveness. Of all her listed influences including Tom Waits and Patti Smith, Nadler is the closest to a female 1970s Leonard Cohen. Her deceptively simple guitar style and quiet-storm mezzo soprano dance and dip into one another with a well-worn ease that few musicians capture- musical symbiosis at its finest. This translates well into the completeness, the fulfillment of her albums- they tend to be concentrated tapestries, with the additional instrumentation acting like a vessel, like how the moory “To A Road, Love” is floated along by a divine piano swell that gently rocks back and forth under Nadler’s soothing, rollicking “Hey hey.” Her latest, The Sister, is considered a related effort to her self-titled 2011 release, and as the title would indicate, it’s in a similar vein.

“The Wrecking Ball Company” opens with a plunky, glinting acoustic guitar line that acts as tension builder. Nadler sings that a beau “would need a wrecking ball to break the/ Cement ’round the heart,” haunting the chorus singing of barricades with an ethereal and echoed register that perfectly complements the thumping drums that bubble up. “Love Again, There is a Fire” by contrast is a crackling number, always threatening to spread but kept ashing and stirred by Nadler, guitar surprisingly absent. She sings over a rich piano build that ferries gorgeous vocals along right into “Christine.” Sounding like an amped-up “Suzanne” with a dash of Jack White’s cover of “Jolene,” Nadler gets her Leonard Cohen on in the best way, with guitar-picking noodly and rapid to complement the deceptive uptempo, and a mixed-down synth bubble encapsulates everything perfectly. As Nadler gradually sings, “The sea will surround you” louder, it swells beautifully, and the moment where it all goes away as she whispers, “What has become of you now, Christine?” the waves practically crash back together in the silence.

While The Sister is a solid album, part of its trappings is just that- it sonically balances itself out together with a rigid cohesiveness, but ultimately feels more like sketches of the similar being employed. The gorgeous picking and haziness of “Christine” is entirely too similar to “Constantine”, and even ignoring the mild similarities of the names, the songs follow too linear a path. Nadler finishes out strong with the breezy and enveloping “Your Heart is a Twisted Vine,” with bendy synth lines acting as markers between the complex, fluid guitar line, almost mimicking foliage grappling and grasping for Nadler’s voice, heart and soul. Overall it’s a charming record full of personality and Nadler’s voice as well as its versatility is an intoxicating beacon, but it doesn’t lead the listener as it should the whole way through. The Sister is a record that doesn’t disappoint, but doesn’t quite spark either.