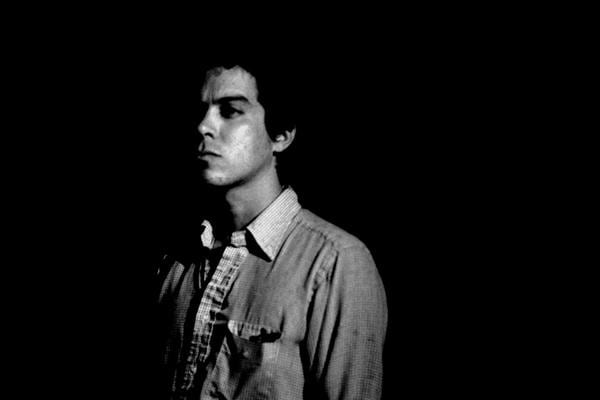 M. Ward’s show at Chicago’s Vic Theatre opened slowly and subtly. The drummer and bass player stood alone on the dimly lit stage as they launched into the groove of “Post-War.” After the duo delicately established the tune’s mellow vibe, M. Ward entered to appropriately soft cheers from the crowd. As he sang the song’s opening lyric, “Don’t they love you in mysterious ways?” and accompanied his own vocal with ultra-minimalistic guitar lines, my initial thought was that this was going to be a laid back, unassuming show. The next tune, opening track “Clean Slate” from M. Ward’s current LP A Wasteland Companion, did very little to change this first impression. The live rendition sounded almost exactly like the studio version, with a quiet four piece band supporting Ward’s lyrics about starting anew and growing older.

Things got a little heavier with “Watch the Show,” a rather didactic piece of social/media commentary from A Wasteland Companion. A keyboardist/organist was added, helping the ensemble achieve a rather creepy, atmospheric effect. On “For Beginners,” the first real “fast song” in the set, the keyboardist showed off his trumpet skills. The crowd roused with recognition once the tune began and clapped throughout the country-inflected number. Ward was obviously aware that he finally captured the crowd, since after the song he said, “OK… this is gonna be a fun show.”

The set started to build from this point on, with “Chinese Translation” featuring increasingly more aggressive lead guitar playing. The placement of the old-timey “Rollercoaster” and the hyperkinetic “Helicopter” back to back felt a bit misguided because of their similarity in lyrical content. Monsters of Folk song “Whole Lotta Losin’” was notable for the massive audience cheers after the line, “Running like thieves through the streets of Chicago.”

The shuffle of “Magic Trick” was fun enough, although it was at this point that I started to grow a little weary of M. Ward’s tendencies towards cute, and at times archaic, rhythms. “Me and My Shadow” felt a little empty without the vocal contributions of Zooey Deschanel. Ward then went into cover land, with a version of “I Get Ideas,” an old Argentinian pop song that Ward included on his most recent LP, and the classic Buddy Holly tune “Rave On.” The set proper concluded with “Fisher of Men,” “Never Had Nobody Like You,” and “To Go Home,” three uptempo numbers that built off the energy of the two covers.

The encore performances really elevated the show to a new level, though. Ward first did an authentic cover of “Roll Over Beethoven.” While some might chide him for lack of creativity, I was impressed with his ability to accurately channel the sounds of early rock ‘n’ roll. The tune “Big Boat,” while somewhat lyrically juvenile, featured Ward’s feverish, demented keyboard-pounding. The real kicker was “Duet for Guitars #2.” Ward came out on stage after the rest of the band had already left and performed this tune solo acoustic. The song had great dynamic range, with Ward moving from subtle overtones to pounding out complex rhythms. It was one of the more elevating instrumental performances I have seen in a while.

I have to admit that the final tune probably left me with a more exaggeratedly positive impression of the show than I would have come away with otherwise. Ward’s ability as an instrumentalist trumps his skills as a songwriter, though he has penned a handful of truly emotionally resonant tunes. His obsession with the roots of rock music and other American musical traditions is commendable. His simultaneously old-fashioned and progressive spirit kept me engaged for a full 90 minutes, and I would gladly bask in the glow of M. Ward’s unique art again.