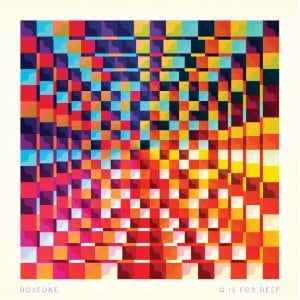 [xrr rating=4.5/5]Being a music fanatic often means devoting yourself to pet causes. Many of us let individual artists fill a gap in our lives that may otherwise have been the home to spirituality of some persuasion. We worship at the altar of Elvis Costello, we confess to the forgiving god Bruce Springsteen, we ask Patti Smith for forgiveness, we drink the blood of James Brown. It’s natural even if it isn’t necessarily socially accepted; surely there are better places to direct our energy, surely there are real life humans we could give our love to. And it’s made all the more confounding when we’re praying to an artist no one else seems to get– being a zealot for a popular figure is one thing, but an unknown? That’s just insane.

So yes, going evangelical for an artist like Oakland junkyard genius Doseone takes a certain kind of insanity and that’s something I know all too well. It’s an insanity that swept over me the first time a friend played cLOUDDEAD’s Ten, heading down Vancouver’s Commercial Drive late one foggy evening, his car stereo pulsing out the first sneaky lines of “Pop Song,” Dose chanting, “The wooden man and his splintering self/The wooden woman and her hollowing out” not like a lyric but a mantra. That I couldn’t quite parse out what it meant was sort of point: I wanted to know more, I wanted to dig deep and make these lines important to me personally and the life I was living. And dig deep I did. I hunted down anything remotely attached to Doseone, or his cLOUDDEAD partners Why? and Odd Nosdam. I swore allegiance to the label they co-founded, Anticon. I placed their work on endless mixes, gave their albums out as gifts, wouldn’t, couldn’t shut up about what they were doing. Because this was a sound that had been in my head for so long and never had I been able to communicate it half as well on my own.

And yet I recognized that this noise was set to a very specific frequency, audible to only a small number of people and appealing to only a smaller set of people within that. Doseone has certainly reached out to wider audiences, especially recently, as his 13 & God and Subtle projects indicate. But he’s done it on his own terms, with little regard for the pop environment on the whole and even less regard for the stricter indie climate he’s technically closer to. So feel free to take it with a grain of salt when I say that his most recent work and sort-of solo debut G is for Deep is his most listener friendly work yet. As much as G is for Deep is immediately recognizable as Doseone (with that voice how could it not be?), it’s also the furthest from his established sound he’s traveled in some time.

What’s first noticeable about G is for Deep is that it’s remarkably clear and consistent, particularly by Dose’s standards. This is an album that gets straight to its point, aiming to make you dance as much as it aims to make you think, if not more. It’s also clearly influenced by the peers and worshippers Doseone has brushed shoulders with over the years, whether at Anticon or elsewhere, from the twitchy dance moves of “Dancing X,” a clear nod towards Alias and Antonionian, or glitchy ballad for replicants that makes up “Therapist This,” itself seemingly an appreciation of the Anticon new wave of solo acts like Baths.

Where much of the rest of Doseone’s canon is full of diversions and distractions, whether it’s skits that stretch the definition of that term or experimental music interludes, G is for Deep goes in a different direction, sticking to a more organized palette of sounds and styles. For longtime fans of Dose it can be a bit jarring at first, but given the mantra of “I ain’t no settler” at the heart of “Thy Pattern,” it’s clear that Dose’s musical ADHD had in a sense become its own kind of settling and the conciseness and focus of G is for Deep is a way of breaking from that. Likewise, Dose mostly forgoes the battle rap-hardened vocal style he had recently returned to with Themselves in favor of a singing voice of surprising range. Moments like “End & Egg” find him channeling TV on the Radio, with whom he has collaborated in the past, turning in an alternately soulful and playfully antagonistic delivery while the aforementioned “Thy Pattern” unveils a more melodic version of Dose’s more recognizable flow.

It’s a transformation that forces a comparison to Dose’s sometime partner Yoni Wolf, whose solo outfit Why? has itself metamorphosized into an accomplished indie rock band. The bit crunched percussion and hard edged synths keep Doseone from fitting into that same territory– as does the overall optimism of the album, a stark contrast to Wolf’s infamous morbidity– but there’s no denying that this left turn from Doseone is every bit as unexpected as the quantum leap between Why? albums Oaklandazulasylum and Elephant Eyelash. Particularly in regards to poppy gems like “OwlShark,” a mesmerizing array of heavily multitracked vocal melodies and sweet, simple synth lines.

What’s even more remarkable is that Doseone keeps that energy up throughout the album, avoiding the backhalf fatigue that too often plagues adventurous works like these. G is for Deep would be a wonder just for the consistency of its execution but that it manages that feat while also reinventing Doseone’s style and showing he’s capable of surprising even his most devoted fans is incredible. It’s that artistic daredevilry that makes him such an easy artist for people to obsess over and while it may have kept him from larger success, in this instance it just may remedy that.