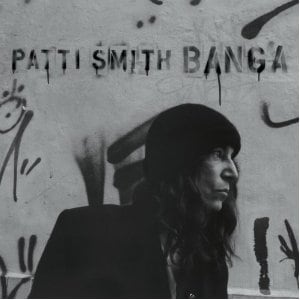 [xrr rating=2.5/5]We want our heroes to remain heroic forever. This is truer than ever before for those icons who gained their adoration by making exceptional rock ‘n’ roll music. There was a time when it was expected that musicians would flare out fairly early in brief, tumultuous, bleakly beautiful careers, not just because so many of them rode lifestyles of tattered self-destruction straight to oblivion, but because banging out the truth one rough-hewn chord at a time simply seemed so clearly to be a young person’s game. That established career timetable has been completely upended, however, and the new expectation, or at least hope, is that the greatest creators will toil on forever, constantly providing new material that bolsters their legend. Bob Dylan may receive no less an honor than the Presidential Medal of Freedom recognizing a vast lifetime of achievement, but he’s going to need to take a break from touring and prepping a new album to do it.

For me, it’s especially strange to see those that were associated with the punk scene (or scenes, more accurately) of the 1970s continuing to make music. Certainly there couldn’t have been anyone looking at Johnny Rotten in the middle of that decade thinking, “That mad bloke will surely still be making records almost four decades from now.” If anyone from that riotous time seemed like they might have some longevity to them, it was probably Patti Smith. The fiery intensity she brought to landmark albums such as Horses (1975) and Easter (1978) may not have seemed sustainable, but the music was clearly propped up as much by intelligence as it was by attitude. There was a poet there. She just happened to scream her stanzas.

Now in her sixties, Smith has delivered Banga, her first album of original material in eight years (the less said about her 2007 covers album, Twelve, the better). More than at any other time in her recording career, the poet has overtaken the punker. The glorious caterwaul that served her well in her youth and then surprisingly deep into her middle age is largely absent now, replaced by vocals that are more measured but full of emotion and character. Smith slinks up against the listener, sharing her bounty of literate ideas and earned wisdom.

The subsiding of force goes hand-in-hand with the emergence of detail and clarity. At times, the album plays like the well-read rock geek’s equivalent to Woody Allen’s Midnight in Paris, with the opportunity for self-congratulation built in for anyone who recognizes the references. “This Is the Girl” is Smith’s ode to the late Amy Winehouse (“This is the blood that turned into wine/ This is the wine of the house, it is said/ This is the girl who yearned to be heard/ So much for cradling the smoldering bird”) and “Maria” similarly pays tribute to Last Tango in Paris star Maria Schneider (“I knew you/ When we were young/ I knew you/ Now you’re gone”). Plus there are highfalutin literary references to the likes of Nikolai Gogol (“April Fool”) and Mikhail Bulgalov (the title of the album refers to Pontius Pilate’s dog, featured in his posthumously published novel The Master and Margarita). Parsing the influences and citations on the album is like drawing up a primer of the touchstone art valued by the coolest kids in town. This is an album created by a National Book Award winner, damn it!

Banga may be admirably erudite, but it’s somewhat lacking in passion. It may be as unfair to compare Smith’s current work with her artistic peak years and years ago as it would be to gauge the impact of a fierce thunderstorm strictly against that of a tsunami, but it’s also hard to avoid it. Even later albums such as Gone Again (1996) and Trampin’ (2004) had some punch to them. Smith now seems fairly content to settle into mid-tempo meandering. A song like “Mosaic,” with its lilting vocals, bounding guitar line and folky, image-laden lyrics (“The oracle was written on a silver leaf/ Last night I read the words/ Did you read them too”), even calls to mind a version of Joan Baez who was toughened up a bit by hanging around some junkie friends. Even with that added modifier, there’s a comparison I never thought I’d have cause to make. Only the title cut makes the speakers quiver a bit, and that has the odd effect of sounding like Smith’s clear influence on PJ Harvey has officially come full circle.

All of these little changes can be viewed as Smith’s growth as an artist, but it strikes me, sadly, as more like the signs of atrophy finally setting in to her musical gifts. Banga is no grievous misstep; it’s far too stolidly respectable to be termed that. And Smith certainly has nothing left to prove. A middling album is nothing worse than dings left by kicked up gravel on the undercarriage of her legacy. Not all heroes have to rage on forever. Even if they have to settle for tepid reenactment of what they once did so well, the stories of the old days still resonate well enough.