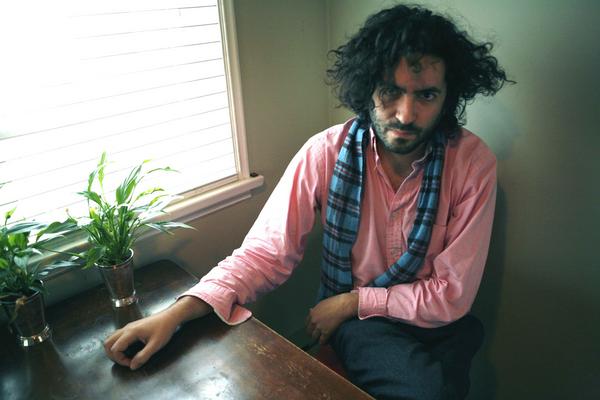 I swear that Dan Bejar was drunk last time I saw Destroyer play Portland. During the show, coming last year just a few months following the release of Kaputt, Bejar muttered into his microphone, clutched his mic stand for support and sat on the edge of the stage, quaffing beer during the song’s instrumental interludes. His songs already somewhat boozy, an intoxicated Bejar didn’t do much to elevate them above their already glorious recorded incarnations.

This time around, I was disappointed to find out that opener Sandro Perri inexplicably canceled just before the show began, so rather than suffer an ad hoc opener, I walked in the rain and waited for Destroyer to take the stage. When Bejar and his seven-man band finally arrived, they began the show with “The Music Lovers,” reaching back to 2004 and Your Blues. However, this song was merely a feint as most of the evening focused on songs from more recent efforts Destroyer’s Rubies and Kaputt.

Bejar, who seemed decidedly less soused, wore his white button-down shirt open to his chest and bushy hair splayed all akimbo, still played the reluctant frontman. He set up away from stage center, barely interacted with the audience and again sat on the stage during instrumental breaks. At his best, Bejar played the mysterious poet, rambling dense lyrics over the fine web created by his backing band. Second song “Savage Night at the Opera” was the least successful of the evening. An increased tempo drove the tune away from its original languid pace and into an unapologetic rocker. However, Bejar mumbled his lyrics to such a point that it recalled Bob Dylan on an extremely off night. Luckily, a great version of “European Oils” followed and washed away any sour memories.

More Rubies and Kaputt songs followed including the latter’s title track complete with tinkling synths, “Downtown” and a faster version of “Looters’ Follies.” More people crowded the front of the stage in the Aladdin’s pit than those who sat still in its orchestra section. Fans tried to interact with Bejar by shouting song titles and thanking him, but the singer deflected any entreaty to banter by staring down at the stage.

One thing that struck me odd at both Destroyer shows was the relative shortness of the sets. Bejar has released numerous albums under the Destroyer moniker, yet the set barely lasted 70 minutes, comprised of only 12 songs. “Chinatown” sounded great but sorely missed the female vocals that flower in Bejar’s rougher edges on record. “Blue Eyes” came off loud and ballsy and set closer “Song for America” arrived ripsnorting out of the gate, perhaps in hope of erasing the words “yacht” and “rock” that show up together in lazy Destroyer reviews these days, although the sax solos were absolutely killer.

Bejar finally cracked a smile during single encore number “Rubies,” now retrofitted to sound like a bonus track on an inevitable Kaputt reissue. It was a bold move, ignoring both “Bay of Pigs” and “Suicide Demo for Kara Walker,” but welcomed by the cheers of the fans in the pit. But that was it. The clock barely struck 10pm and the show was over. At least we missed the worst of the rain during that hour inside.