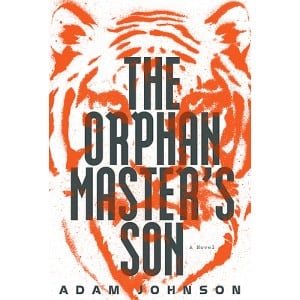 [xrr rating=4.25/5]From a historical perspective, the tragedy of despotism is not only the oppression faced by its victims, but that the victims’ stories—like their lives—remain subsumed under the despot’s forceful personality. Here in the Western world, we all have some inkling of the insanity of Kim Jong-Il, even if it’s only the cartoon-parody version found in Team America: World Police. But what of the millions of citizens who lived under his rule? Their stories, if they are known at all, will always be secondary to those of the Dear Leader himself.

Adam Johnson addresses this problem in The Orphan Master’s Son, an epic novel with the fleet spirit of a rollicking adventure and the grave intensity of an elegy. If the book has a significant flaw, it’s that Johnson never entirely reconciles these contradictory conditions. The mixed tone is occasionally awkward; certain passages that ought to hum with narrative propulsion get weighted down by the anvil of tragedy, and the prose sometimes has a molasses-like quality despite the absence of any particularly strong style. But the tale is more thrilling than not, and the attention to human details of one man’s life in North Korea—Johnson himself spent time in the country, though one suspects a novelist’s empathy was a more relevant resource for this project than a traveler’s notes—this attention acts as a corrective to the tragic anonymity of despotic nations.

Divided into two sections, Johnson’s narrative tracks the eventful life of Pak Jun Do: raised in a North Korean orphanage, joining a military kidnapper unit, going on espionage missions aboard a sea vessel and eventually to America, and confined to a hellish prison mine—and that’s only the first section. Part one is straightforward in its storytelling, each of its episodes fiercely vivid and powerful in its directness. In part two, wherein a fortuitous case of mistaken identity allows for many new twists and tribulations to Jun Do’s already loaded life story, the story becomes more diffuse: multiple narrators, obfuscation and mystery, a shift in focus. The book never quite regains the compulsive force of its early chapters, but its subsequent self-reinvention parallels the actions of the protagonist, and provides a fuller picture of the power structures—political, personal, and the constant meeting of the two—inherent to the society in question.

Johnson certainly gets points for audacity: here is an American writer producing an American novel set almost entirely in North Korea, with a cast of strictly Korean characters. (When the setting does shift, briefly, to the United States, Jun Do’s experience there mainly confirms his North Korean identity: “How to make someone understand that the scorch-water they made from the rice burned to the bottom of the pot tasted better than any Texas lemonade?”) There is no concession to Western readership, as one might find in a lesser novel, such as a character of an American journalist sent overseas to provide an audience surrogate for U.S. readers. If there is a precedent for Johnson’s achievement in this regard, it might be the hefty middlebrow tomes of novelists like James Clavell and Leon Uris, American writers who lit up bestseller lists in decades past by wading into international waters with a similarly immersive slant. But Johnson brings a literary finesse and emotional subtlety that those old-school epics were never obliged to furnish. At the same time, the story’s life-and-death stakes make other contemporary literary fiction feel hopelessly banal and muted by comparison. Who cares about coming-of-age stories set at boarding schools, or crumbling marriages, or baseball metaphors, when the unwritten melodrama of an impenetrable foreign land is written at last?