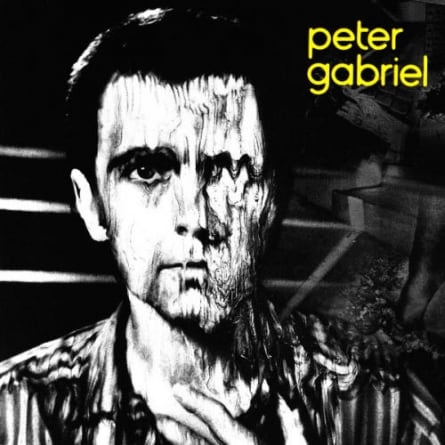 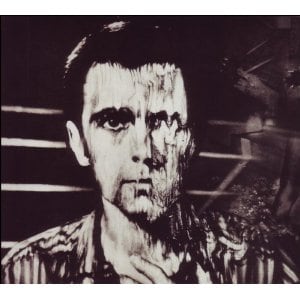 The cover of Peter Gabriel’s third solo album – usually referred to as Melt – depicts the artist’s face, throat and shoulders starting to disintegrate, an altered Hipgnosis photograph taken with a Polaroid camera. It is a troubling, disturbing shot, from its stark color scheme to the impassive, almost disconnected and eerily calm look that creeps across Gabriel’s face, which stares straight back at the viewer. It’s endlessly suggestive: here we perhaps witness the start of that horrible intersection between the dissolution of the mind and the decay of the body. The longer one looks at it, the more grotesque it seems to become.

It’s also an altogether fitting image for Melt, at least half of whose songs obsess over matters of psychological illness and mental distress. For all of its musical innovations – particularly a xylophone solo and the gated reverb used by Phil Collins, who’d soon bludgeon 1980s mainstream listeners with that technique – opening song “Intruder” is just as compelling as a study of the criminal mind. Gabriel’s burglar steals for no motives outside of enjoyment and thrills; coupled with the singer’s menacing vocals, the song establishes the tone for much of what follows. The insomniac of “No Self Control” readily cops to his precarious mental state, his simple lament that he’s “gotta get some sleep/ I’m so nervous in the night” evoking sympathy from the listener, to an extent; reading the lyrics a certain way, the man could be anything from a premier psychopath to a run-of-the-mill pervert. Elsewhere mental cases abound: in “Family Snapshot,” an assassin recounts his actions in a sort of uneasy confession set to music, its setting reportedly drawn from the Kennedy assassination as well as the attempted assassination on George Wallace; “I Don’t Remember” features an amnesiac who brings to mind some scandal-plagued politician pleading ignorance; the bucolic “Lead a Normal Life” ostensibly takes place in a hospital or mental institution (“Eating with a spoon/ They don’t give you knives“). These themes would eventually grow into a recurring trait in Gabriel’s catalog; he manages to create vivid, believably flawed characters and drop them somewhat unmercifully in the middle of an experimental rock landscape.

Gabriel’s other fixations in Melt veer heavily toward political and social commentary; some of these tracks, unsurprisingly, now sound dated, like so many topical songs do. The one major exception is “Games Without Frontiers,” which became one of the musician’s biggest radio hits and whose legacy was later pissed upon for the Winter X Games. One of Gabriel’s most literate and intricate songs, its anti-war message is presented in fairly oblique references to everything from lowbrow television shows to Chinese literature, brutal dictators and European nationalism. By comparison, the proselytized screed of “Not One of Us” is overly simplistic, a noble statement about racism and segregation reduced to platitudes and sloganeering. “Biko,” despite being one of Gabriel’s best-known songs, is a muddled mess, especially in its overuse of world music-inspired arrangements and group vocals. The song has probably received a free pass due to its honorable aims – railing against the injustice and abuse of power that surrounded the murder of South African activist Steve Biko in 1977 – but make no mistake: it has aged poorly, feels interminable and closes Melt on a decidedly bum note.

Melt today likely sounds less challenging than it did at the time of its release in 1980, 30-plus years of distance and influence/imitation having dulled its art-rock exterior. Famously, Atlantic Records refused to release the album, citing an apparent lack of commercial appeal; it’s obvious in 2012 that the label misread the album’s longstanding worth. For all of his artsy intentions, Gabriel never lost sight of how to craft a great rock song; it’s this skill that explains why a guitar-driven song like “And Through the Wire” can exist comfortably alongside the musician’s avant-garde endeavors on Melt. Its moralizing is commendable if a little trite at times, but the album’s focus on what the human mind is capable of in its darkest corners is what still makes it an enduring album 30 years after its release.