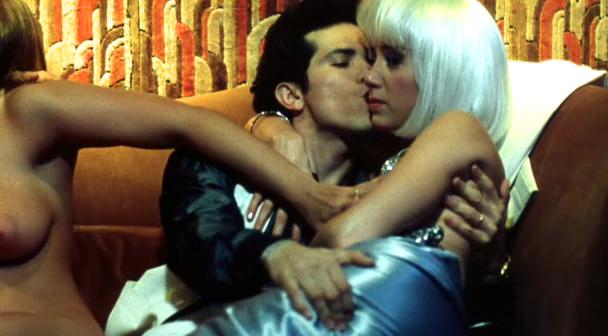 Millennium fever is all over the films of 1999. In a year with Y2K fears, we had films where the computers had literally taken over, where destroying entire metropolitan buildings had a profound effect on the rest of the country, where vaguely defined supernatural threats turned documentarians’ camera on themselves, where the middle class white male deteriorated his way to a violent death, if he wasn’t already dead all along.

It was also a year where school shooting paranoia became a widespread thing, appropriate considering a few months later we saw the debut of Summer of Sam, Spike Lee’s film joint about people affected by the reign of terror of the .44 Caliber Killer that captured a similar fin de siècle occurring in a sweltering summer of 22 years prior. Working with screenwriters Victor Colicchio and Michael Imperioli, director/co-writer Lee creates a film not about David Berkowitz’s killing spree, but one about how normally reasonable people act when faced with paranoia and a physical discomfort that increases with the temperature.

Summer of Sam came out 10 years after Do the Right Thing, but feels like a spiritual sequel in the way Lee similarly focuses on tight-knit communities in extremis thanks to heat waves, albeit in different contexts. While Do the Right Thing is very much a neorealist exploration of a contemporary society, Summer of Sam creates a period piece tableau with an abortive visit to that glittery coke den Studio 54, Reggie Jackson taking the Yankees to the World Series and the emerging punk culture at CBGB. Those bits of pop culture are essential to the Bronx community that Summer of Sam chooses to zero in on, particularly as it concerns our male protagonists, the married-but-unfaithful, drug-addled, disco club-frequenting hairdresser Vinny (John Leguizamo) and the newly minted punk Richie (Adrien Brody) who insists on affecting a British accent even though everyone in town knows who he is.

Once a man begins shooting women (and sometimes men) all around town, people begin to lose their shit: cops ask local mobsters for help, Vinny interprets a brief run-in with the killer as a sign from God, someone hypothesizes that Reggie Jackson is the Son of Sam and everyone starts to wonder what Richie is really up to. So, yeah, the New York City seen in Summer of Sam is certainly a low point in the city’s history, when one experiencing a change due to the punk movement suggests something much darker and stranger especially when juxtaposed against the glitzy, decadent disco lifestyle – growing pains to welcome in the oncoming 1980s. Homeless people, crack cocaine and AIDS are just around the corner! 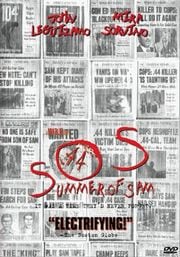 At the time of the film’s release, much was made of Lee directing a film with a predominately white cast, and while it’s tempting to view Summer of Sam as some kind of expansion on a “vendetta” against Italian-Americans as canonized by Do the Right Thing, it’s more helpful to view the film as being about mob mentality targeting people who are different. As the locals grow more distrustful of anyone who seems even remotely suspect, Richie with his weird hair and spiked collars becomes a more likely culprit. Once Vinny starts asking Richie if he worships the devil, it’s hard not to see a parallel with the year 1999 where any remotely offbeat subculture was tied into school shootings. The characters may all be white, but profiling is profiling.

In fact, on a curious note, the only time black characters appear in Summer of Sam, it’s through news reports featuring Lee himself as the newscaster documenting the looting during a blackout and an interview scene where some regular folk express hope that the killer isn’t a black man. The former scene is especially surprising – on paper at least – but Lee’s depiction of it reeks of sarcasm, the way that the pandemonium is depicted with a fervor more appropriate for Mel Brooks movies and described in a hilarious deadpan by Lee.

The paranoia reaches a near-apocalyptic fever pitch – ironically after Berkowitz is captured – when a small group of goons use Vinny as bait to get Richie out into the open and ripe for attack. It’s accomplished with a handful of characters and thus shockingly intimate but totally appropriate for a film where all the headline violence and death are a backdrop for more tangible and identifiable character interactions. At the time it feels like the ground might open up to engulf the world in flames, but the world didn’t end that night. People just regained their senses, mostly.

While the scale of Summer of Sam isn’t near some of Lee’s following films, there’s a remarkable ambition in his attempt to capture such dark and worrying times, which succeeds thanks to his focus on the micro’s reaction to the macro. Once neither the world of 1977 nor the world of 1999 ended, Spike Lee was free to move on past the darkness and into the world of satire.