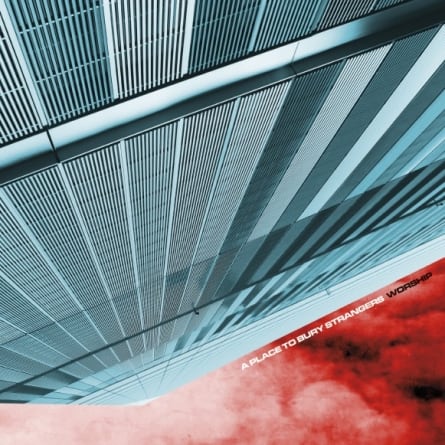 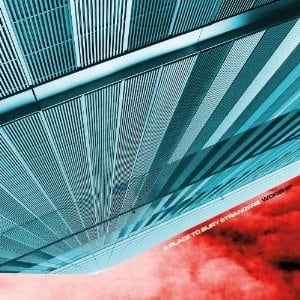 A Place to Bury Strangers still sounds like a curious mix of Jesus and the Mary Chain, Joy Division, My Bloody Valentine’s noise and the grand soundstage of Echo and the Bunnymen records. There’s plenty of straight-up guitar squall to be had on new record Worship, but vocalist and Death by Audio pedal-effects guru Oliver Ackermann takes every opportunity to show off his gear. Now that APTBS is a duo, his vision seems to play an even bigger part in the band’s sound, with his taste for machine-digested guitar noise at center stage. “PLAY THIS LOUD” is still the band’s motto; play Worship thru the right gear, and Ackermann’s manipulations make it their most chiseled and intentional album yet.

The effects used on Worship are all Ackermann’s own and created specifically for this recording. They all sound terrific, and that is his most noticeable musical strength, even if it forces Worship to work within what proves to be a very constraining (and marketing-flavored) formula. Wired up to some head-shaking cans, it’s a blast to explore where each track’s splintered sonics end up, Ackermann’s guitar zooming around dead center, industrial noises and booming drums a seething mass of noise that never feels subdued. On tracks like early-album standouts “You are the One” and “Mind Control,” vocals are clear and important but also somewhat shadowed and echoing as they drift behind an unspooling coil of razor-wire guitar. Worship is all about the incredibly dense collage of atmospheric buildup Ackermann and bassist Dion Lunadon cobble together for almost every track to back the Ian Curtis mumble of the singing. Because the album’s ear-scorching style is so continuous and unrelenting, “And I’m Up” stands out as a sweet pop-punk rocker even when a squealing guitar starts fluttering around a couple lines in.

Industrial, processed and fuzzy, Worship is nevertheless much more than just a wall of noise. A Place to Bury Strangers makes for a really effective unit with Ackermann’s intentions so narrow and consistently applied to every track with abandon, and the band’s melodic sense is more obvious this time around. Varied dynamics and a number of different feelings from song to song keep things interesting; “Slide” is a sleek, coiled animal wrapped around a galloping bassline, “Fear” and “Dissolved” are both dreamy rockers that play with shoegaze’s open-air coldness, “You are the One” sounds outright mechanical and (as the band claims) “Dissolved” is a blissed-out march that really does sound like the Cure.

If A Place to Bury Stranger’s rougher debut’s appeal was in its fresh sound and return to Loveless levels of volume and unabashed aural aggression, Worship is more focused on the band’s inspirations and how Ackermann’s equipment can paint those essential elements. The results aren’t perfect, but they definitely are all the duo’s own, and notable because of it. Worship sounds like lots of things and nobody else, all at once.