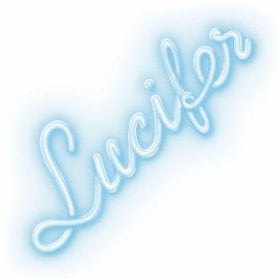 [xrr rating=3.5/5]Despite being only three albums into their young career, Peaking Lights have branded themselves with a distinctive, unique voice within the electronic/dub scene. And while dub has splintered into and influenced many different genres since its rise out of the soundsystem era in late ‘60s Jamaica, the husband and wife duo of Indra Dunis and Aaron Coyes, who make up Peaking Lights, seem to be fully entrenched in the original dub tradition; their 2011 sophomore record 936 represents the band’s most cohesive vision of that tradition, of languorous, dreamy soundscapes.

Still intact on the band’s third record, Lucifer, is a sense of organic arrangements, of textures and layers revealing themselves at a leisurely pace, never once jumping the gun or providing catharsis too soon – sometimes not at all, in fact. The two-minute opener “Moonrise” contains a plethora of elements, from marimba to wind chimes and distorted synths, but instead of being a claustrophobic piece of atmospheric nonsense, it’s a short, slowly unraveling introduction to the sonic themes explored throughout Lucifer; themes of sun-kissed afternoons, childlike naïveté and natural beauty are all underscored by snaking reggae-tinged bass lines and found sound. This is never more precisely executed than on “Beautiful Son,” a serene keyboard-driven cut that works its loops and gentle melodies into a tight, interwoven sonic narrative about birth, beginnings and beauty.

“Cosmic Tides” is a more accessible head-nodder, taking gated, processed hi-hats and subtly building them around echoing electric keyboard, swirling synths and a killer guitar lead. It’s a propulsive, Wailers-esque track that, like many of the cuts here, adds in multiple instrumental elements with contradictory precision and nonchalance. The way “LO HI” quickly builds from a sparse, industrial-like intro to a deep reggae groove is indicative of Peaking Lights’ reliable formula; like some of the best dub (and dubstep) music, there’s an underlying rhythm that both acts as a stabilizer and as a jumping off point for instrumental and mixing board improvisation – the coos and laughter of Coyes and Dunis’ newly born son can be heard amongst the interconnecting flutes, bass and organ. Thus, all at once, Peaking Lights are creating catchy, mellow grooves while also deconstructing them, suggesting that dub in 2012, in the age of DIY bedroom recording and sample chopping, is an increasingly relevant way to take pop sensibilities and morph them into something alien.

While Lucifer’s lethargic pace certainly tests the patience of the listener, the bevy of hooks, earworm melodies and hidden sonic treasures make this record another solid addition into the Peaking Lights discography. Dunis and Coyes have taken small steps in broadening their sound, subtly moving from dub and reggae influences into shades of synth-pop and more experimental electronic music. The result on Lucifer is a more refined, focused and accessible sound, one that remains tied to a long tradition of Jamaican music, yet refuses to confine itself to a singular definition. Like their arrangements, Peaking Lights continue to shift with their latest record, offering up relative familiarity with enough fresh, unique inflections to fend off stagnancy for the time being.