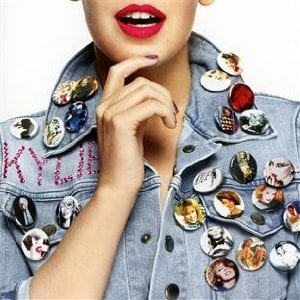 [xrr rating=4.0/5]From an American perspective, it seems Kylie Minogue has had quite the peculiar career. She first emerged in the late-’80s making children dance to her remake of “The Loco-Motion” on the Disney Channel, then resurfaced in the mid-’90s to star alongside Jean-Claude Van Damme in Street Fighter. She then came back in 2001 to have a monster hit in “Can’t Get You Out of My Head,” which lead to a series of successful stateside singles and also cemented her status as a gay icon. Unbeknownst to us, however, the rest of the world has had a solid run of Ms. Minogue for a solid quarter-century. This celebration of her recording career’s silver anniversary is capped off by a new greatest hits compilation The Best of Kylie Minogue.

It’s important to note that the title of this release is The Best of Kylie Minogue. It’s not necessarily her biggest hits nor an anthology, but rather (as per the title) aims to give us the best moments of the singer’s 11 official albums and more. Of course, the classic Minogue standards are here. From her early “The Loco-Motion” and “I Should Be So Lucky” days through shaping the sound of worldwide club music on “Love At First Sight” up though her 2010 album Aphrodite, no stone gets unturned to put together the best Minogue has to offer. This includes one song (“I Believe in You”) that was already the single from a previous greatest hits compilation. For the most part, this truly is the definitive Kylie.

It’s one thing to say Minogue’s kept up such an amazing career by changing with the times, but that might be something of faint praise. Truth be told, she made the times change to her. With lyrics that were smart enough to take a direct approach without being overbearing, Minogue’s voice has always walked the line between angelic and sultry, giving anyone looking to dance exactly the type of person they’d look to for inspiration. She’s kept things fun with the foresight to know what was going to take off. Look no further than the Paula Abdul-penned “Spinning Around,” which the “Straight Up” singer deemed not right for her own comeback, leaving Kylie to take it and be named by the UK’s Q magazine as one of the top 100 songs of all time.

As great as it is to have all these iconic songs in one collection, there’s really only two points of scrutiny. The first is the inclusion of Minogue’s 1992 cover of Kool and the Gang’s “Celebration.” While its place on the track listing can most likely be attributed to the singer frequently referring to it as one of her favorite things she’s ever recorded, it fails to reach the standard set by the energetic re-imaginings of the aforementioned “The Loco-Motion” and “Tears on My Pillow” elsewhere on the album. Otherwise, while the song selections are outstanding, their order is quite puzzling. While I can recognize that the sequencing makes for a smoothly continuous dance party, the jumping randomly across almost three decades of Australian pop music can make for a handful of uneasy transitions. Still, she’s lasted this long for a reason, and The Best of Kylie Minogue is a testament as to why. The bonus disc featuring each song’s video is also a stellar companion to a quarter-century of Kylie.