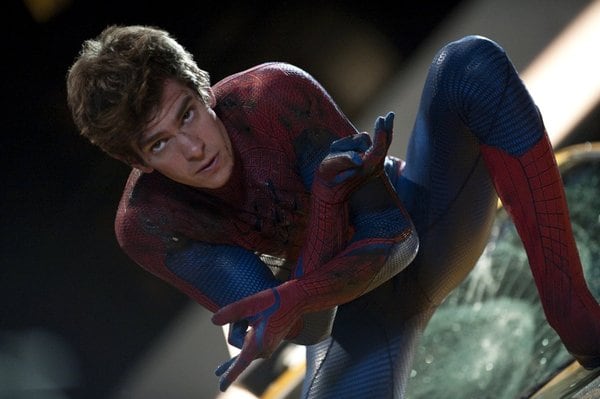 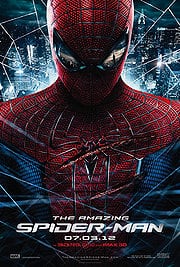 I was recently accused of hating fun. I was also told that I seem depressed. Both of these reactions came from folks who read my review of The Avengers, a movie I completely loathed despite near-unanimous critical praise from all other quarters. In a nutshell: I found it mindless, juvenile and, worst of all, completely boring.

I entered The Amazing Spider-Man with a sense of trepidation. The word “reboot” makes my skin crawl, and it hasn’t been that long since Sam Raimi and Tobey Maguire told a similar tale about everyone’s favorite web-slinger. Let’s look at the math – only 10 years have elapsed since Maguire first donned the suit and only five years have gone by since the middling Spider-Man 3. Does absence make the heart grow fonder? Columbia and Marvel are gambling on no, with hopes that one of the most popular characters in comicdom will bring the droves to the multi-plex this summer.

I’m pleased to announce that The Amazing Spider-Man, despite telling the same story again is not only successful, but a lot of fun to watch. Unlike the Raimi flicks, director Marc Webb is able to eke out the emotional piece that makes Spidey such a popular character. It is also easier to follow the action pieces, as the older Spider-Man films felt oddly cartoony and detached during fights and as Spider-Man swung his way across the city.

Webb and a team of screenwriters begin the tale in modern times. Peter Parker (Andrew Garfield) attends a New York high school where students carry iPhones and other up to date conveniences. Garfield is both likable and vulnerable as the awkward Parker, who is transformed into a superhero after a run-in with a mutant spider. While Garfield is just as effective as Maguire, Spidey purists will rejoice that this time around Parker creates his web-shooter devices rather than produces the material organically.

The Amazing Spider-Man takes its time to reach the action apex, giving us good character development and the sense of wonder that is missing from The Avengers. Parker is your average teenager, secretly in love with classmate Gwen Stacy (a radiant Emma Stone) and doting on his Uncle Ben (Martin Sheen) and Aunt May (Sally Field). But Parker is also conflicted. His parents died mysteriously, and when he unearths a hidden briefcase, Parker is led to the shadowy Oscorp where he meets his dad’s old partner, Dr. Curt Connors (Rhys Ifans) and that pesky little spider.

More than anything else, The Amazing Spider-Man is a story of discovery as Parker learns about his new powers and battles the hubris that this newfound supremacy creates. As fans know, Parker’s new-fangled self-esteem leads to the death of a person close to him, a sobering event that changes his motivations as Spider-Man.

Every superhero movie needs a villain and this time around it’s Connors. Determined to regenerate a missing arm, Connors injects himself with reptile DNA, an experiment that goes horrible awry and transforms him into the evil and powerful Lizard, sending him out into the streets of New York. Ifans does an admirable turn as both the conflicted doctor and his reptilian counterpart. While he may not equal Alfred Molina’s great turn as Dr. Octopus, Ifans’ Lizard certainly bests Willem Dafoe’s lame Green Goblin, creating a monster that is frightening and also deserving of pity. The Lizard isn’t the only foe Parker must contend with here. Gwen’s father (Denis Leary) is a straight-and-narrow policeman who is out hunting both the rampaging reptile and Spider-Man.

For a story that has been told before, The Amazing Spider-Man is surprisingly fresh. Even though the movie is a set-up for the obligatory run of sequels, it sets things off on the right foot. Raimi bested Spider-Man with his second installment in the series. I hope that Webb sees that trend as a challenge and creates a sequel that is every bit as exciting and human as its predecessor. The Avengers 2 could certainly take a page out of his playbook.